The Dodge Challenger continues to enjoy remarkable strong sales despite its age but we suspect this particular example will only appeal to a small number of Challenger enthusiasts.

This Challenger has been listed up for sale on Facebook Marketplace and is a 2018 R/T model. The car’s previous owner was clearly a huge fan of Star Wars and has equipped it with a plethora of alterations inspired by the fictional universe.

For starters, the exterior of the muscle car has been clad in a Stormtrooper-inspired wrap finished in white and black. As if that wasn’t enough to draw attention to the Dodge, it has also been equipped with Lamborghini-inspired scissor doors and includes a decal on the hood that reads “Yo, the force is within!”

Read Also: How Is Dodge’s Elderly Challenger Killing Its Much Newer Mustang And Camaro Rivals? 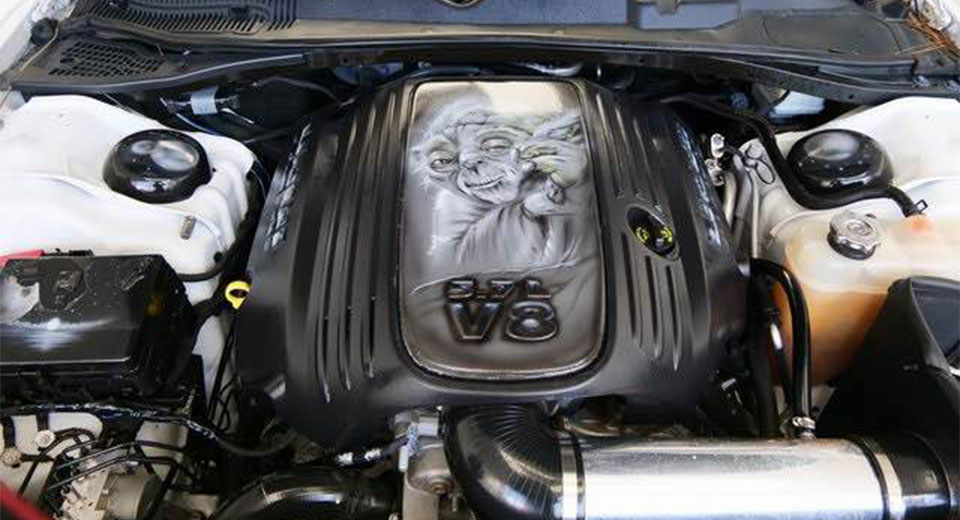 The modifications continue under the hood where the engine cover has a large portrait of Yoda. The cover of the fuse box also has a Star Wars-inspired paint scheme while the underside of the hood has portraits of various Star Wars characters, most notably Yoda and a large Stormtrooper.

The interior is also quite intriguing as it has been equipped with Stormtrooper seat covers while white plastic accents now adorn the transmission tunnel, center console, dashboard, and gear selector.

While the Dodge only has limited appeal due to the changes made to it, it isn’t exactly what we would call cheap. In fact, it has a $35,000 asking price despite having been driven 50,000 miles (~80,000 km) since leaving the production line.

Would you be willing to spend that kind of money on a Dodge Challenger that looks like this?

A Closer Look at the 2022 Toyota RAV4 Hybrid

Lego gets Fast and Furious with Nissan Skyline GT-R