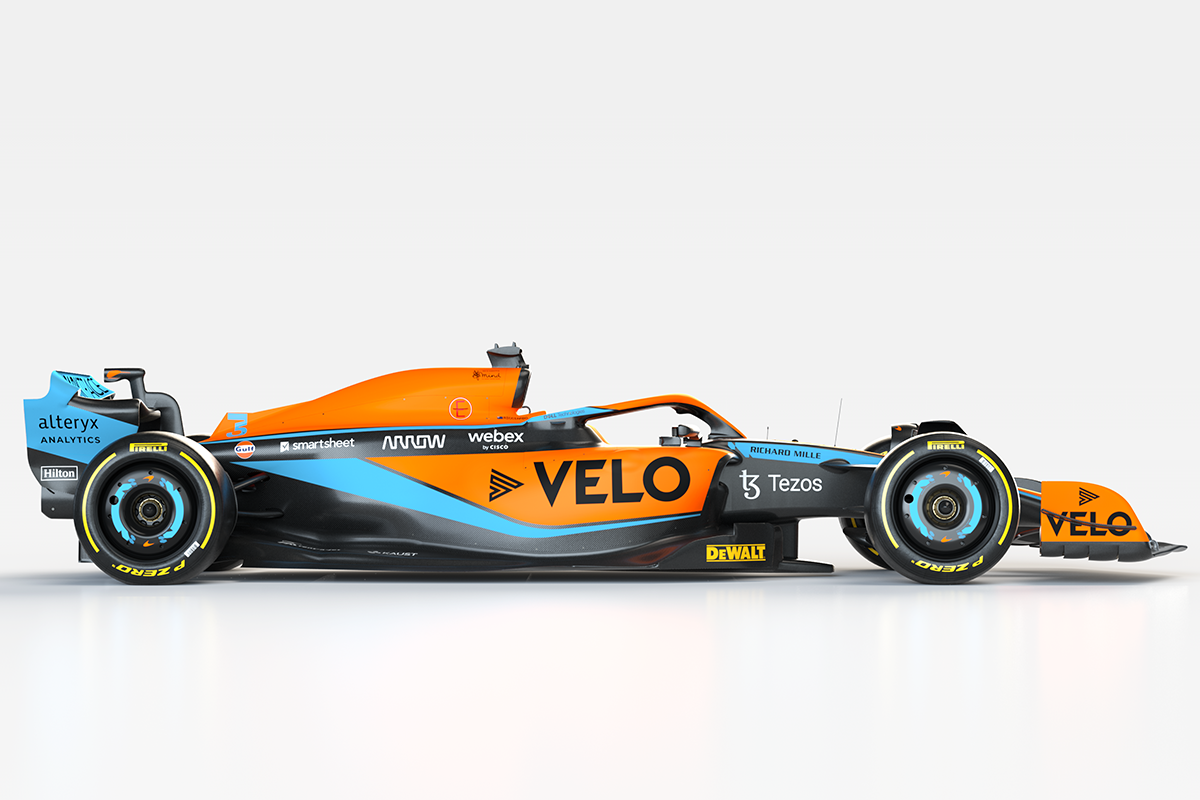 Formula 1’s all-new look is growing on Daniel Ricciardo as he and team-mate Lando Norris took part in the unveiling of the McLaren MCL36.

Significant rule changes have transformed the look of F1 cars this season, with simplified top surface aerodynamics and a return to ground effects.

McLaren is the fourth team to launch its ’22 contender, the newest generation of car markedly different to those they replace, with more stylised wings and a return to low nose designs.

“They’ve quickly grown on me,” Ricciardo admitted when asked for his opinion on F1’s new look.

“The aesthetics, the look of the car… I’ve seen a few cars have launched, even if it’s just pictures, they do actually look really cool.

“Cars have changed over time, and normally it takes a while to find a taste for it, but they do grow on you more and more, and I think it’s quickly grown on me.

“So I really do like the look of them. I think they look mean.”

Norris too suggested it’s a matter of getting accustomed to the new look cars, in much the way we’ve done with other developments in the sport.

“It’s like when you had the halo in Formula 1, the first few times you had it, it looked terrible, but now it just looks normal, and it looks like a normal part of an F1 car,” he said.

“I think that’s the same with this car.

“The first time we all saw it, it looks very weird and different, but becomes more and more normal the more time you spend with it and looking at it.”

The 22-year-old would though like to see the front wing lower to the ground, suggesting that looks out of place.

“It looks like it almost comes halfway up the front tyres,” he observed.

“What I think is really cool the last few years is when you see the front wings almost touching the ground and so on, and when it’s rubbing along the racetrack.

“It just looks more dynamic and cooler. I think now it doesn’t look as good when the front wing looks like it’s so high.

“But it’s something I’ve got to get used to looking at, and I probably won’t be looking at it when I’m in the car, but from the outside it’s always nice to have a good-looking car at the same time.”

Aston Martin is thus far the only team to have run its car on track, completing a ‘filming day’ with Lance Stroll at Silverstone on Friday.

The team published short clips of the AMR22 on track, offering a first look at cars as they’ll run.

“You can just see the way the car sits,” Ricciardo noted of the vision.

“It’s not only the look of it, but the way it sits on the track, the way the nose is and stuff. It’s different, but different is cool.”

McLaren is set to make use of a ‘filming day’ to shakedown the MCL36, though no decision has yet been made whether it will be Ricciardo or Norris at the wheel.

Pre-season testing officially gets underway in Spain on February 23.

BangShift.com Carlisle All Ford Nationals Photos! More From This Epic All Ford Show