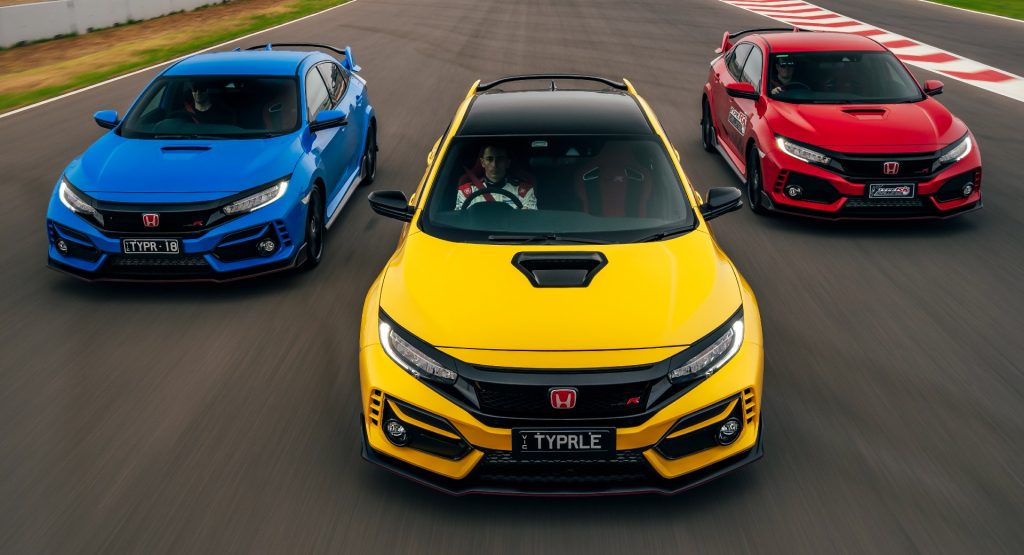 While we are inching closer to the debut of the all-new Honda Civic Type R, the outgoing generation has proven its capabilities once more by setting a lap record for a front-wheel drive production car at The Bend Motorsport Park in Australia. A Honda Civic Type R Limited Edition with TCR driver Tony D’Alberto behind the wheel lapped the track in 2:12.260, slashing over two seconds from the previous record.

The record-setting spree started with a regular Type R, which managed to lap the 4.95-km (3.07-mile) long track in 2.13.251, besting the previous 2.14.316 record held since 2019. Then, the same driver hopped into a Type R Limited Edition which is the lighter and most track-focused variant of the Civic on sale, breaking the record again with a lap time of 2:12.260.

Tony D’Alberto is a former Super2 and Australian GT Endurance champion and is currently driving for Honda in the TCR Australia Series. After setting two records in a day, he said: “The standard Civic Type R is beautifully balanced and just such a pleasure to drive on the track, while the Type R Limited Edition offers even more grip and speed, which really encourages you to go for it and try to extract the perfect lap from the car. If the conditions had been cooler I’m confident we could find a few more tenths and even get the Type R Limited Edition into the 2 minute 11 second bracket.” He added that he can’t wait to see what the engineers are able to achieve with the next-generation model.

The FWD lap record at The Bends was planned for the Australian launch of the Civic Type R Limited Edition last year, but COVID restrictions delayed the attempt. Now, the achievement is a perfect farewell to the FK8 generation of the Type R that will retire soon with plenty of records under its belt. Since 2017, the Type R has broken FWD records at the Nürburgring Nordschleife, Hungaroring, Estoril, Silverstone, Spa-Francorchamps, MagnyCours, Bathurst, and Suzuka.

The new Civic Type R was previewed in camouflaged prototype form at the Tokyo Auto Salon after a set of teasers and is expected to be fully unveiled later this year. Judging from the fact that Honda is already testing the new model in Suzuka, we wouldn’t be surprised if it debuts with a new set of lap records, proving it is faster than its predecessor.