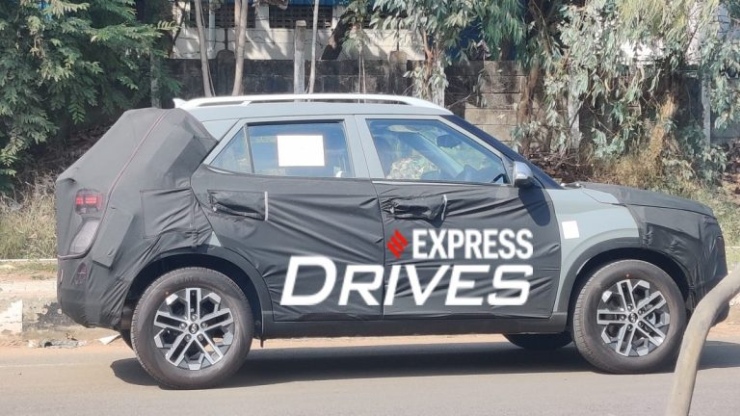 The test mule that was spotted in India is very similar to the one spotted in South Korea. The Venue was totally covered, the only thing that was easy to spot was the new design of the alloy wheels which are diamond-cut units.

Another change that we know will happen to the Venue Facelift is the new front grille. The grille is no larger and looks very similar to the one found on the Alcazar. The split headlamp setup is expected to be carried over from the current Venue. So, the upper part will be the turn indicator. The headlamp will be a square unit with a halogen projector setup. There will also be a LED Daytime Running Lamp. Moreover, there will also be a new front bumper. 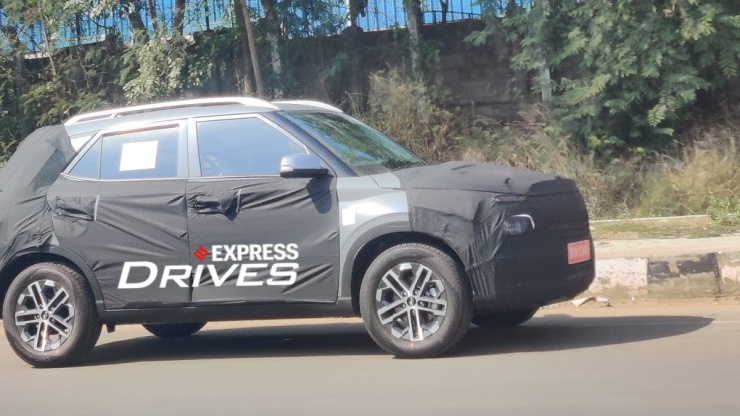 There will be more changes to the rear of the compact SUV. It will come with a new set of LED tail lamps which are split units. They are expected to be in an inverted shape of L. The rear bumper has also been redesigned. It seems like the rear foglamp, reflectors and reversing lights will be placed in the bumper. There will be roof rails, a shark fin antenna and a rear wiper with a washer too. 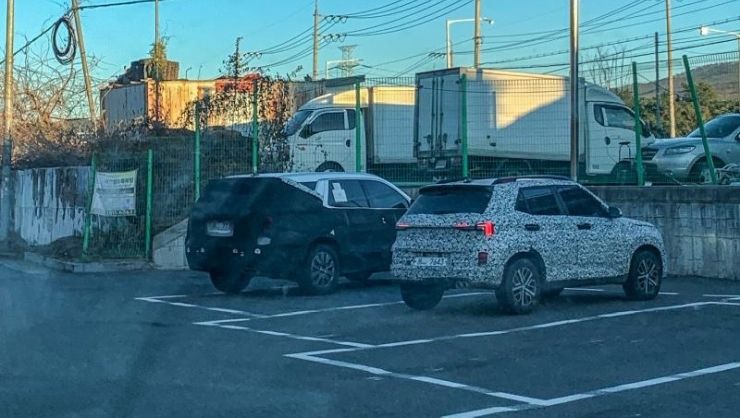 One interesting thing to note is that a test mule was spotted in South Korea with a twin exhaust tip. This could be the Venue’s N-Line version. As of now, it is not known whether Venue N Line will make its way to India or not. But when Hyundai launched the i20 N Line, they did say that there will be more N Line variants planned for our country.

There will be no changes to the engine or the gearbox of the Venue. So, it will continue to come with three engine options. There will be a 1.2-litre naturally aspirated engine, a 1.0-litre turbocharged petrol engine and a 1.5-litre diesel engine.

The 1.2-litre engine is aimed towards people who mostly use their car for city drives only. It produces 83 Ps of max power and 114 Nm of peak torque. It comes mated to only a 5-speed manual gearbox.

Then we have the turbocharged petrol engine that produces 120 PS of max power and 172 Nm of peak torque. It is offered with a 6-speed intelligent Manual Transmission or 6-speed manual gearbox or a 7-speed dual-clutch automatic transmission. This engine is preferred by people who are looking for a bit more oomph and like a powerful engine.

Finally, we have the diesel engine. It produces 100 PS of max power and 240 Nm of peak torque. It is offered with a 6-speed manual gearbox only. People who drive a lot on highways and want high fuel economy would opt for this engine.