Many Corvette fans here at Jim Butler Chevy of St Louis have appreciated the high demand for the new mid-engine release as it has wowed industry professionals and track hounds since its original debut. When it comes to the new ‘Vette, there are many fans who don’t want to hold their breath for one extra minute. The Autoevolution blog’s writeup last week publicly proclaimed that nearly half of all C8 orders are now up for the open-top variant.

We have all enjoyed watching the C8 become the most accomplished sports car Chevy has ever mass-produced, possessing every item on the checklist of a supercar. It has class-leading looks, performance, appeal, and looks stunning in convertible form. From the moment the Stingray began production, the increase of those desiring the convertible model went from just 17% during 2020 to 49% currently. It’s no surprise that the first-ever folding top’s intensely gained popularity. You can opt to enjoy the sun and wind blasting in with the open-top experience with a quick button’s touch during the summer, all while keeping the other sturdy qualities a fixed roof. 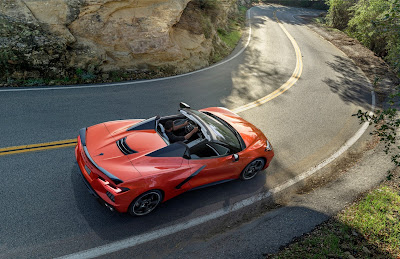 The fourth model year of the C8 Corvette will also come with the blisteringly fast and primo Z06 Performance version, also available in coupe or convertible. Fully realizing Zora Arkus Duntov’s lifelong mid-engine aspirations, the 2020 C8 Corvette was the model that took America’s Sports Car from a straight-line monster that can be made to handle as a powerful sportscar. The world’s supercar giants will pivot toward downsizing and turbocharging to soup up their engines salaciously. Chevy has taken our very successful C8.R GTLM Race Car’s 5.5-liter flat-plane crankshaft DOHC 32-Valve V8 developed with Pratt & Miller and made it immediately roadworthy.

The 2023 Chevy Corvette Z06’s LT6 engine will stake the claim as the world’s largest flat-plane crankshaft V8, and by very enthusiastically producing 670 horsepower at 8,400 RPM. We have also heard insight from the staff on duty with the knowledgeable team at MotorTrend that claims the development crew is new chasing a few final refreshments, seeing to issues like transfer-gear whine and slight engine hesitation. 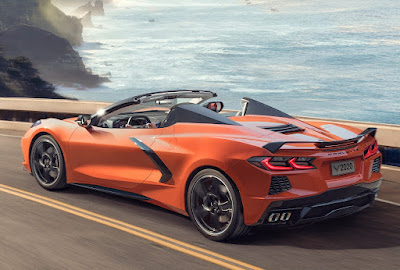 The team responsible for design and development was very aware that the C8 Stingray has already been bestowed a massive amount of respect but needed to accelerate just a bit quicker and provide razor-sharp handling on every curve. When the test drive took place and the engine’s vibrations rippled through the seats, it was then officially deemed that the Z06 buzzes with extreme excitement and is always ready for more. Sport-mode damping results in tolerable ride quality on just about any road, and the Z06 will always respond to every control input in a faster, more direct, and formidable straight-line fashion!