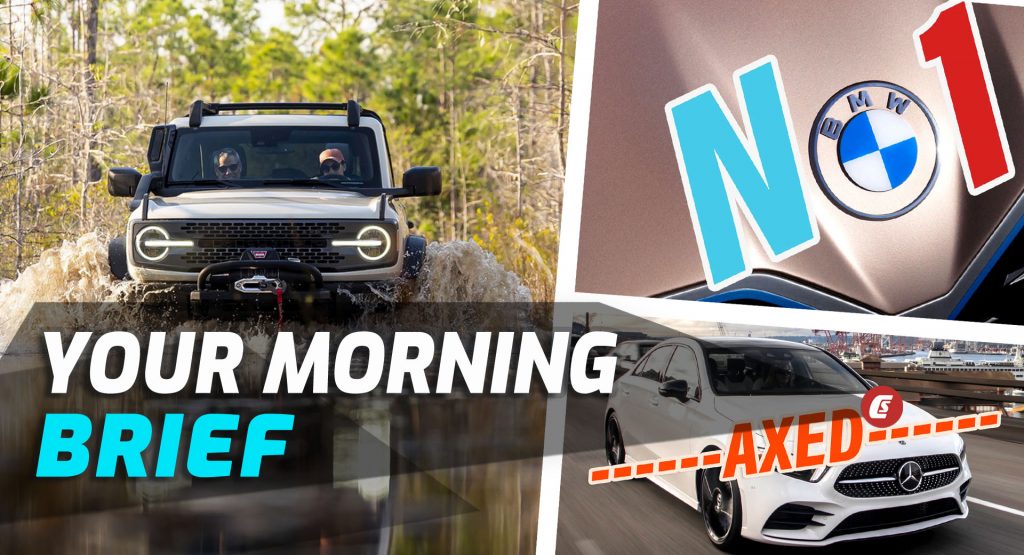 Good morning and welcome to our daily digest of automotive news from around the globe, starting with…

A company based out of Snow Lake, Manitoba in Canada, wants to be the world’s first all-electric Lithium mine. It means that the site will be almost entirely powered by renewable electric energy. But crucially for automakers, Snow Lake Lithium wants to supply North America with a domestic supply of the critical material needed in battery manufacturing.

Hot on the heels of the Bronco Raptor is this, the Bronco Everglades edition, offering even more accessories for those who take their offroading seriously. Two standout additions to the Everglades are the Ford-designed Snorkel and a heavy-duty bumper with a 10,000 lb capable Warn Zeon 10-S winch. There are also raised vents for an extra 73mm of wading depth, as well as the same protective safari bar, rock rails, and steel bash plates as the Black Diamond and Badlands models. 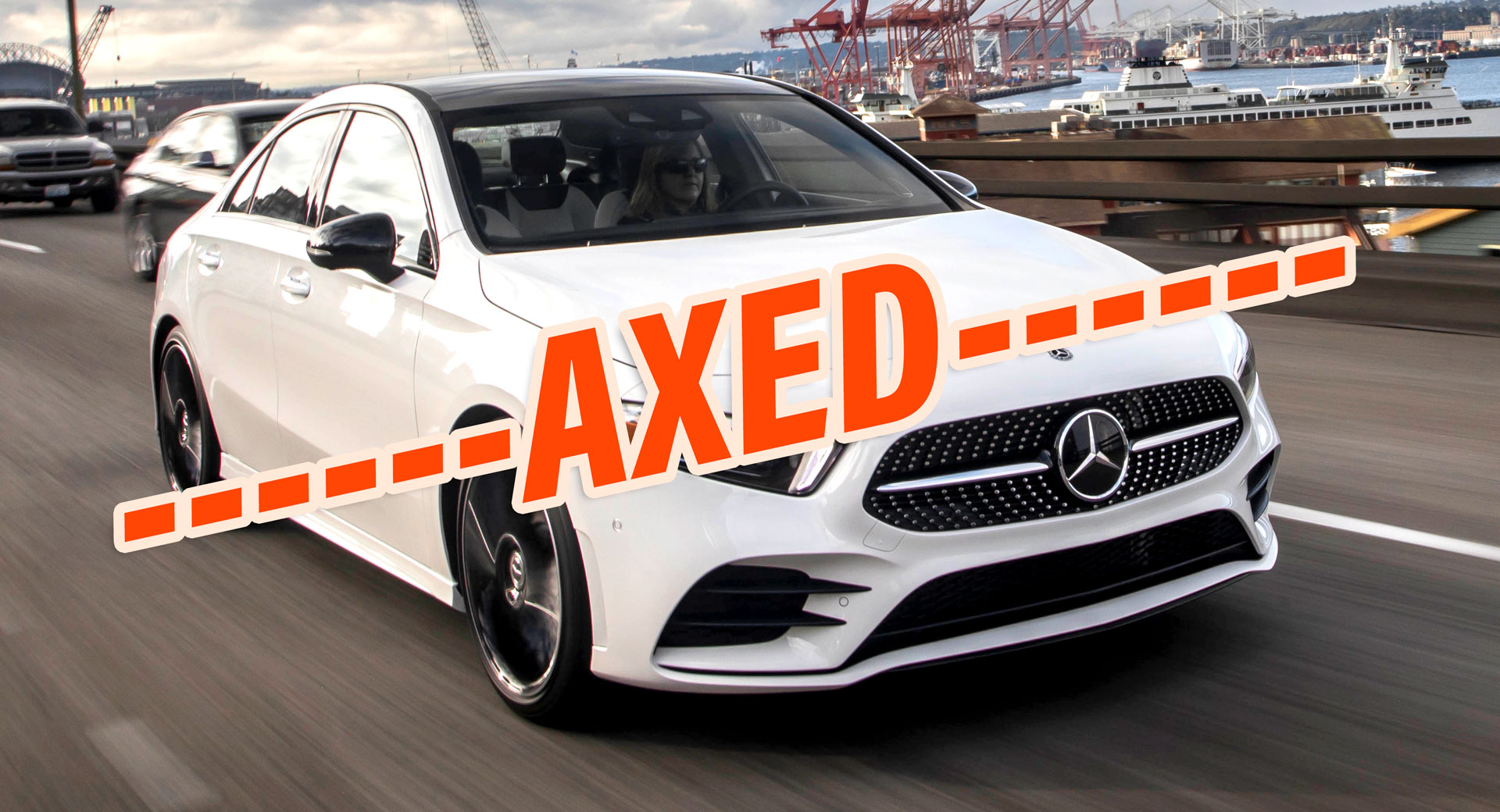 The Mercedes A-Class Sedan is leaving the American market after 2022. And over in Canada, both the A-Class Sedan and Hatch will be culled as the brand streamlines its product line. Speaking to CarScoops, a company spokesperson told us the following: “While the A-Class was extremely well received by our customers since its introduction in 2019, this decision is consistent with our ongoing effort to streamline our product offering strategy. The GLA SUV will take over the A-Class’ position as the entry point into the MBUSA product range.”

BMW Beat Tesla By The Skin Of Its Teeth In Race For U.S. Luxury Crown, Figures Reveal

Tesla may have been able to record one of its best years on record, in no small part to how it managed to handle the semi-conductor crisis, but when it came to overall luxury car sales in the U.S., BMW managed to beat them — just. Registration figures from Experian confirm how close it was, with BMW registering 347,453 new cars in the U.S. in 2021 while Tesla shifted 342,412, falling short by just 5,041 units. That’s seriously impressive by Tesla, especially when you factor in the dwarfed range of cars compared to its Bavarian rival. 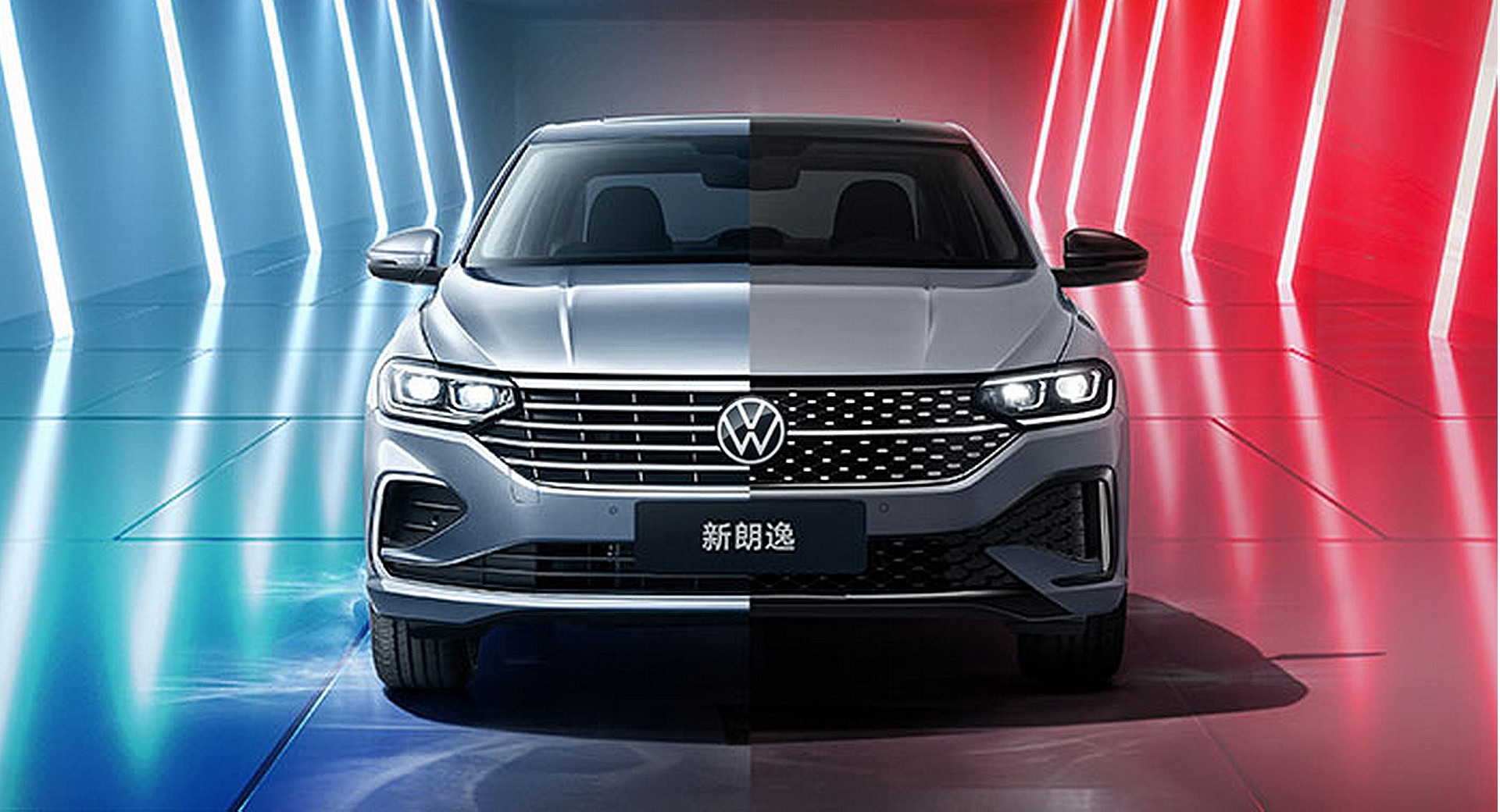 The Chinese take on the Jetta has received a facelift — or two. The “dual face” strategy sees the SAIC-Volkswagen Lavida adopt two visually distinguished variants in the range. The car gets a wider grille, LED headlights, and new bumpers with more chrome. The Star Edition sees a different grille pattern, tinted headlights, and a sportier set of bumpers reminiscent of VW’s R-Line.

You’ve Heard Of Bed In A Box, Now VW Has Introduced A Whole Mobile Home In A Box 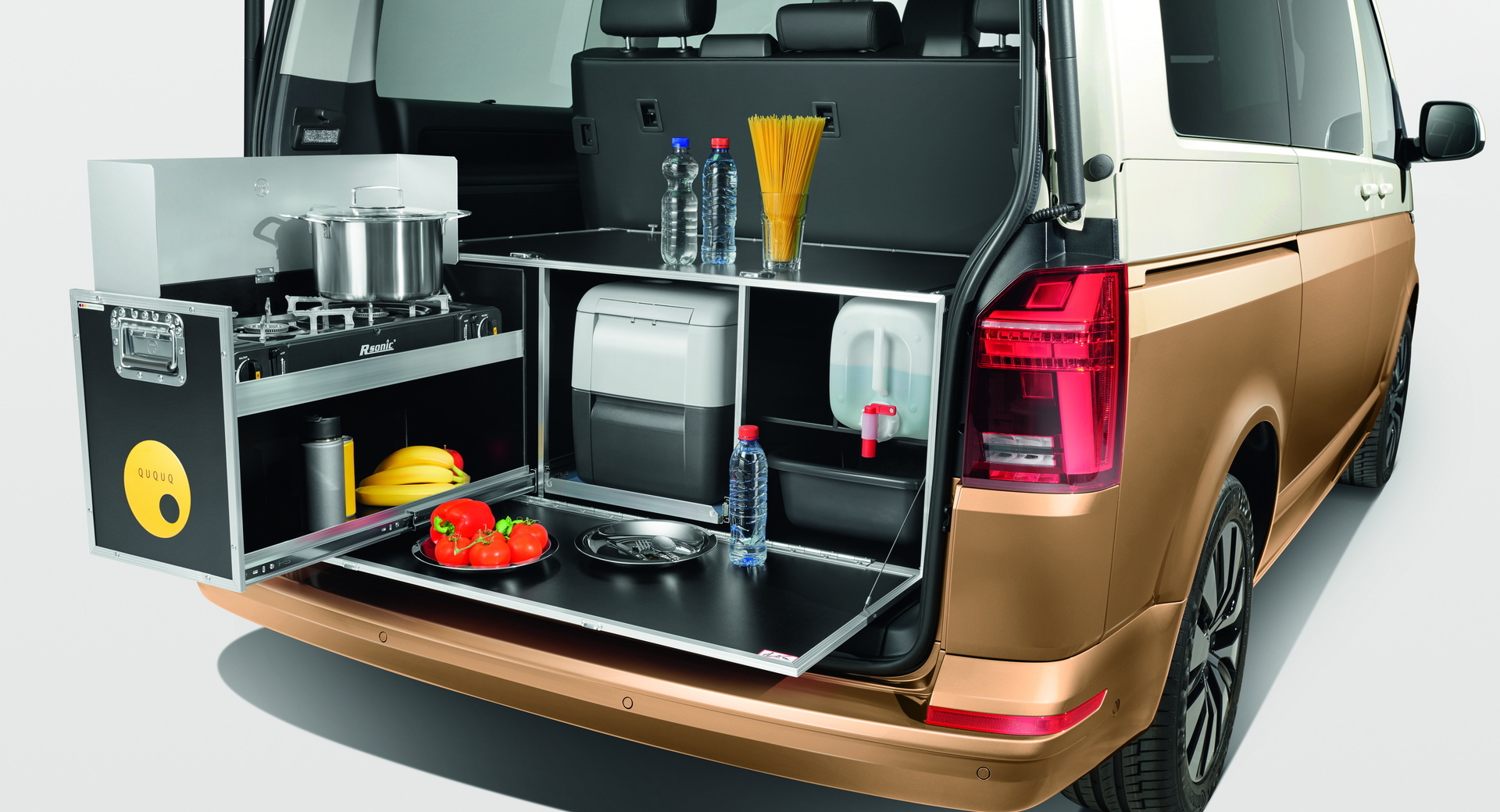 Volkswagen has unveiled a new line of camping gear for its Transporter vans. The box aims to give owners all they need to go camping in an easily installable unit. With these additions, Volkswagen’s vans can be turned into the perfect camping vehicles, even for owners who didn’t buy the full motorhome version.

Parallel parking is a skill that not every driver has been able to master. But this video takes poor attempts at parking to an all-new level. While the video starts midway through, the driver inches backward and slams on the brakes several times. Despite this overly cautious approach, they almost get into the parking space. But everything goes wrong when the driver hits into the CTS, pushing the Cadillac into the car behind. He then slams into drive and hits the Prius C in front before cutting across traffic and hitting the wall of an underpass. 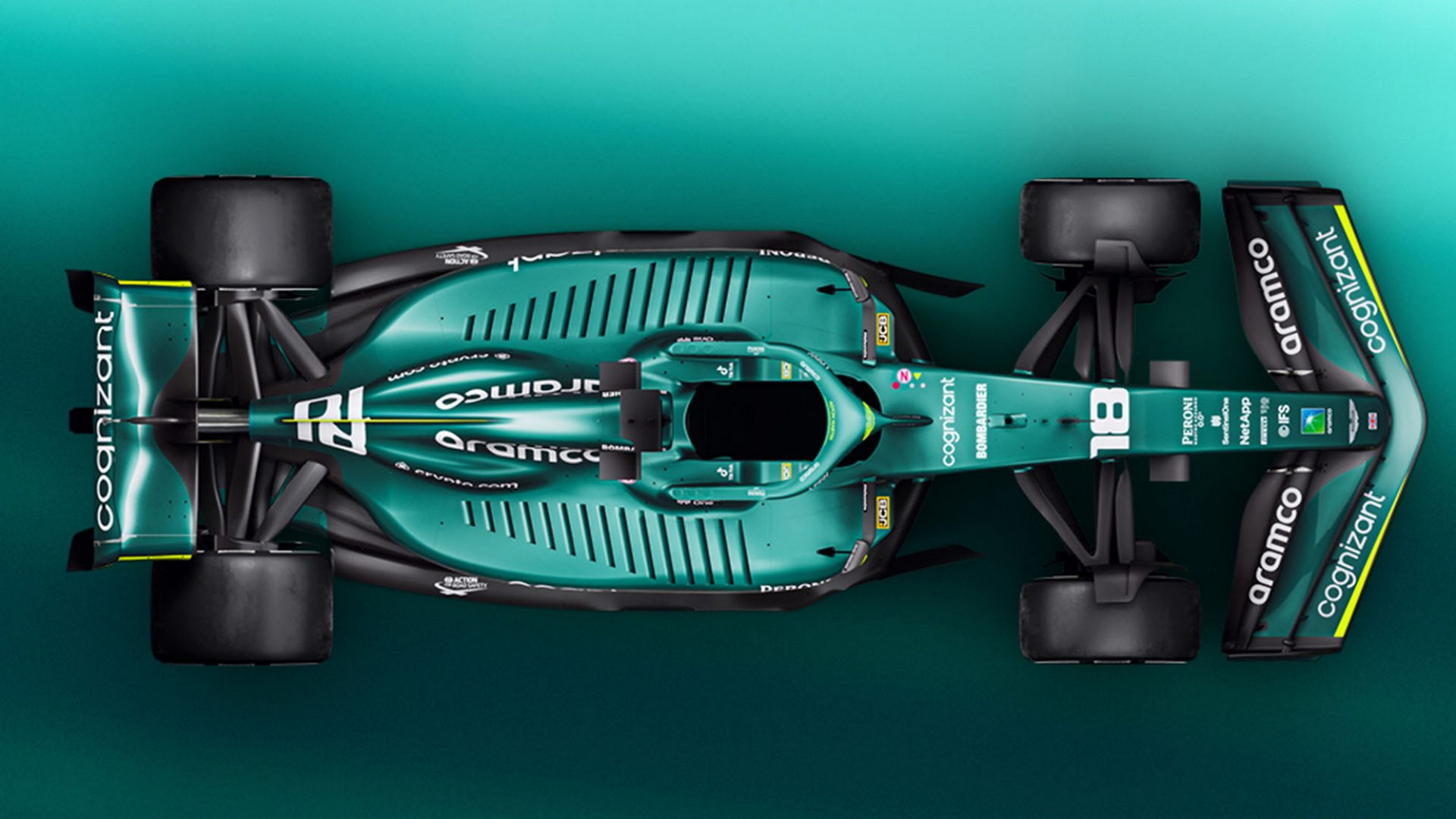 Aston Martin has bucked the trend and gone ahead and revealed its 2022 F1 Championship contender in the carbon — rather than just reskinning a show car like what Haas and Red Bull have so far opted for. There’s also a new livery, with neon green replacing the pink of ex-sponsor BWT.

Futurama Is Revived At Hulu

Streaming service Hulu has ordered 20 new episodes of Futurama. Many original series cast members are returning, but it’s as yet not clear if the voice of Bender, John DiMaggio, will return. Production will begin this month with an eye towards a 2023 premiere.