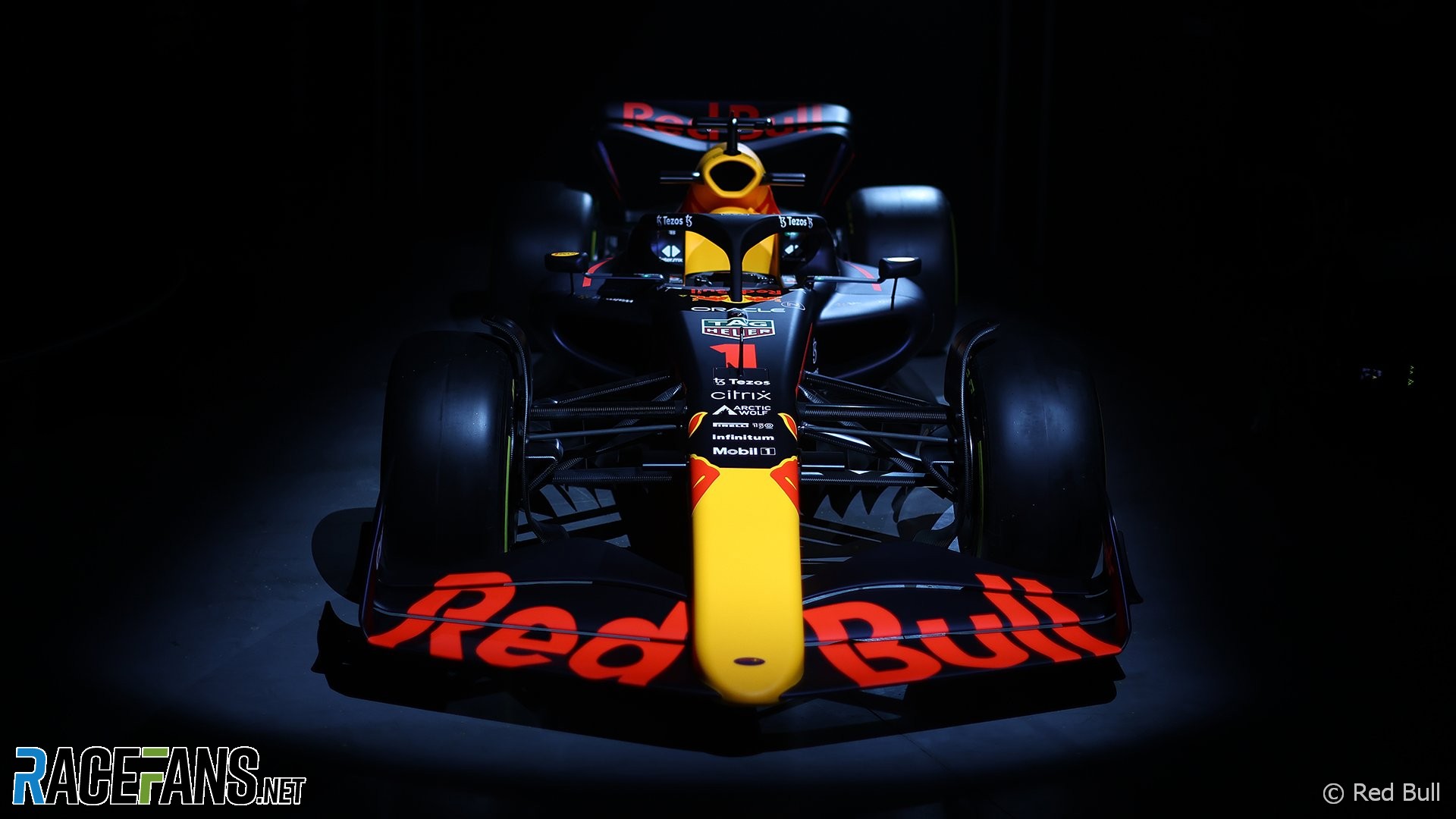 Red Bull has revealed the car Max Verstappen will use to defend his world championship title in 2022.

Images of the new RB18 chassis were presented in an online event broadcast by the team as well as a group of its fans on social media. Red Bull offered up to 5,000 of their supporters the chance to stream to launch themselves.

The team indicated the model shown today, which bears a close resemblance to the show car presented by FOM last year, will look very different when they arrive in Bahrain for the season-opening round next month. “By the time we get to the first race the car is not going to look very much like this,” said team principal Christian Horner.

Verstappen has chosen to swap his regular number 33 for number one, as he is entitled to as the reigning world champion.

Honda, which designed and built the power units Red Bull will continue to use this year, are no longer identified on the car. However the RB18 will carry the logos of HRC – Honda Racing Corporation – which is supporting the new Red Bull Powertrains division in building the units for Red Bull and AlphaTauri.

The RB18 also prominently displays the logos of Oracle, which has joined as title sponsor for the new season.

The team’s new car has been built to the new technical regulations which have been introduced for the 2022 F1 season. It is the second of this year’s contenders to appear, Haas having presented the first pictures of their VF-22 last week.

A Closer Look at the 2022 Toyota RAV4 Hybrid