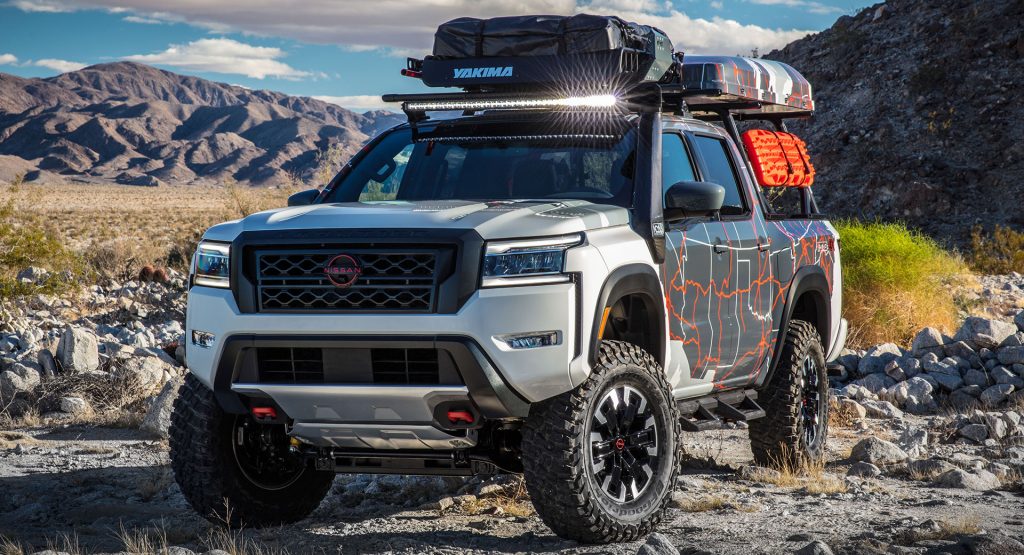 Nissan has unveiled a trio of truck concepts based on the new Frontier at the 2022 Chicago Auto Show.

The first concept is dubbed the Project 72X Frontier. It is based on a Crew Cab S 4×4 model and has been designed as a modern-day take on the classic Datsun 720 truck that was first introduced in the fall of 1979.

The Project 72X Frontier is finished in a gray exterior paint contrasted with a set of retro-inspired graphics and is rocking a set of white-painted steel wheels with the same tires as Pro-4X models. Nissan has also equipped the truck with a 2.5-inch lift kit that includes adjustable front upper suspension arms. There is also a sports bar located behind the cab.

Watch Also: New 2022 Nissan Frontier Gets Ripped For Being “Too Old”

The second concept unveiled in Chicago is known as Project Hardbody and is inspired by the Nissan D21 ‘Hardbody’. It started out life as a 2022 Frontier Crew Cab SV 4×4 and now sports a 3-inch lift kit, adjustable upper control arms, the same fender flares as the Pro-4X, Hardbody block-style wheels wrapped in 33-inch rubber, a bed-mounted spare tire carrier, a sports bar with 10-inch rectangular LED lights, and a blacked-out front end with door graphics.

The last of the trio is arguably the most striking and is dubbed Project Adventure. It is based on the off-road focused Frontier Crew Cab Pro-4X, has been jacked-up with a massive 5-inch lift kit and sits on 34-inch mud terrain tires. Nissan has also fitted the truck with a Yakima bed rack system, a Yakima LoadWarrior roof basket, a sky tent, and a premium audio system from Kicker. A carbon fiber snorkel has also been installed, as has a wrap that depicts an atlas of the United States.

“People want to get out of the house, have adventures and do it in style, so timing of the adventure-ready 2022 Frontier couldn’t have been better,” senior vice president of Nissan U.S. and Marketing and Sales, Michael Colleran, said in a statement. “These three new projects show the possibilities with the new Frontier in this important Chicagoland market.” 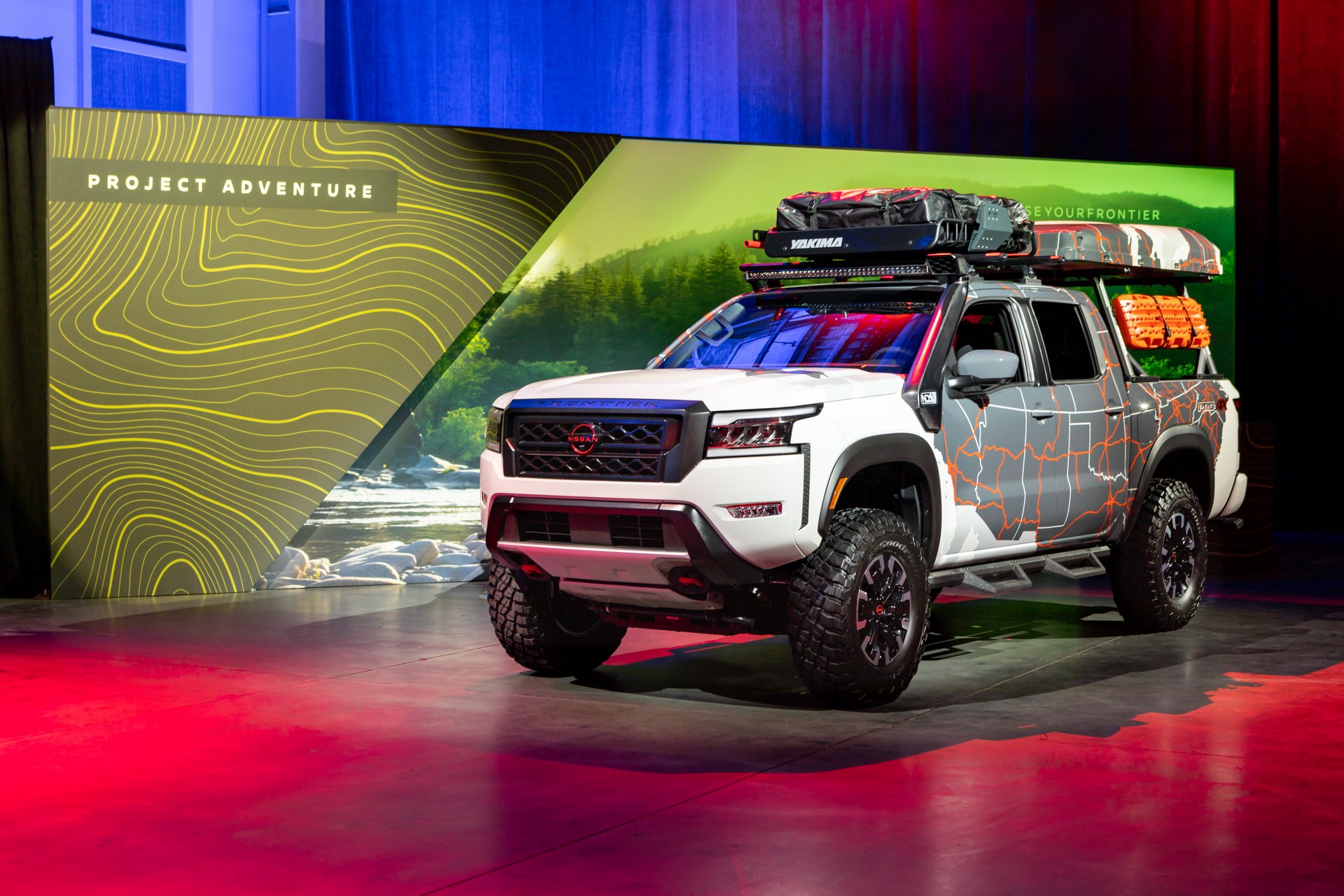