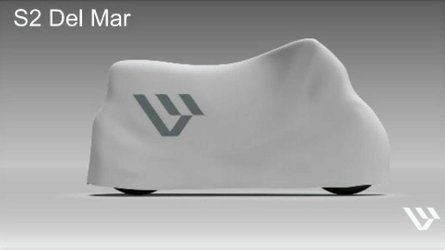 2021 was a busy year for Harley-Davidson and LiveWire. First, in May, the company announced it was spinning LiveWire off into its own electric motorcycle brand. Not long after, it launched the LiveWire ONE, which dropped the price of admission down to $21,999 before tax credits.

By the end of 2021, LiveWire announced plans to go public in the first half of 2022 via a special purpose acquisition merger—further powering its drive into the next phase of electric motorcycle development. That further development, at least the first phase of it, seems to be upon us.

First and foremost, there was the introduction of the LiveWire One. From there, LiveWire would move onto its S2 middleweight bikes, followed by the S3 lightweight two-wheelers produced in partnership with KYMCO. If all goes according to the plan as currently laid out, S4 will see LiveWire circle back to heavyweight electric bikes with improved technologies.

On February 8, 2022, Harley-Davidson had its 2021 Q4 earnings call, during which CEO Jochen Zeitz (who is also current acting CEO of LiveWire) officially said we can expect the first LiveWire S2 middleweight electric to roll out very soon. How soon, exactly? The first S2 bike, called Del Mar, is expected sometime in Q2 of 2022.

LiveWire S2 bikes will utilize the company’s proprietary and scalable Arrow motor architecture. While full details about Arrow aren’t available just yet, the MoCo claims that it comes packing a serious power density and a direct-drive design, along with key features including both an integrated inverter and an on-board charger. Current plans also say that the S3 two-wheelers (a term that LiveWire itself uses) will utilize a scaled-down version of the Arrow architecture.

If you’ll recall, the LiveWire S3 models will be produced in partnership with KYMCO. Obviously, in February, 2022, we’re standing on the precipice of S2 and are nowhere near S3 yet—but this investor document’s terminology uses the specific phrase “two-wheelers” to refer to those upcoming lightweight models.

Does that mean LiveWire electric scooters could eventually be a thing that exists? Furthermore, while we’re speculating wildly here, could said lightweight electric two-wheelers bearing LiveWire badges make use of KYMCO’s Ionex swappable battery technology?  (Also, tangentially, could this be how we finally get a KYMCO RevoNEX on American shores?)

We don’t want to get too far ahead of ourselves, obviously, but these are some interesting questions to contemplate. At this point, all we know for sure is that LiveWire and KYMCO will work together on future lightweight electric LiveWire-branded two-wheelers of some kind. Still, it’s not like Harley-Davidson hasn’t come up with some electric scooter designs in the past. Since these would be branded with the LiveWire logo and not the bar-and-shield, perhaps the idea isn’t totally dead after all.