The new 2022 Formula 1 season is getting closer and closer, and so teams and drivers are getting ready for the season opener. In GPblog’s F1 Social Stint you can read what drivers and teams are doing during the winter break.

Williams has posted a video in which Nicholas Latifi and Alexander Albon give their opinion about the new livery. It shows that Williams will opt for a new style in 2022, as Albon talks about a simpler structure and Latifi about a new colour.

It is still not entirely certain whether Mercedes will return to the silver livery in 2022. With the picture Mercedes shared on social media it seems at least certain that the black colour will still be present on the new car. On 18 February, we will find out whether the dominant colour will be black or silver.

Ferrari under pressure in 2022: ‘Then everything has been for nothing’

George Russell and Mercedes can’t stop posting. Once again Russell is posting how at home he feels at Mercedes and of course this message is shared by the Mercedes social media team. One wonders how Valtteri Bottas will look at all this content.

Already feeling like a home from home. Big month ahead but we’re ready for it. pic.twitter.com/ImdqQ86mcN

Mercedes welcomes Hamilton back with collage

After weeks of radio silence Lewis Hamilton finally let us hear from him again. A simple post on social media was enough, the seven-time world champion is back. Mercedes itself welcomes Hamilton back with a collage of the nicest and most beautiful messages the Briton has received.

Pierre Gasly is celebrating his birthday. The Frenchman turned 26 on Monday and that calls for congratulations from his team AlphaTauri. Gasly had his best season in Formula 1 last year and will want to make another step forward next season. On 14 February his new car will be presented.

Ferrari seems to be opting for a new/old livery at the start of a new generation of F1 cars. There have been hints of a dark red livery before and on Twitter on Sunday Ferrari posted another such hint with a very dark car.

Alonso counts down to pre-season test

A recent Instagram post shows Fernando Alonso as we know him: the 40-year-old Spaniard is eager to start the first pre-season test in Barcelona. The always ambitious Spaniard is counting down the days until he can get into his new Alpine car. Only two weeks to go!

Max Verstappen has been preparing for the new season for a while now. An important part of the training are the neck muscles of a driver, because the neck has to endure a lot of G-forces during a race. Verstappen shares a funny post on his social media with a realistic picture of what his neck training actually looks like.

Mercedes has once again shared a preview of its new car for the 2022 Formula 1 season. The Brackley-based team showed a dark photo of the W13’s chassis on social media, giving followers plenty of fodder for speculation.

Another busy week complete. One week closer to revealing our W13. pic.twitter.com/3o2sbu4vMW

Max Verstappen has been nominated for the prestigious Laureus Sports Awards. Verstappen is nominated in the category World Sportsman of the Year and was congratulated online by his own team. Red Bull was not nominated as a team, that honour went to Mercedes.

Congratulations @Max33Verstappen on your @LaureusSport World Sportsman of the Year nomination pic.twitter.com/dhqJY49RUG

George Russell is working in the Mercedes factory for the first time this year as a driver for the team. In the video shared by Mercedes on social media, the Brit once again talks enthusiastically about his working day. Russell has already seen the new livery and can’t wait to share it with the fans.

Quick catch-up with @GeorgeRussell63 after a busy day in Brackley pic.twitter.com/XTBwBtxyky

Vettel and Schumacher in action

This weekend, Sebastian Vettel, Mick Schumacher, Valtteri Bottas and other well-known names in motor sport will be in action at the Race of Champions. Vettel and Schumacher together form Team Germany. The two drivers were already busy today with preparations and first practice laps in the snow.

Team Germany is here! Seb leads @SchumacherMick around their first practice laps at #ROCSweden#ROCTeamUSA members @ColtonHerta and @JimmieJohnson are also getting a first taste of the snow pic.twitter.com/6XiYfbtkkW

Red Bull shares more teasers for Verstappen in the snow

There will be a video of Max Verstappen in the snow, that’s for sure. Red Bull already posted a video of the world champion’s car in the snow on Wednesday, and now more footage has been uploaded. Verstappen himself also shares the images in his Instagram story.

Sebastian Vettel is back at Aston Martin after the winter break. The four-time world champion is testing his new seat for the AMR22, which he will race in 2022. The new car will be unveiled on 10 February.

Sebastian Vettel is back at our HQ in Silverstone to get acquainted with the #AMR22.

Join us behind-the-scenes for an exclusive look at Seb’s first step on the Road to 2022 – his seat fit.#WeClimbTogether pic.twitter.com/EmHEUVBieD

As a Finn, Valtteri Bottas is used to the cold, but running at -24 degrees must be cold for him too. He and his girlfriend Tiffany Cromwell did a ten-kilometre run in the snowy landscape and, judging by the time, the cold did not stop them. 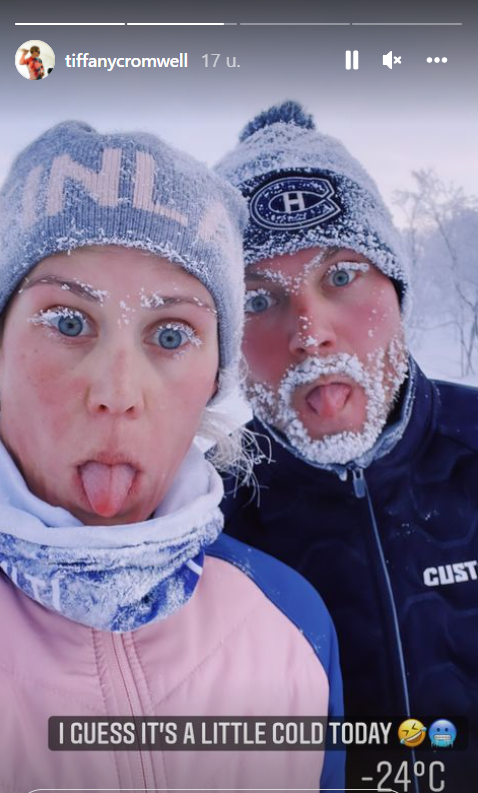 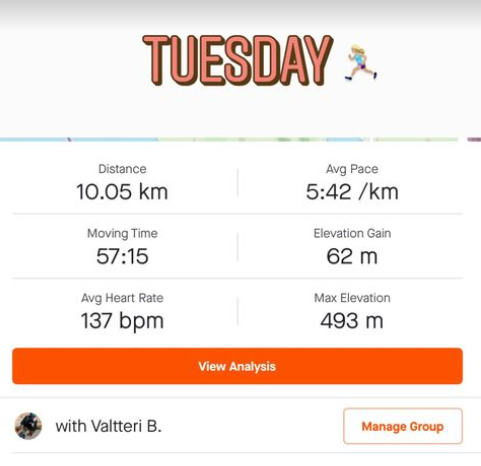 McLaren has extended its contract with sponsor Hilton. The team from Woking announced on social media that the contract has been extended for several years. To celebrate the occasion, the team dressed up crowd favourite Lando Norris as a taxi driver, waiting to pick up a customer.

McLaren Racing and @Hilton are today announcing a multi-year extension to their long-standing partnership, which has been in place since 2005.

Red Bull looks back on iconic ride in America

Red Bull Racing always makes great videos for marketing purposes. This time there is no new video from the team, but instead the social media team looks back at an iconic drive across America in 2018.

Just you, the RB7 and the open road

McLaren founder Bruce McLaren’s name still lives on in Formula 1 and his work still inspires those within the company. Therefore, as motivation for Monday morning, McLaren’s social media team opens with a famous quote from the New Zealander: ‘Life is measured in achievements and not in years per se.’

“Life is measured in achievements, not in years alone.” – Bruce McLaren.#MondayMotivation pic.twitter.com/qDSPZTUxGk

Marko hands out harsh remark: ‘Bottas is a flop at overtaking’