The drunk state can make you do things that you might regret later. Some of the activities are extremely bizarre. Like this man from Kozhikode, Kerala, who gave a ride to a massive python after getting drunk. He took the snake to the police station.

The incident is from Kerala and it happened last month. However, the video of the incident has become viral just now. Reportedly, the drunk man caught the snake from the road and put it on the pillion seat of his scooter. Police have identified the man as Jeethu, a native of Muchukunnu.

In the drunk state, he rode the scooter with the python and even stopped in between to show the snake around. He finally reached the police station to hand over the python.

Jeethu did not know how to handle snakes 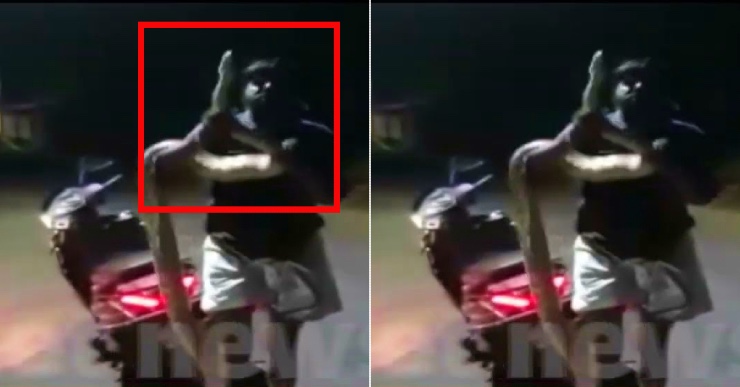 A few people had noticed Jeetu picking up the snake from the road. After forest officials investigated the matter, they found out that Jeetu did not know how to handle snakes. He simply did it under the influence of alcohol.

The police took the snake from him and handed it back to the forest department. The forest officials kept the snake under observation and then released it in the forest.

As always, social media stands divided and there is a large group of people supporting the man while others are against what he did.

Drunken driving is a crime in India

While handling wild animals is a crime, drunken driving is a crime as well. Drinking alcohol causes the body to react slower, which can cause massive accidents. Many of the accident cases around the world involve drunk driving. In India, the maximum limit of alcohol in the blood is 30 mg per 100 ml. The cops can seize the license if the alcohol level is found above that. In many other states, people can also go to jail for driving drunk and have to pay hefty fines.

A cop can flag down a vehicle and the level of alcohol is measured by a breathalyzer. If a person refuses to take the test on the spot, the cops take them to government-approved hospitals for blood samples, which is then used to determine the level of alcohol. However, at present, cops try to figure out if the person is drunk by talking to them first and then taking the test.

Animals can get triggered due to scary noises and sudden movements. It is best to stay away from animals. Always remember that you’re in their territory and the jungle belongs to them. Show patience and park the vehicle on the side of the road to give them space to pass through comfortably.

Sometimes, the animals can get spooked by these moves and can attack the vehicle. Be assured that some of these animals like elephants and rhinos are so strong that they can wreak havoc on the car and its occupants. The best way to deal with wild animals is not to disturb them in any way and even make any kind of noise.