We’ve just had a recent press release from Vance & Hines stating that the aftermarket exhausts and electronic fuel management product supplier will be footing two riders to complete in this season’s American Flat Track (AFT) – and racers Jessie Janisch and Brandon Kitchen are excited for the season to begin.

The press release states that both riders will have Craig Koontz, a Vance & Hines employee who has dedicated 12 years of his life to the brand and also boasts a long history of racing, as the Flat Track Team Manager, alongside Steve Polk in the role of Flat Track Crew Chief and the team supported by Vance & Hines’s Racing Development Center for technical support for the program. 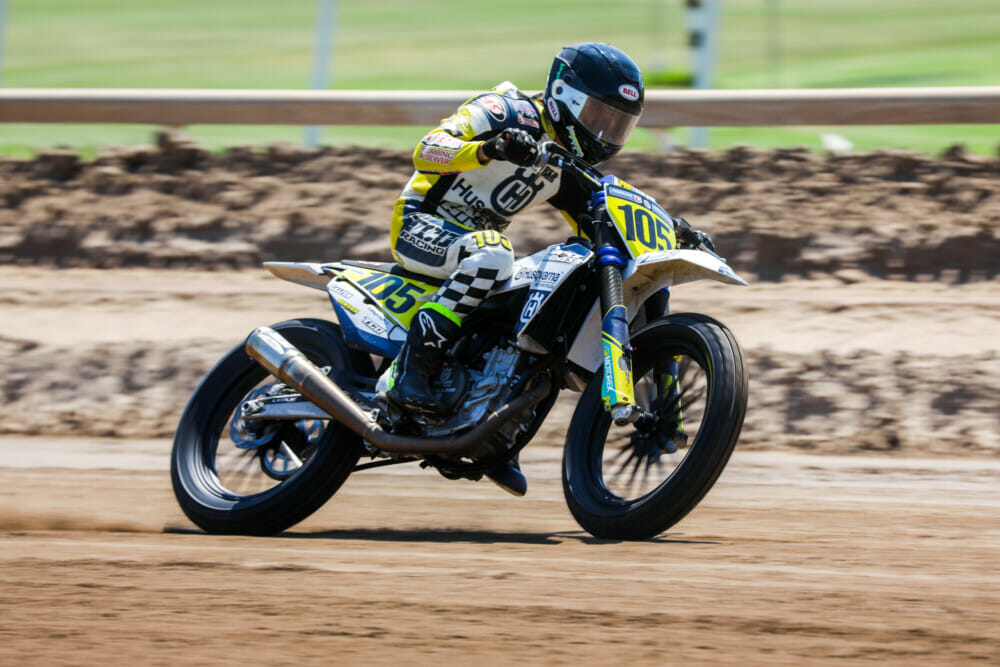 Janisch – a young racer who attended six races and ended up on four podiums with a win for a half mile – will be aboard a Harley-Davidson XG750R for the Production Twins class, with Kitchen – this year’s hot star of the season winning himself the Indy Mile on his debut – swinging a leg over a Husqvarna FC450 for the Singles class.

All told, over $100,000 will be offered in Contingency Sponsorship for Riders in partnership with Harley-Davidson – and Craig Koontz is jazzed to get the riders on the track.

“We’ve got two great riders and our job is to give them motorcycles that can win,” enthuses Koontz.

“We’ve got a lot to do before heading to Florida for the start of the season, but we’ve got the team and the resources to make this a successful year for Vance & Hines.”

Stay tuned for updates – with the season fast coming up, we’re anticipating a few more details before the racers hit the dirt.

*All media sourced from the relevant press release*