This is a 6×6 camper version of the ZIL 131, one of the toughest military trucks in history. The ZIL 131 has been in use by the Soviets for decades as a platform for the 9P138 Rocket Launcher, and for carrying loads, hauling equipment, and towing artillery.

The camper section on the back of the truck is largely original to Soviet standards (including a Geiger counter), looking like a vehicle from a Hollywood film set. There are some modern additions however, including a flatscreen TV and modern kitchen equipment.

ZIL (Zavod Imeni Likhachyova) was one of the largest automobile, truck, military vehicle, and heavy equipment makers in Russia for much of the history of the Soviet Union and beyond – the company didn’t cease operations until 2012.

A wide variety of vehicles were built by ZIL, from the luxurious limousines used by the political elite in the Soviet Union, like the ZIL 114, to the rugged military trucks that could handle Siberian winters just as well as summers in the Sahara. 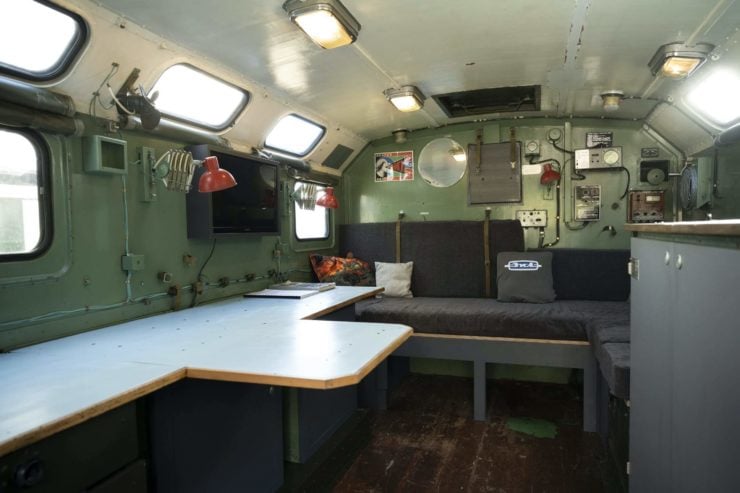 The camper in the rear has an L-shaped couch that converts quickly into a double bed when required. It also has a two burner stovetop, and adequate cupboard space for essentials.

The company managed to survive the collapse of the Soviet Union in 1991, in fact it remained in business and in production well into the 21st century, not succumbing to bankruptcy until 2012.

The ZIL 131 is a military truck that was first released in 1962, it was almost entirely new and very few parts from its predecessor, the ZIL 164, were used.

Standard truck layout was used, with body-on-chassis design, a front mounted engine, a two door cab, and a rear cargo tray. The ZIL 131 was built with in both 4×4 or 6×6 versions, the latter offering more cargo carrying capacity on and off road.

Diesel and gasoline versions of the 7.0 liter V8 were used, and there was a fuel flexible option that could be run on a number of different fuels including ethanol. Power is sent to the live axles via a 5-speed manual transmission and the top speed is a relatively sedate 80 km/h (50 mph).

A remarkable number of different versions of the 131 were created to fulfill the many roles required of the truck by the Soviet armed forces. The most common is the standard 4×4 tray-back version used for hauling cargo and troops, the larger 6×6 is rarer and was largely used for hauling and towing heavier loads, and as the platform for the BM-21 Grad rocket launching system. 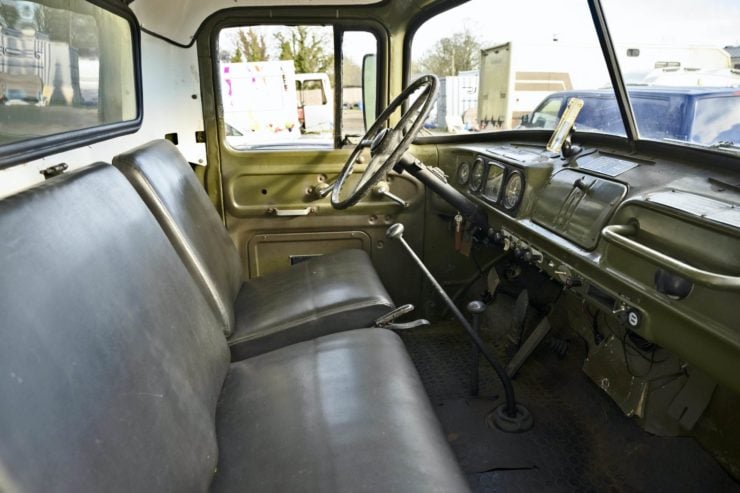 Inside the cab there is seating for three and inside that central glovebox you’ll find a screen for the modern reversing camera system.

One other use of the six-wheel drive version was as a mobile command center and accommodation, almost certainly only for high ranking brass. Though relatively spartan by modern camper standards it would have been luxurious by the standards of Soviet military camps at the time, and it included a convenient Geiger counter mounted on the wall in case you strayed too close to Chernobyl.

The ZIL 131 you see here is one of the rarer command center and accommodation versions of the 6×6 variant. It’s largely original inside though the couches that convert into a bed are a more modern addition, as is the sink and twin gas burners hiding under the counter top.

In the roof you’ll find a lockable hatch allowing roof access, as well as cupboards, shelves, and plenty of period correct Soviet instrumentation. Up front in the cab you’ll find a discrete reversing camera system with the screen hidden inside the glove box. This is likely very useful as the truck has essential no rearward visibility other than the side mirrors.

This truck has a central tire inflation system, allowing the driver to monitor the pressure of all six tires and adjust it on the fly for different terrain and conditions. The original military camouflage has been kept in place and the truck remains mostly original, with a few updates to make it suitable as a modern camper.

If you’d like to read more about it you can click here to visit the listing on Car & Classic. It’s being auctioned live online at the moment, and it’s currently situated in Kent, England. 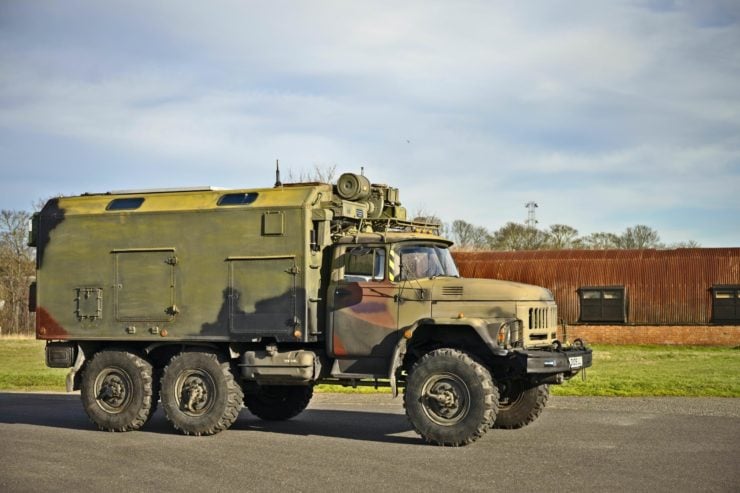