Tata Motors offered the Altroz Dark Edition only with the petrol engine till now. Now, they have added the Dark Edition with the diesel engine also. There are two variants namely,  XT and XZ+. The price starts at Rs. 7.96 lakhs ex-showroom. The Dark Edition was launched on the occasion of Altroz celebrating its second anniversary.

Commenting on this occasion, Mr. Rajan Amba, Vice President, Sales, Marketing and Customer Care, Tata Motors Passenger Vehicles Ltd. said, “The ALTROZ has created its own mark in the premium hatchback market with more than 1.2 lakh happy owners. With over 20% market share (YTD) in its segment, it has been very popular amongst customers. The addition of the #DARK to its portfolio last year further enhanced its style quotient. The ALTROZ offers true international standards of safety, design and performance and has played an important role in enhancing our New Forever range. We would like to celebrate the brands 2nd anniversary with our customers with these product extensions, making it more accessible and offering exciting feature updates. With increasing recognition from Indian consumers and earning incremental market share year on year, we are confident that ALTROZ is poised for more success in the future.” 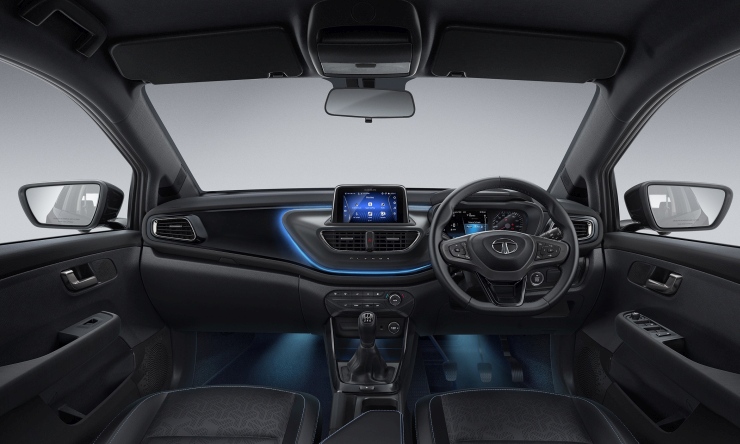 There are no changes to the diesel engine. It is a 1.5-litre diesel engine derived from the Nexon. However, it has been detuned to suit Altroz’s needs. In Altroz, the engine produces 90 PS of max power and 200 Nm of peak torque. It is offered only with a 5-speed manual gearbox. The rumours suggest that Tata Motors is working on an automatic transmission for the Altroz. It is a Punch-sourced DT-1 dual-clutch automatic gearbox that has been specifically designed for compact cars. It supports torque output up to 200 Nm.

The DCT unit will be offered only with the turbocharged petrol engine. Even in the more powerful state of tune that is present in the Nexon, the engine produces 120 PS of max power and 170 Nm of peak torque. So, the DT-1 DCT gearbox should be enough for the Altroz.

There are media reports that suggest that Tata Motors is working on a CNG powertrain for the Altroz. As of now, it is not known with which engine the CNG come with.