Pierer Mobility Group CEO Stefan Pierer has a very definitive view of the electric motorcycle market. The boss of KTM, Husqvarna, and Gas Gas believes that “48-volt electrics up to A1 class, that is 11 kilowatts or 15 hp, a lot will become electric in the next ten years” while “two-wheelers over 48 volts is going in the direction of e-fuels”.

Having such a clear direction forward is refreshing in the ever-changing electric mobility market, but like all manufacturers, Pierer still has to convince investors of the company’s strategy. For that reason, the firm addresses upcoming Husqvarna and KTM e-models in its February, 2022, investor presentation. 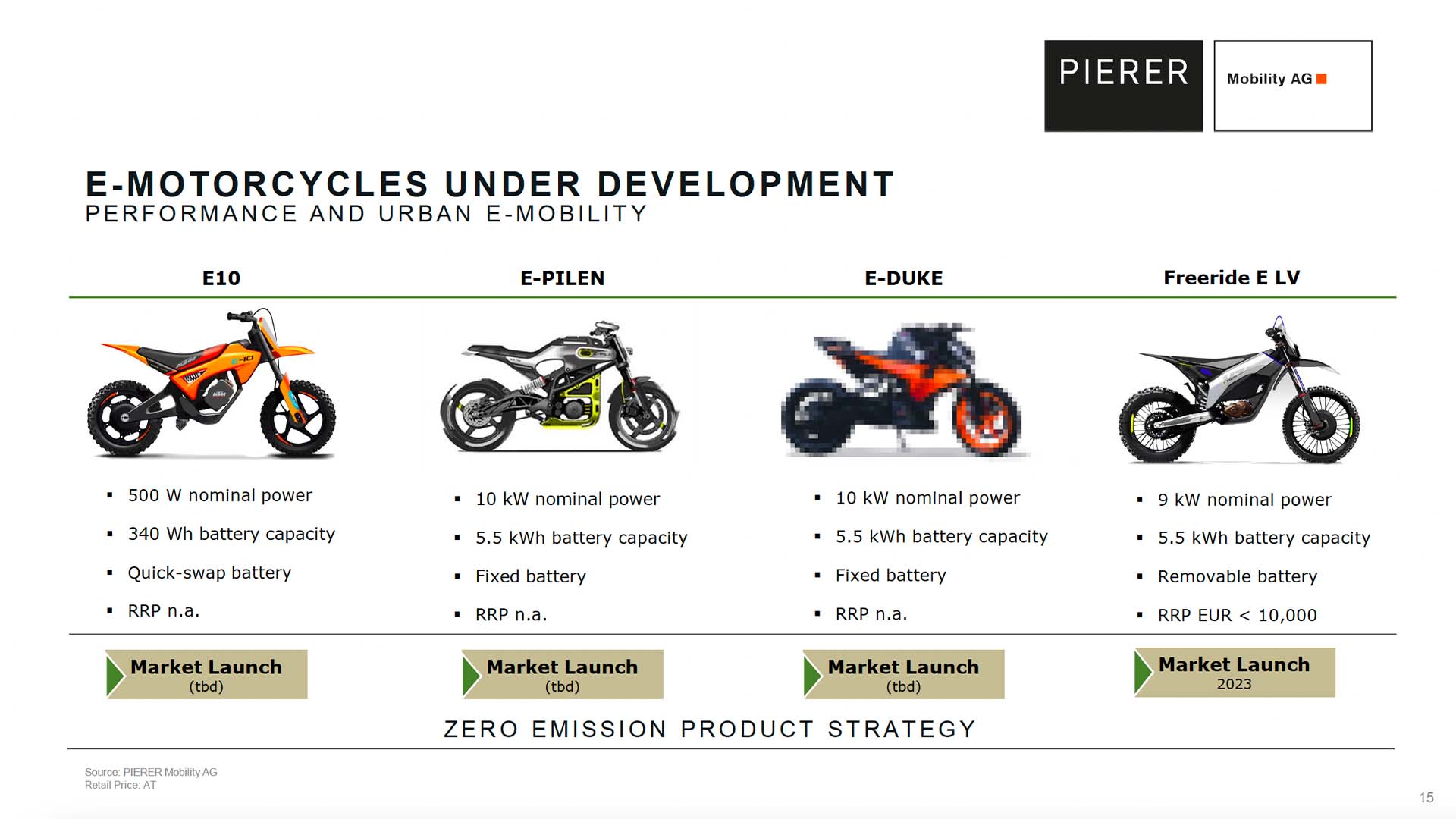 While Husqvarna already unveiled its E-Pilen concept and showcased the official prototype at the 2021 IAA Motor Show, KTM has kept E-Duke details under wraps. Despite the purposefully pixelated image, viewers can easily make out the Duke’s trademark silhouette and sharp styling. The topline specs provided in the presentation also hint at the Pierer Group leveraging the E-Pilen’s core components for the upcoming E-Duke.

Husqvarna already adopts and adapts existing KTM models with platforms like the Norden 901 borrowing liberally from the 890 Adventure family and the Vitpilen line sharing much of its DNA with the Duke range. However, KTM flips the script this time around, outfitting the E-Pilen’s base package in the Duke’s angular bodywork.

While the two models choose divergent aesthetic paths, they both boast a 5.5 kWh battery and generate 10 kW (13.4 horsepower). That puts the E-Duke on par with the current 125 Duke’s 15-horsepower output. With those specs, the new e-bikes should cover 90-100 kilometers (55-62 miles), but that’s perfectly suitable for the E-Duke’s intended urban mobility use.