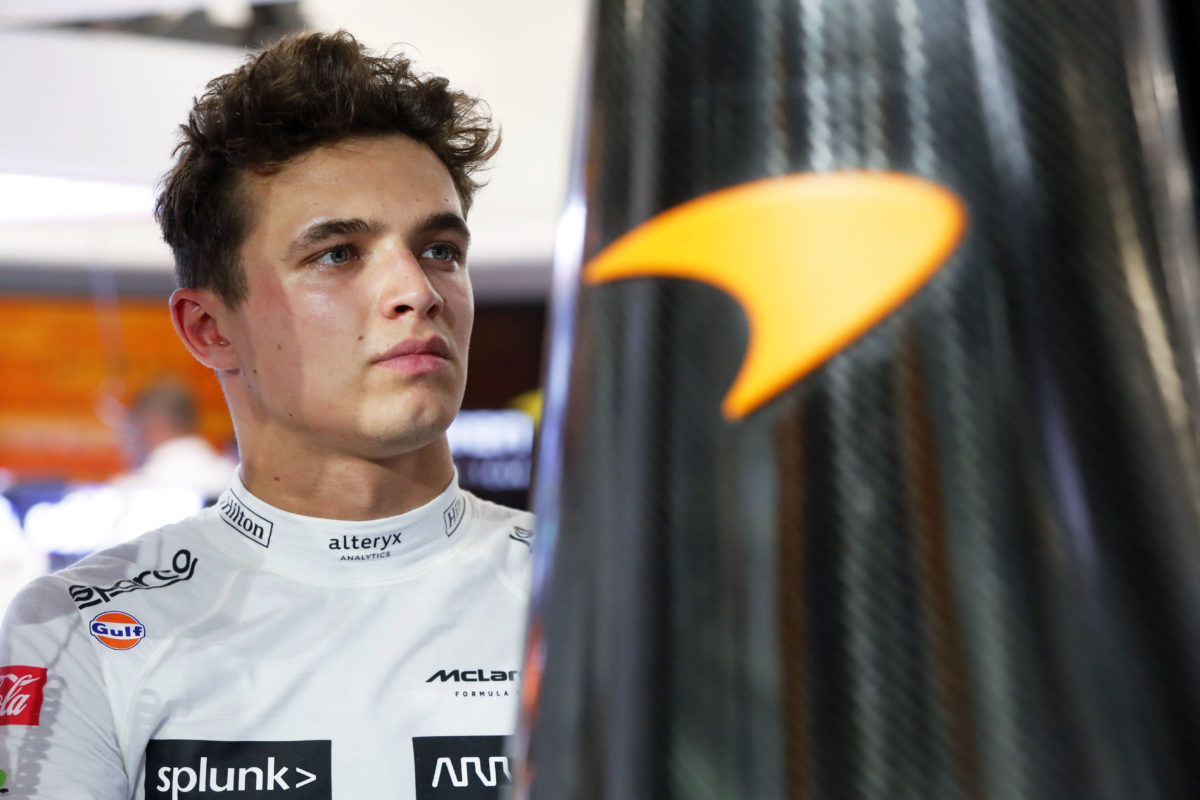 Lando Norris had interest from other F1 teams

Lando Norris has said he was happy to ink a new Formula 1 contract with McLaren despite fielding interest from other teams.

It was today announced that Norris has signed a deal that will see him stay with McLaren until at least the end of the 2025 F1 season.

The 22-year-old enjoyed a strong 2021 season, claiming a maiden pole position in Russia as he reaffirmed his reputation as one of the sport’s brightest prospects.

His efforts were such that other F1 teams reached out about the prospect of securing his services in future.

“There was little chats here and there, but that’s all,” Norris admitted to selected media, including Speedcafe.com.

“Obviously nothing went far, and as soon as something came up, that’s when I would then continue to go to Andreas [Seidl, McLaren team principal] and have a little conversation about what our future holds, and so on.

Pushed on which teams had approached him, he refused to divulge names but quipped “you’d probably be able to guess reasonably well.”

While last year’s silly season was fairly straightforward, there are a number of key openings looming in coming seasons as the older guard reach retirement age.

Lewis Hamilton and Sebastian Vettel are both in their mid-30s, leading to suggestions that their current contracts could be their last in F1.

Hamilton currently has a deal with Mercedes that will keep him at the squad for a further two seasons (2022 included).

Vettel’s agreement is less clear but it has been suggested to also be the end of the 2023 season.

With Norris’ new contract keeping him at Woking until 2025, he will benefit from key infrastructure investments such as the new wind tunnel and simulator as they come online.

It’s also a continuation of the relationship which brought the Englishman into F1 having been test driver for the squad in 2018 after joining as a young driver the year prior.

“Of course, from my side [I’m] extremely happy,” Norris said of his new contract.

“[A] big part of my career and life I guess ticked off. To stay in Formula 1 for another four years is pretty amazing.

“Super happy to do it with McLaren as well. They’re people I’ve grown up with, the people I’ve come into Formula 1 with.

“More than anything, we’d love to continue what we have and continue trying to reach that dream of ours, which is to get back to winning races and of course to eventually try and win championships.”

The announcement of Norris’ new deal kicks off a busy week for McLaren, which will unveil its new car on Friday evening (local time).