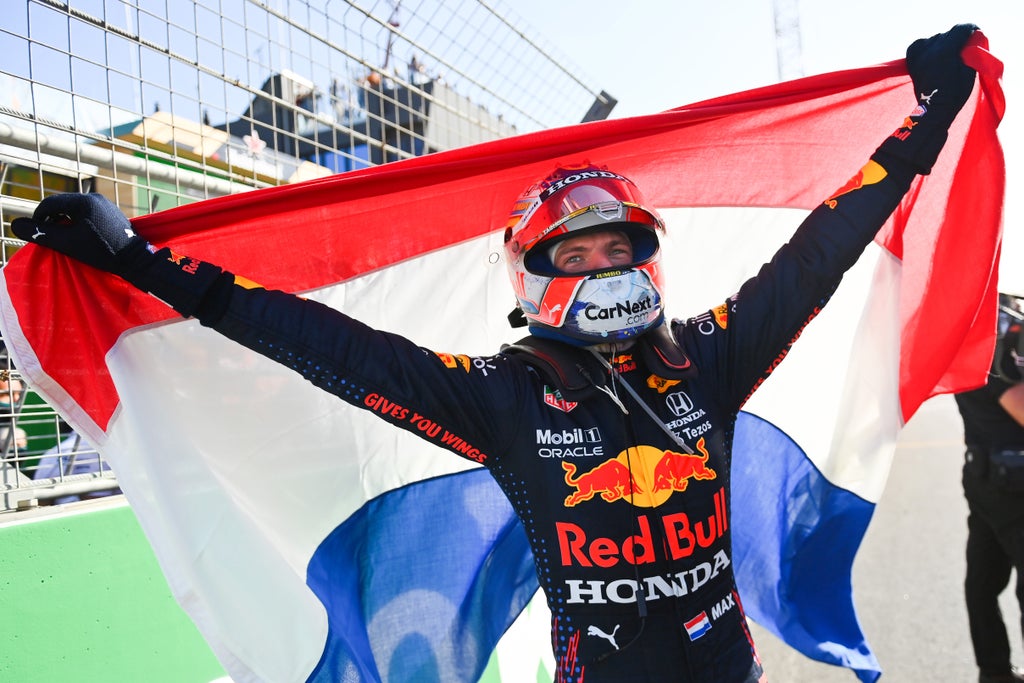 Max Verstappen’s sudden popularity in Belgium following his Formula One world championship title comes across as “a bit weak”, according to his father Jos.

Verstappen races under the Netherlands flag and is an icon in the country, with his victory at Zandvoort at the Dutch Grand Prix last season one of the highlights of the year.

However, his father and former Formula One driver Jos Verstappen has said his son is only starting to get the same acclaim in Belgium after winning his maiden title.

Verstappen, who beat Lewis Hamilton to the title at the Abu Dhabi Grand Prix, has a duel-nationality and was born in Belgium to a Belgium mother.

“Everyone wants a piece of Max at the moment,” Jos Verstappen told De Telegraaf. “On the one hand, that’s a nice compliment for him. He’s doing incredibly well. In the car, but also outside. He comes across well, has a fresh head and remains himself.

“So I understand that a lot of people are proud. Of course I am. But at some points I do have trouble with it. For example, in the eyes of some Belgian media, Max is suddenly a Belgian. I think that’s a bit weak.

“We have been racing for years, but until a few months ago there was little or no writing about him in Belgium and now they suddenly claim that he is theirs. I absolutely don’t see it that way myself.”

Verstappen will race under the No 1 as the world champion next season as he prepares to defend his title and will continue to represent the Netherlands flag.

“The situation is that Max has both nationalities, because me and Sophie were married at the time he was born,” Jos Verstappen added.

“But since he races under a Dutch license, he is slightly more Dutch than Belgian. That’s how he feels it himself. If the Netherlands has to play against Belgium, he is for the Orange. And if he is eighteen and has to choose, it will be for the Dutch nationality.”