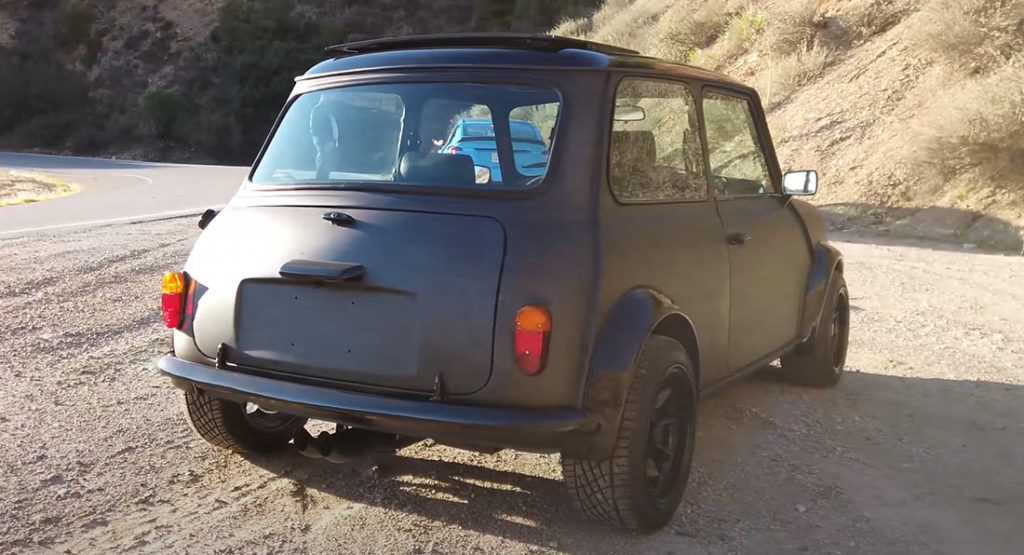 The classic Mini is an absolute icon and a company by the name of Gildred Racing in California has used it as the base for a very enticing project.

While you may not have heard of Gildred, the company has been modifying classic Minis for quite some time and with its latest creation decided to build something that combines performance with a number of luxury features that you wouldn’t expect to see in a car like this. Matt Farah and Zack Klapman recently put it through its paces.

Read Also: MINI Gets Into The Electromod Business, Will Convert Classic Cars Into EVs

The most significant change made to the car is the fitment of a naturally-aspirated 1.6-liter Honda D16 four-cylinder engine. This engine packs neatly under the hood and while it isn’t hugely powerful, it has more grunt than the car’s original powertrain and that classic, high-revving note that some of Honda’s great four-cylinders are known for.

Coupled to the engine is a sharp and quick manual transmission driving the front wheels. For most people, driving a vehicle like this would be one of the purest experiences you can have behind the wheel but Farah is far too big to comfortably fit inside. In fact, he had to push the seat very far back, meaning he had to stretch out his arms to reach the steering wheel. His right leg was also resting directly against the shifter. The ergonomics also didn’t suit his smaller co-host very well.

In a straight line, the car isn’t particularly fast but as it weighs just 1,600 lbs (725 kg), it is very engaging to drive and you can feel every little pebble on the road. It’s not all good, however, as they add that the car could benefit from a set of larger brakes.