We’ve seen the next-gen Ford Ranger Raptor from the outside a couple of times now, but today it’s about the interior. One of our spy shooters managed to catch a test vehicle with some of its interior shrouding and camo removed, so we can see what Ford is doing to differentiate it from the standard Ranger. Reminder: We know what the regular Ranger looks like on the inside, because the global version of the truck has already been revealed.

The shots we’re looking at here show an interior with minor changes versus the standard Ranger. In Raptor fashion, this truck is sporting orange-red accents. We can see the color on the air vent surrounds, steering wheel stitching, center marker of the steering wheel and in use for the “Raptor” logo at the bottom of the steering wheel. For now, that’s all we get to see.

Tech-wise, the Raptor is sporting the same large, vertically-oriented infotainment touchscreen that we see on the normal Ranger. Plus, an all-digital dash also matches the standard Ranger. A tiny depiction of the truck is visible on the infotainment screen, but it’s too far away to see any details. 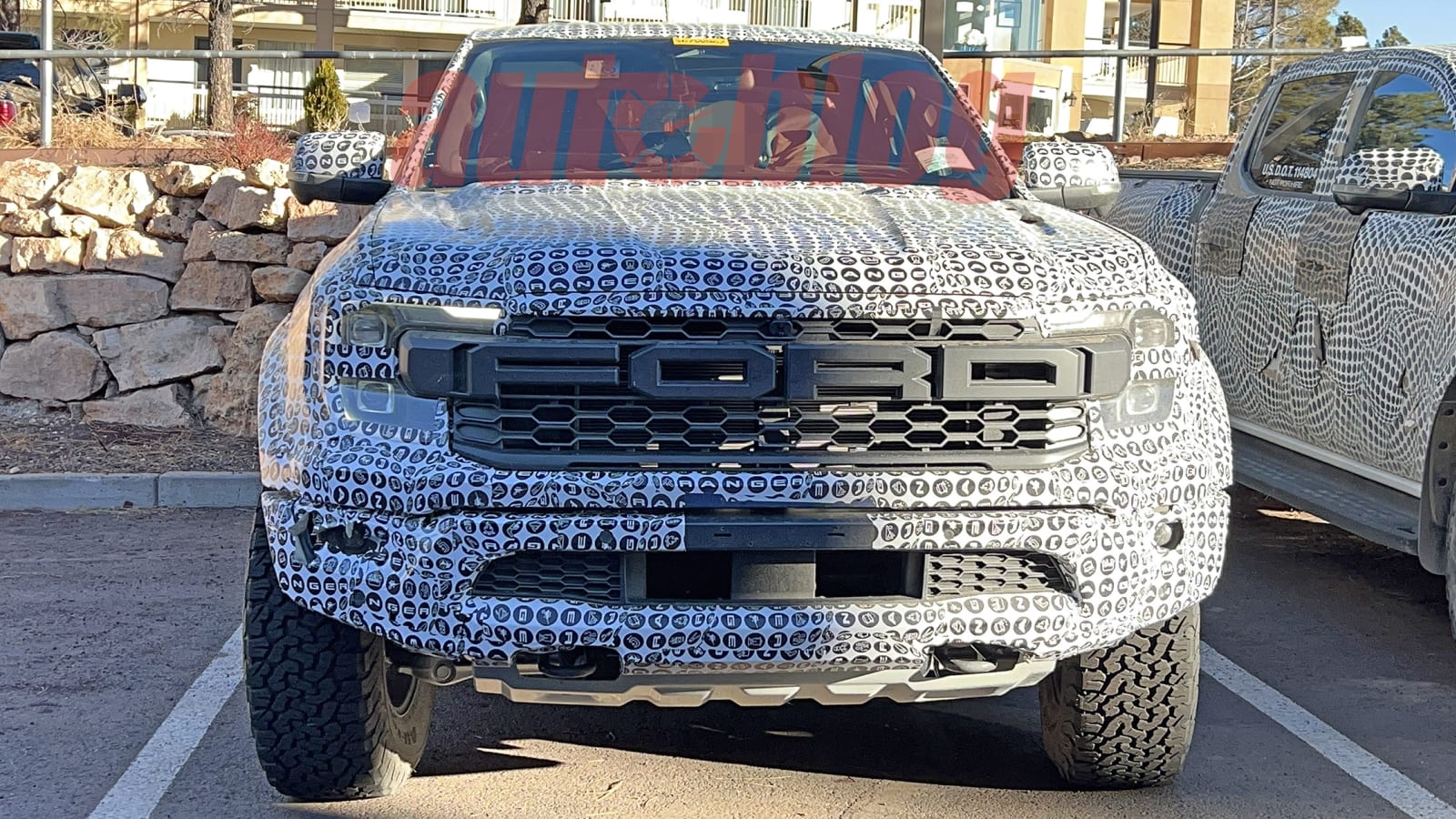 Moving to the exterior, the one new aspect versus our previous spy shots is a fully revealed grille that spells out “FORD” in traditional Raptor all-caps style. The photos also show us a closer view of the big front skid plate and those giant BFGoodrich K02 all-terrain tires.

Similar to Ford’s other camouflage patterns for off-road vehicles, this Ranger’s camo has a pattern that spells out “Ranger” over and over. Plus, it’s complemented by a number of emblems depicting nature and off-road activities.

It’s still unclear when exactly the Ranger Raptor will debut, but we can hope for a 2023 model year arrival.