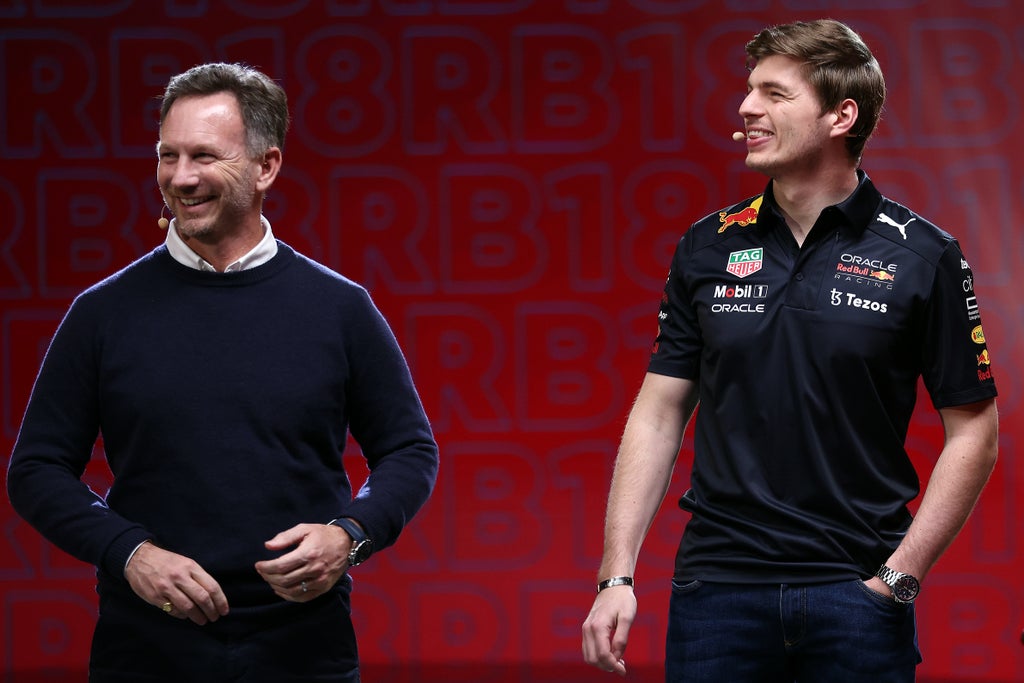 Max Verstappen insists the pressure is off as he prepares to open his Formula One championship defence.

Red Bull became F1’s first major player to take the wraps off their new machine – the foremost of the sport’s new technical era – at their Milton Keynes base on Wednesday.

The fallout from the 12 December race continues with FIA race director Michael Masi’s position under intense scrutiny amid an ongoing FIA inquiry into a result Hamilton claimed was “manipulated”.

Hamilton was back at Mercedes’ Brackley factory this week – all but ending suggestions he will quit the sport – with the Silver Arrows to unveil their car for the forthcoming campaign at Silverstone a week on Friday.

For Verstappen, the 24-year-old Dutchman will begin an F1 season as the defending champion for the first time in his career.

But when asked if he feels a greater weight of expectation, Verstappen replied: “No, I just do what I do all the time and there is no reason to suddenly be different.

“With the new regulations you have to get used to the car and that is going to be the biggest adaptation, but the rest is pretty straightforward.

“It doesn’t feel differently starting the year as the champion. Personally I feel good and what is important is you prepare yourself in the best way physically.

“I am curious to see how the car is performing on track. But I had a good time off and I am recharged to start driving again.”

The deal is understood to be worth $100million-per-season for the next five years – thought to be among the biggest commercial contracts in sport.

Red Bull team principal Christian Horner said: “Last year was a hell of a season – so intense from the first race all the way through to that last race in Abu Dhabi.

“In many ways it only seems like yesterday but in others it already feels like a long time ago.

“It will go down in history as one of the all-time great seasons. I cannot remember a year in Formula One that was so close between the top two drivers from the first race to the very last.

“Our challenge now is to build on that. We have number one on the car and we want to keep it on the car and defend that title with Max, which with a brand new set of regulations is going to be incredibly difficult.

“But motivation is sky high and we are riding on a crest of a wave from last year.

“Max was phenomenal. He had an outstanding season, he dominated the laps led, he won 10 grands prix and took the world championship so his confidence is going to be sky high and he will be looking to build on those performances in 2022.”