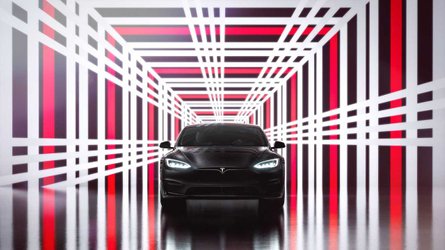 It seems the Tesla Model S Plaid set yet another quarter-mile record, which was recently shared on Instagram by DragTimes. According to Tesla, the Plaid can tackle a quarter-mile pass in just 9.23 seconds at 155 mph. However, this specific Model S pulled it off in just 8.94 seconds with a trap speed of 156 mph.

Right away, we wondered if the car was modified, and we’ll say up front that it was. In fact, its original owner explained that the car “had a lot of weight taken off.” Nonetheless, it’s still impressive to see a four-door five-seat family sedan achieve such numbers, and with more work on the car, it’s highly likely it could complete the quarter-mile run more quickly.

At the time of writing, we couldn’t find a related video up on the DragTimes YouTube channel, though we can probably expect something soon. In the meantime, channel founder and host Brooks Weisblat shared the short clip on the dragtimescom Instagram channel. While the video isn’t high quality, you may find yourself watching (listening) over and over just to hear the Plaid’s spaceship-like sound.

According to our friends at Teslarati, the record-breaking Model S Plaid was originally owned by @situation_coyote who sold it after 11,000 miles. The original owner admitted that the car had weight removed, and he also said its tires were completely destroyed after the runs on the day it broke the record.

Can a stripped-down Model S Plaid tackle the quarter-mile even quicker? What do you think is the absolute best time a Plaid could achieve in a quarter-mile pass if every effort was made to reduce weight and the conditions were perfect. Place your bets!