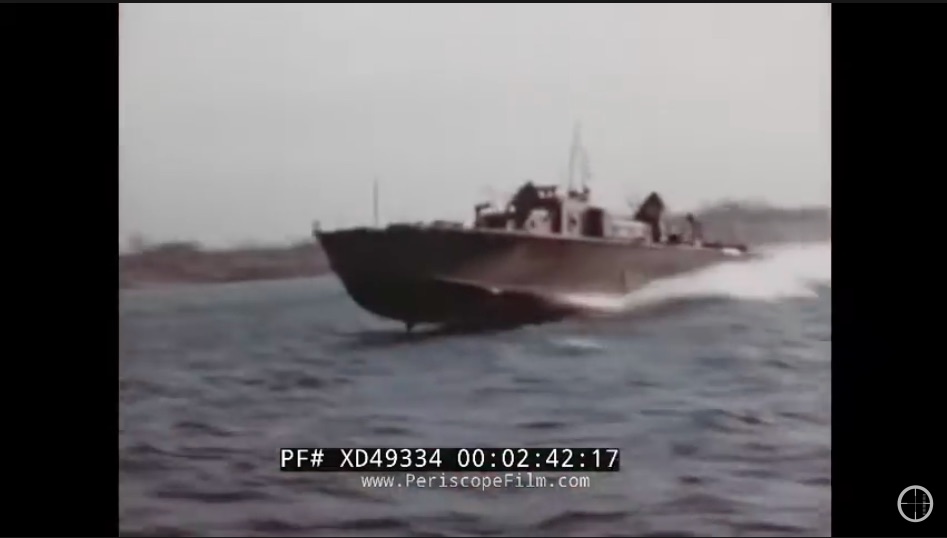 When it comes to the most compelling mechanized weaponry of WWII, PT Boats are pretty close to the top of the heap for me. Sporting three massive Packard marine engines, bristling with torpedos, guns, and sitting on a sharp hull that would allow the 80ft long crafts to take hard turns in pursuit or escape from the enemy, these were floating hot rods that punch well above their weight class. The PT Boat was used around the whole world during the war. Perhaps they are most famous for their action in the South Pacific but they were literally used from Alaska to Italy and in the Atlantic Ocean as well.

This film, made in the late 1940s shows the process Elco used to build these boats. From the factories to the materials used in construction, the story is told in color and with sound. Hell, when you get to the part of them mounting the three giant engines and then roaring around the water, your heart will swell with hot rodding pride. A gnarly as one of those mills is, hearing three of them roaring is really something.

Clean Cackle Video: A Look At The 2022 Scrappers Top Fuel Team Complete With A Shop Cackle!