BMW is going to make a splash at this year’s Super Bowl. The Bavarians are back with an A-List cast, featuring Salma Hayek Pinault and Arnold Schwarzenegger. The star-studded spot brings the BMW iX to the forefront, a move we’ve already anticipated. The BMW Super Bowl Commercial was directed by two-time Academy Award nominated director Bryan Buckley. It will air during the third commercial break of the first quarter of the game. 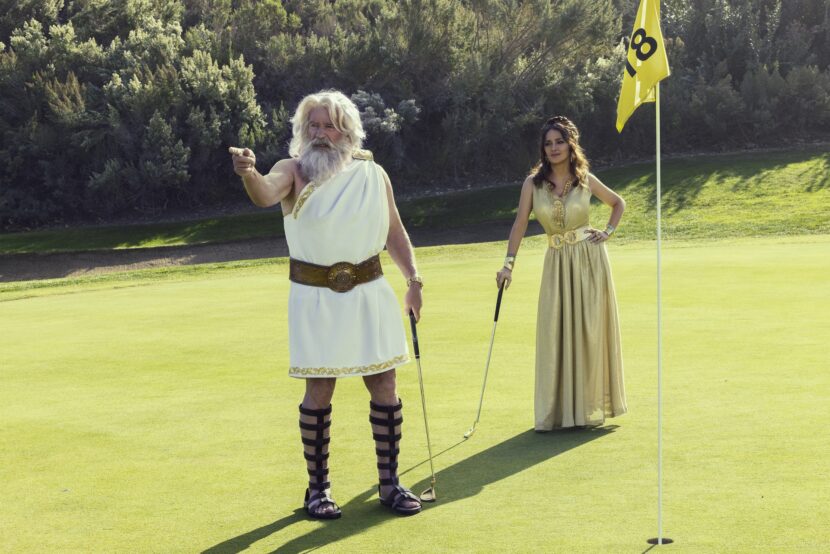 Schwarzenegger stars as Zeus, the Greek god of lightning, and Hayek Pinault plays his wife, the goddess Hera, as they retire from Mt. Olympus to a quiet life in Palm Springs, California. However, the monotony of retirement quickly weighs on Zeus, who becomes frustrated by his struggles with earthly electronics and his nagging mortal neighbors’ constant requests to charge their electric golf carts and hedge trimmers. Meanwhile, Hera, the hero of the story, has fully acclimated and is thriving in retirement. In an effort to bring some excitement back into Zeus’s life, she gifts him with an all-electric BMW iX, which quickly helps reignite her husband’s electric mojo. The spot closes with the happy couple rocking down the road in their new BMW iX to Eddy Grant’s “Electric Avenue” while Zeus uses his electric power to change the traffic lights to green. 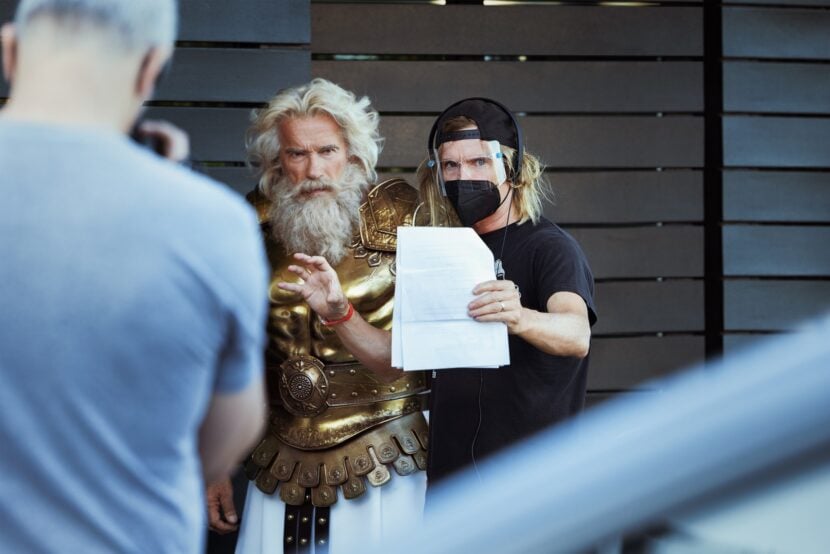 “The humor lies in this legendary god of lightning, who is supposed to be indestructible, battling with everyday electronics,” said Schwarzenegger. “It is only when his brilliant wife presents him with the gift of an all-electric BMW iX that Zeus is struck with the mighty power of electricity and is completely rejuvenated.”

The spot was conceived by BMW’s lead U.S. creative agency, Goodby Silverstein & Partners. The ad also marks Hayek Pinault’s debut in a Super Bowl spot and the first time she and Schwarzenegger have costarred in a national ad.

“This is my first Super Bowl commercial—and the first time I’ve played a Greek goddess,” said Hayek Pinault. “Seventy-five percent of the decisions made in a marriage about where to spend the money are made by women, and in this commercial, it is the woman who decides on the right car to get her husband back on track. Of course, the commercial is entertaining, but there is also a real human truth to it.”