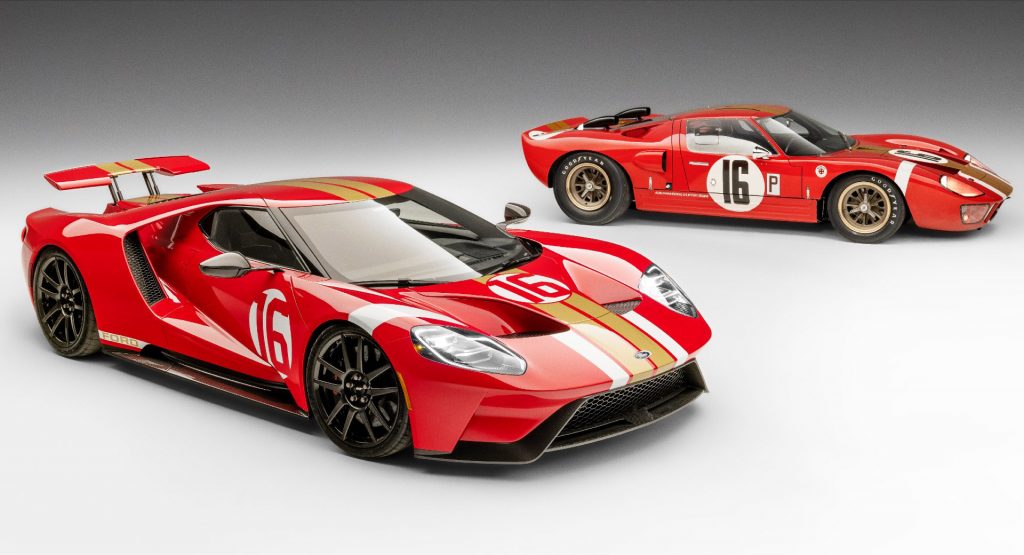 The Ford GT is in its final year of production but the automaker had another special edition up its sleeve. After being teased a few months ago, the 2022 Ford GT Alan Mann Heritage Edition was fully unveiled at the Chicago Auto Show. The special model is paying tribute to Alan Mann Racing’s lightweight racing prototypes from 1966, while highlighting the importance of prototypes in the development of the race-winning GT.

The red and gold livery with Frozen White accents for the No. 16 graphics is inspired by the 1966 Ford AM GT-1 prototype that will be on display next to the modern reinterpretation. Additionally, the 2022 Ford GT Alan Mann Heritage Edition gets exposed carbon fiber on the aero components, since lightweight materials were always the core ingredient of Alan Mann Racing’s projects. Another highlight is the carbon-fiber 20-inch wheels with Brembo brake calipers painted in black and red. 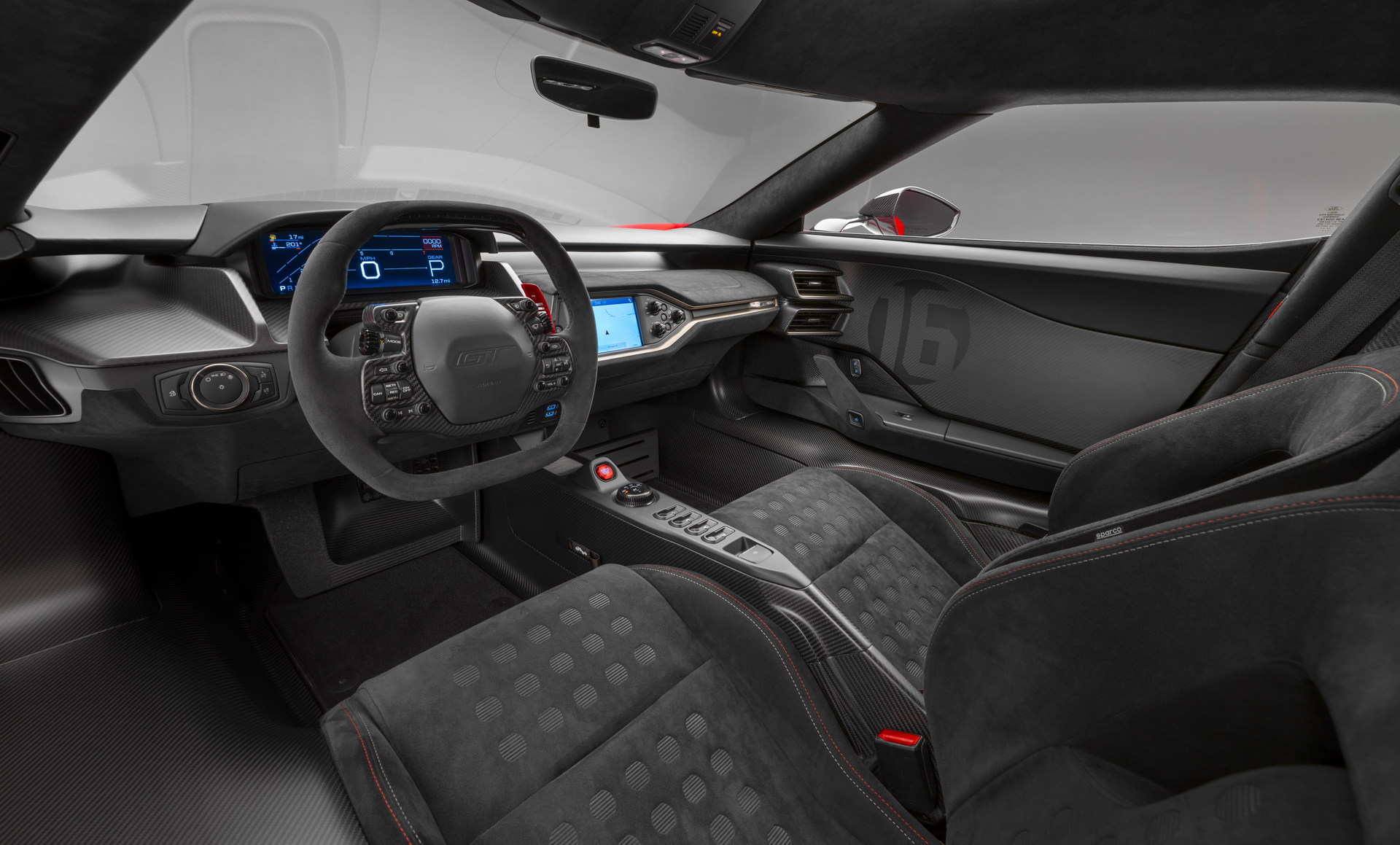 Inside there is plenty of exposed carbon fiber combined with black Ebony Alcantara upholstery on the steering wheel, instrument panel, headliner, pillars, and seats. The latter feature gold and red stitching, plus the GT logo embossed on the headrests. Discreet gold accents can be found on the dashboard while the paddle shifters are finished in Alan Mann Red.

The two racing prototypes of Alan Mann Racing – the AM GT-1 and another car based on the GT MK I – didn’t win major races, however the use of lightweight components was later applied in the Le Mans-winning 1966 GT MK II, contributing to the models’ glorious racing heritage.