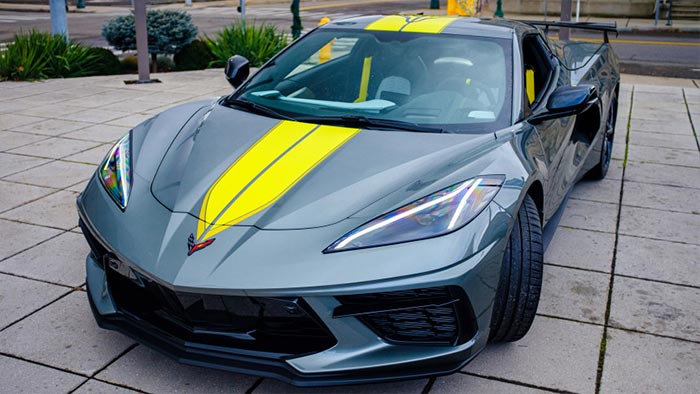 Last December the International Motor Racing Research Center (IMRRC) at Watkins Glen gave away a Red Mist 2021 Corvette Convertible to someone who donated to the non-profit organization which seeks to preserve and share the history of motorsports. This month, the IMRRC has kicked off their 2022 fundraising campaign which will see another lucky winner take home this sold-out 2022 Corvette IMSA GTLM Championship C8.R Edition Convertible in Hypersonic Gray.

CorvetteBlogger readers receive 25% BONUS ENTRIES on ticket packages of $25 or more so start getting your tickets to this December 2022 giveaway now!

When you make a donation to support the IMRRC and you’ll be automatically entered into the drawing to win this special edition Corvette convertible. The International Motor Racing Research Center collects, shares and preserves the history of motorsports. Spanning continents, eras and race series, the Center’s collection embodies the speed, drama and camaraderie of amateur and professional motor racing throughout the world. 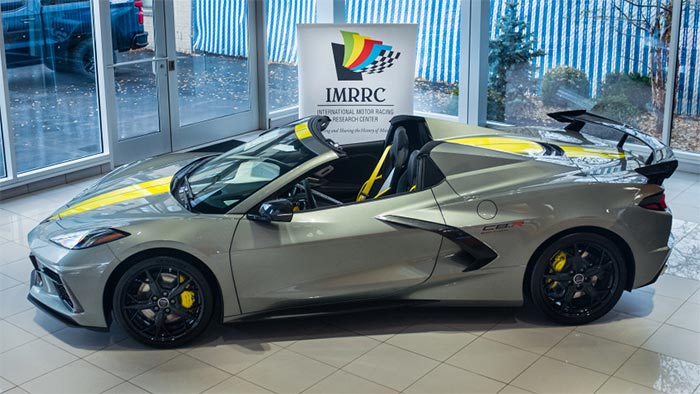 Chevrolet introduced the 2022 Corvette IMSA GTLM Championship C8.R Editions last June during the IMSA Championship Race at Belle Isle in Detroit. Only 1,000 of the first special editions of the C8 era were built and today these are all sold out! While we’ve seen collectors pay between $160,000-$300,000 at auction to purchase one of the Hypersonic Gray C8.R editions, you can possibly take this car home just by making a donation of $25.00 or more to the IMRRC.

The Corvette C8.R Edition is powered by the 495-hp LT2 V8 engine and it comes with the Z51 Performance Package which also adds the Z51 suspension, brakes, and the NPP Performance Exhaust. The Z51 also includes the summer-only Michelin Pilot Sport 4S tires while the gearbox is optimized for faster shifting to help the Corvette go 0-60 mph in under 3 seconds! 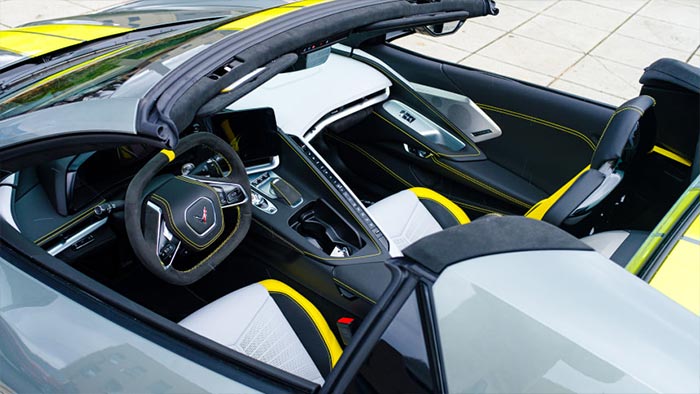 There’s more to this Grand Prize than just the ’22 C8.R Edition Corvette! The Grand Prize winner will also be eligible for two additional prizes:

The International Motor Racing Research Center has already received their Grand Prize 2022 Corvette IMSA GTLM Championship C8.R Edition and it’s now on display inside the IMRRC Library. Here is the Grand Prize Corvette being unveiled to supporters of the IMRRC at an event at the end of January:

Located in Watkins Glen, NY., the International Motor Racing Research Center is a 501(c)(3) charitable organization that collects, shares, and preserves the history of motorsports. Spanning continents, eras, and race series, the IMRRC’s extensive collection includes thousands of hours of film and video, hundreds of thousands of photographs, as well as thousands of cubic feet of periodicals, newsletters, rare books, race results, race programs, artwork, trophies and much, much more.

Make a donation to the IMRRC today and you’ll be automatically entered to win the 2022 Corvette IMSA GTLM Championship C8.R Edition Convertible and the Racing Prize Package which puts you behind the wheel of the C8 Corvette at the Ron Fellows Driving School at Spring Mountain. 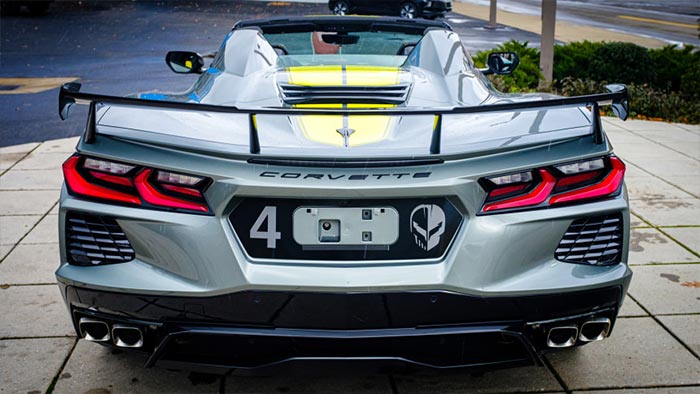