Sebastian Vettel says the high point of his ROC’s weekend in Sweden was sitting alongside rally legend Stig Blomqvist as he demonstrated the iconic Audi Quattro S1.

Vettel’s trip to the Race of Champions event at Pite Havsbad saw the Aston Martin driver eliminated early on from Saturday’s Nations Cup round along with his Team Germany teammate Mick Schumacher.

But on Sunday, in the Champion of Champions event, the four-time F1 world champion impressively powered through the rounds to reach the final where he was defeated three heats to one by four-time ROC victor Sebastien Loeb. 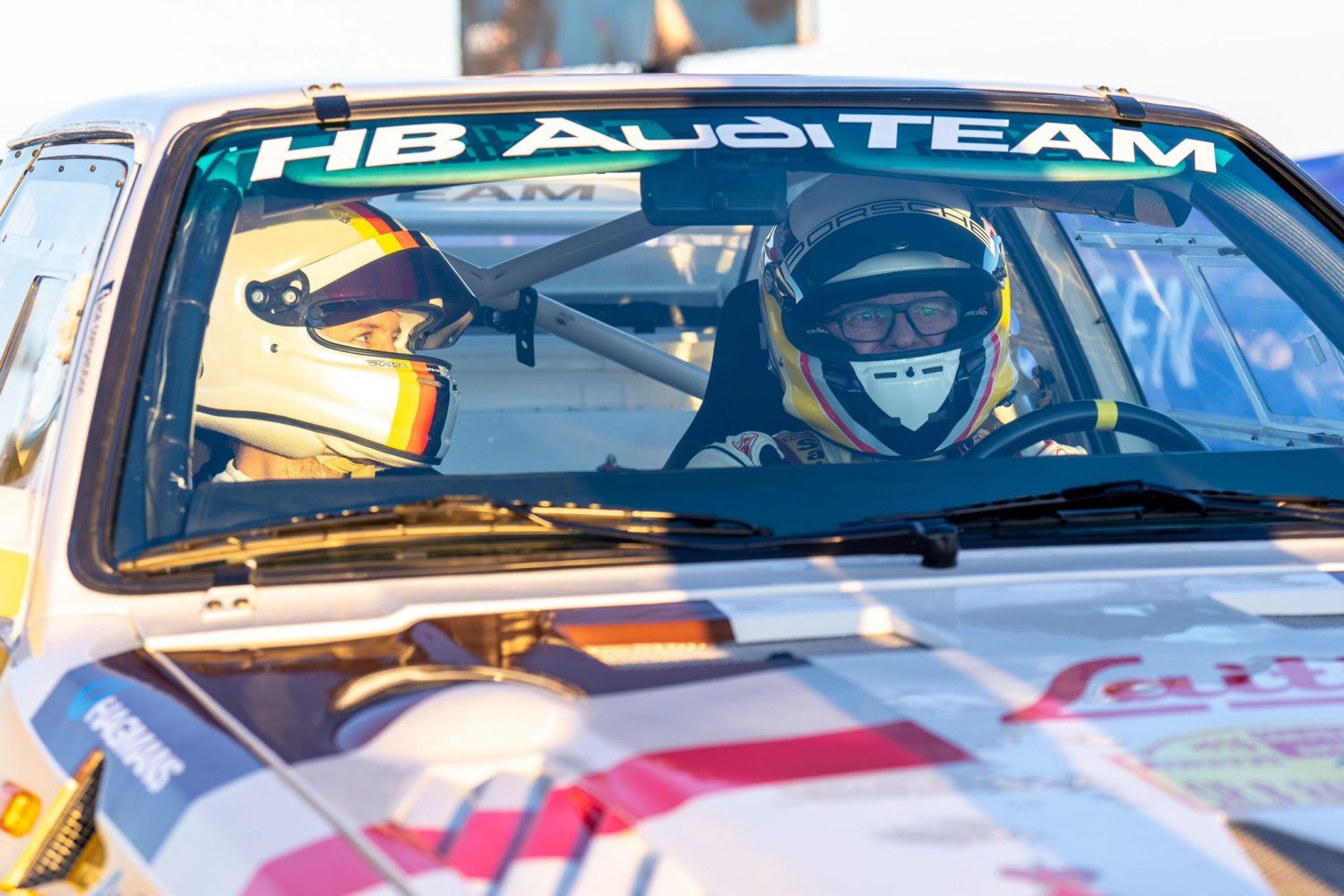 However, it was Vettel’s passenger ride in the Audi S1 Quattro alongside 1984 world rally champion Stig Blomqvist – the real Stig – that likely produced the Aston Martin F1 driver’s most memorable moment of his ROC weekend.

“I think the car is iconic, but then to have the chance to ride with the Stig – and the proper one not the made-up one – has been really cool,” enthused Vettel, quoted by The Race.

“I’m very grateful that Stig still does these types of events and then I was begging to get into the car and I used the opportunity to go side by side.

“It was magical in many ways. So I really enjoyed it.”

While he was happy to share Blomqvist’s demo run, Vettel made clear that he would never have been brave enough to ride alongside the Swedish ace in a special stage back in the day.

“In that car, I’m not sure I would be a passenger in a rally like the Monte Carlo or another one with the longest straights and faster corners.” he said.

“But it was really cool!”

The post Vettel elated over 'magical' ride with Blomqvist at ROC appeared first on F1i.com.