Coming in hot on the back of a breakout IndyCar season, Dutch sensation Rinus VeeKay starts his 2022 season with the Rolex 24 at Daytona. At the Floridian roval, VeeKay will look to combine his oval racing skills with those he so meticulously crafted at the American road courses.

From thirteenth on the grid, VeeKay’s #29 Racing Team Nederland Oreca-Gibson goes into the endurance classic from the middle of the LMP2 pack.

“I’m really looking forward to the race,” the 21-year-old explains. “Last year I competed – unfortunately couldn’t even drive in the race. So, I’m very excited just to drive now, especially with my sponsor Jumbo.

“We haven’t had much time driving on track, so I’m excited to drive for 24 hours and really get a feeling and driving through the night.” 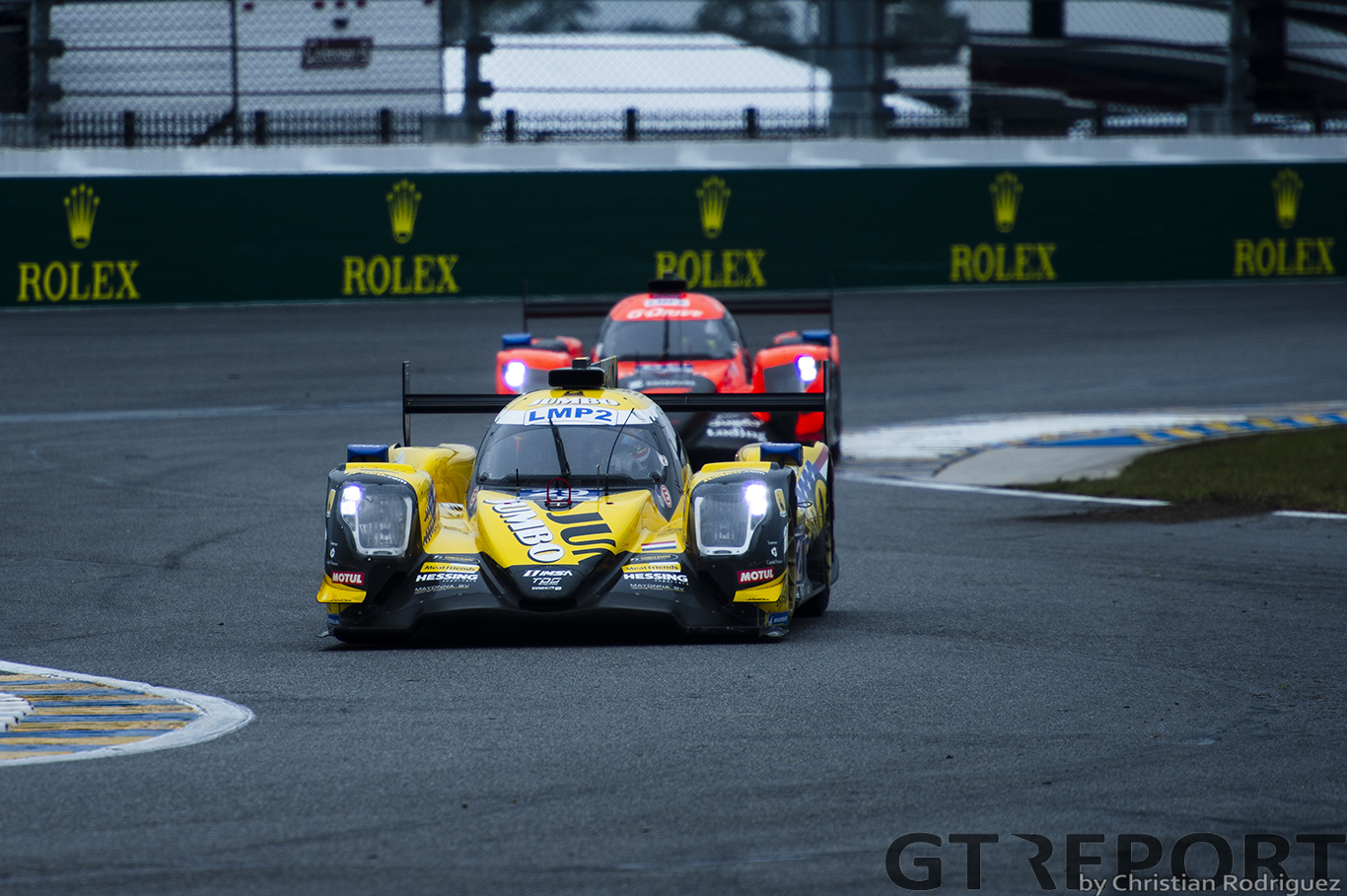 After an aborted 2021 debut with DragonSpeed – an early retirement meant he could turn only a single race lap – it’s try-again for the Ed Carpenter Racing protégé.

“Everything is still new for me. The team is doing well, I have a good feeling. I don’t have a hard time adapting to anything. The atmosphere is good and I’m very excited and a little bit anxious to see what is going to happen in the race.”

At Racing Team Nederland, Rinus – whose official last name is Van Kalmthout, but try pronouncing that in English – finds himself in a largely Dutch team set up by co-driver, racing enthusiast and Jumbo owner Frits van Eerd. 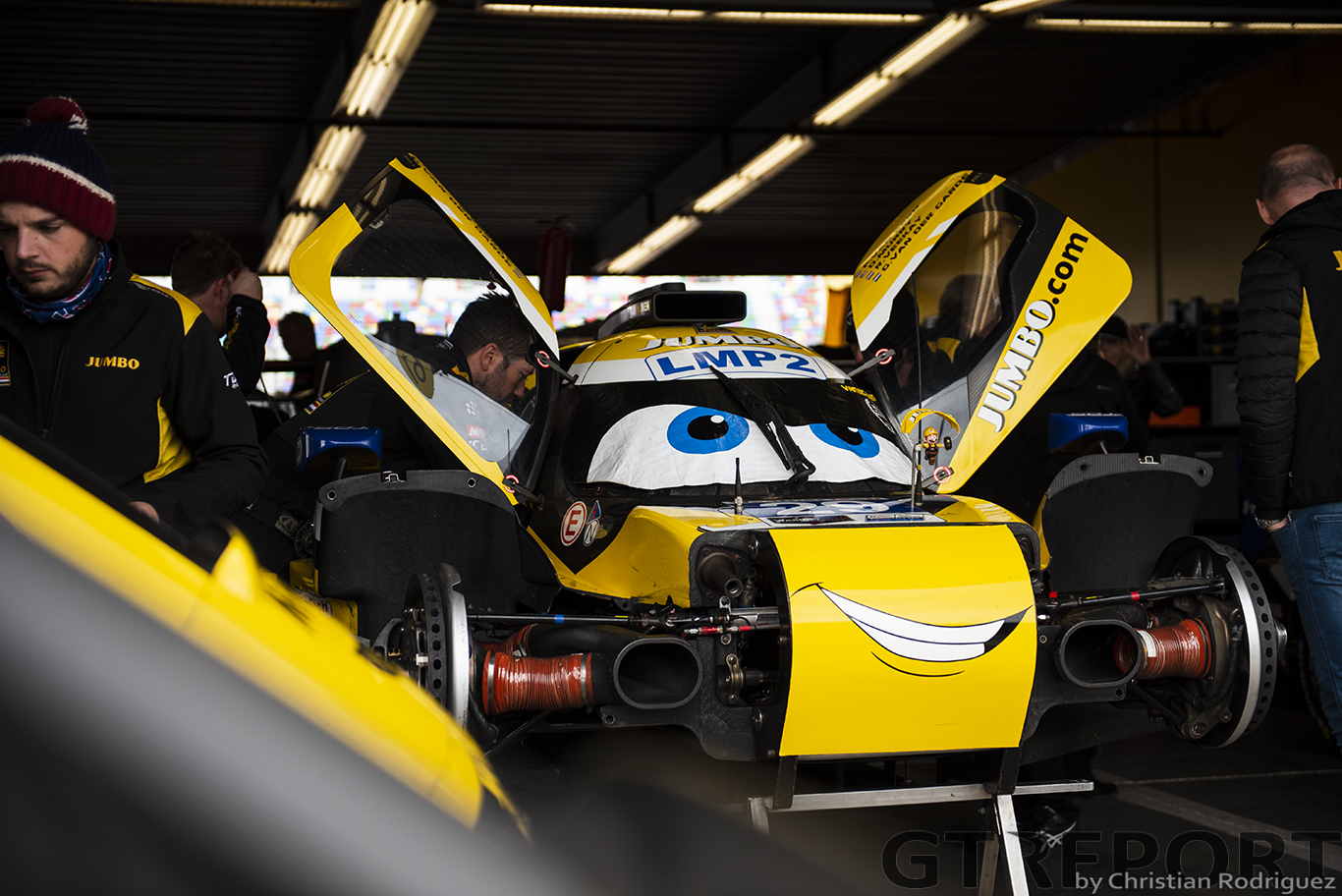 “It kind of does [feel like coming home]. I’m speaking Dutch in the team and almost everyone in the team is Dutch. We have a lot of fun and make Dutch jokes – which I normally don’t in the US! It’s definitely a lot of fun outside of the car – we’re laughing a lot!”

Used to open-wheel racing cars, the LMP2 offers a whole new challenge for the single-seater star as he switches from an IndyCar to a Le Mans Prototype.

“It is quite a lot different,” VeeKay states.

“One thing – you wouldn’t guess – is inside the LMP2 car it’s quite tight, tighter than the IndyCar. The IndyCar is quite spacious.

“And then you cannot see the tyres, that is quite hard. When you’re locking a tyre, you have lights flashing on your dash instead of seeing the wheel not turning. It takes some getting used to. 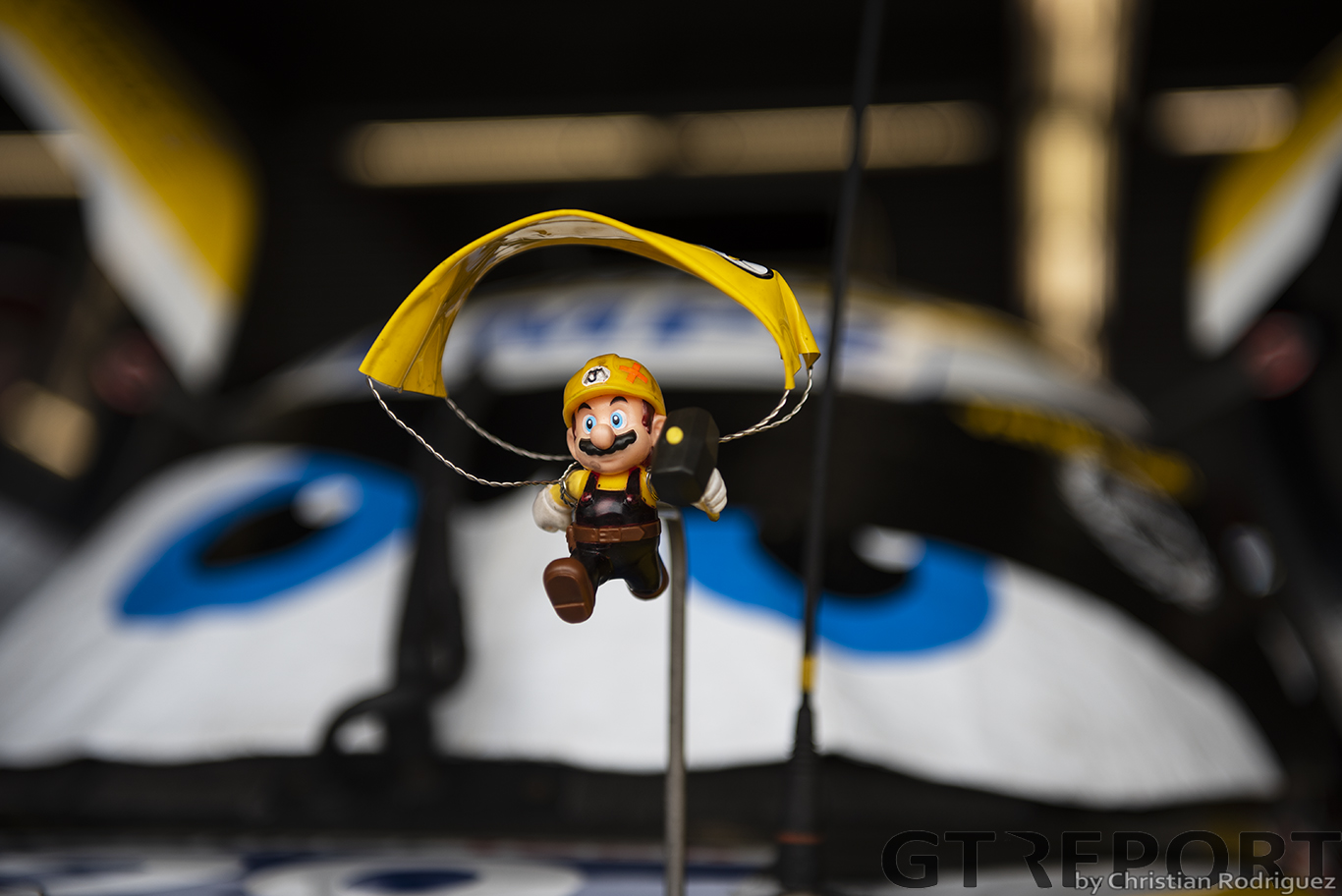 “And, of course, you get to do driver changes. You have gotta be fast – but actually you [also] can be very chill, you don’t have to hurry or stress because you’ll only make mistakes. If you’re just very chill you’ll have enough time with refueling the car. It’s not that much of a hurry, but it’s definitely something I had to get used to and learn.”

Whereas in IndyCar, setting up the car is all about the sole driver, this weekend at Daytona requires a wide variety of drivers to extract the maximum from the #29 machine – from professional racers Rinus VeeKay and Giedo van der Garde to young and inexperienced rising star Dylan Murry and gentleman driver Frits van Eerd.

“I’ve got a lot of experience with the IndyCar which I obviously will use. But it’s still a lot of new stuff and I think Giedo [van der Garde] is really the team leader here and I kind of follow his lead.” 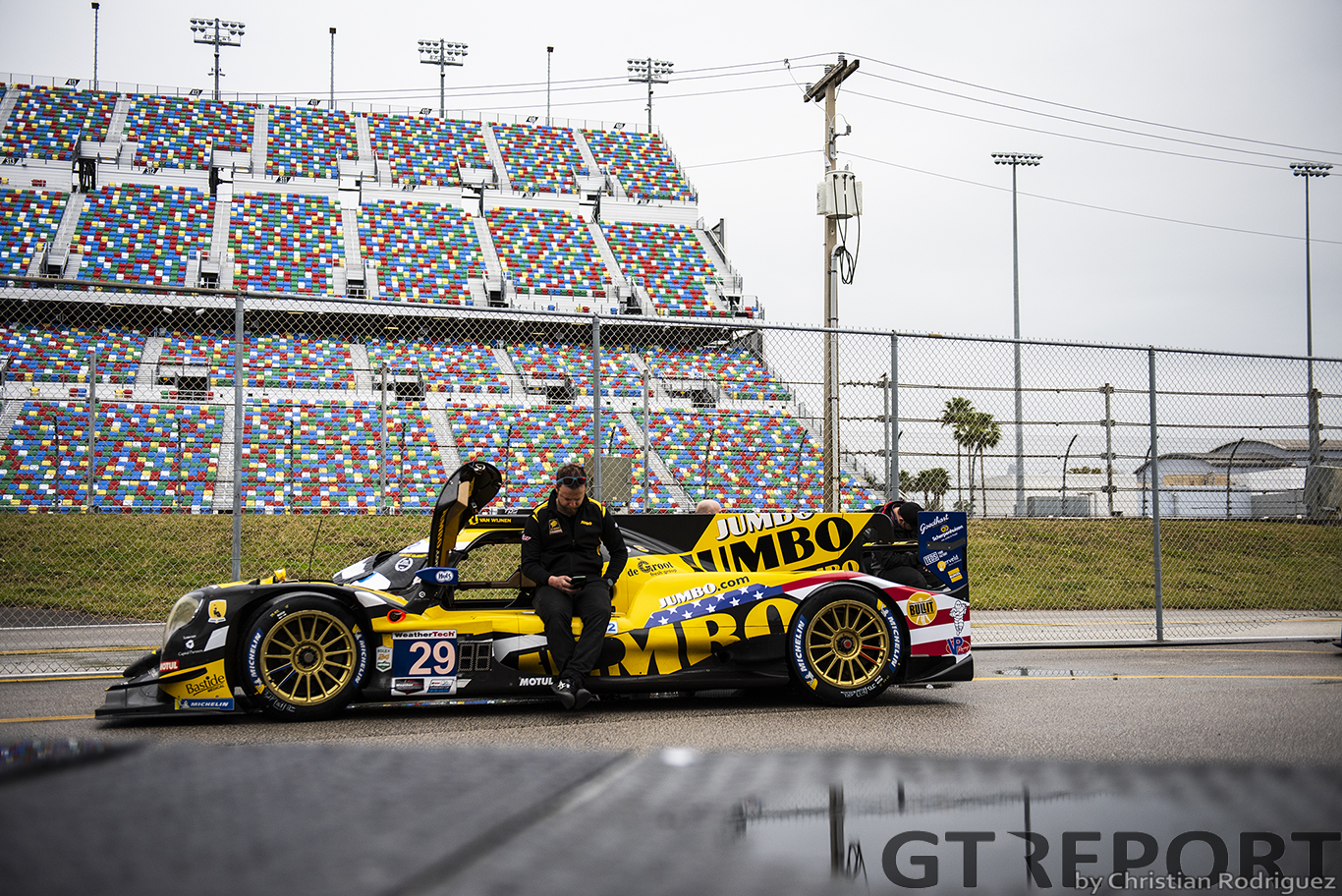 With over 60 cars on track, managing traffic is always key at the tight and twisty Daytona infield.

“Yeah, it’s busy! I think it’s going to be very important too, to manage traffic. But I like passing cars and I know one big factor in this race is making sure you sustain no damage and keep driving. You can gain one second making a risky move on one car, but it’s most important you make sure you keep driving and have no issues – that’s how the other guys won last year.

“[The goal is to] just trying to have a flawless race: don’t touch other cars because this car is very sensitive, it’s very easy to break something. So, no touching of other cars, and just making sure we’re all safe and we can really fight in the last four hours.” 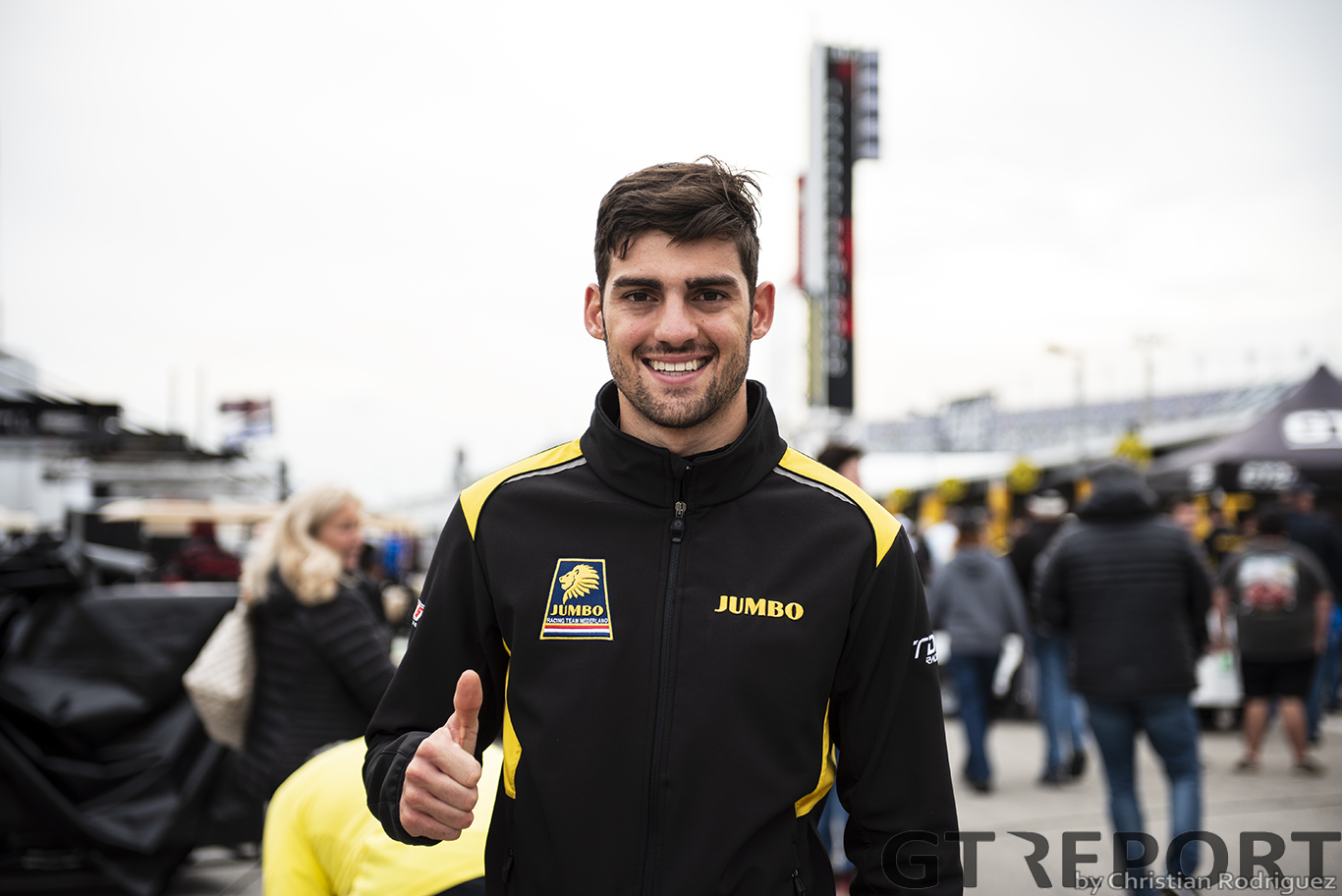 Now that he’s dipped his toes in the water, will sports car be a part of VeeKay’s racing programme moving forward?

“Maybe sometime, ever, I would like to do Le Mans. But this one is a really good warm-up for me to start the IndyCar season which starts in just under a month. Hopefully a little bit more, but during the IndyCar season I just want to focus on one thing and that is IndyCar.”