KTM’s been working on the testing phase of their next-gen Adventure range – and judging by the spy shots taken recently in Austria, it looks like there will be a third machine to join the 890 lineups.

The report from MCN states that the third machine in question appears to be a new KTM 890 Adventure S, complete with a fresh fairing that reaches up to the headlight. The other espied models sport transparent screens, with the lack thereof on our ‘S’ being likely due to the testing routine.

Should this be an Adventure S, the model will obviously be more fitted to pavement – at least, judging by the wheel difference between the 890 Adventure, the R, and the new machine seen below: 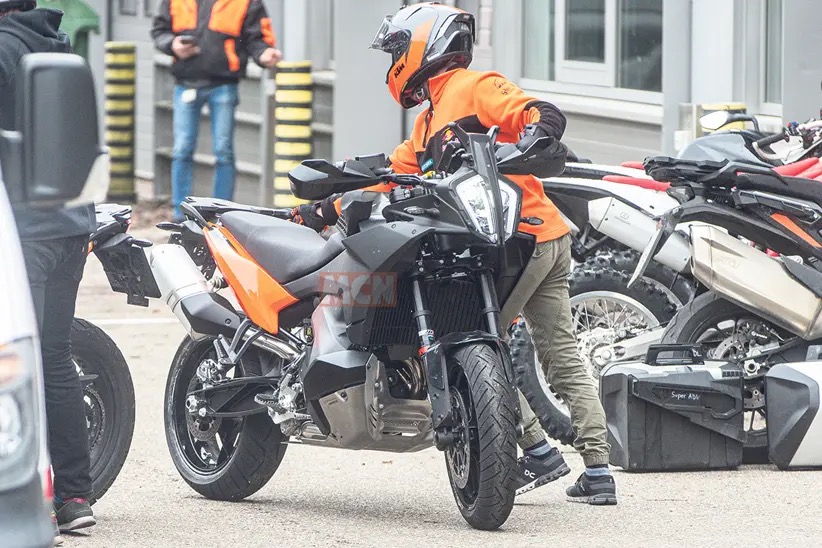 The report also mentions a slight difference in the upper bit of bodywork to sync up the new fairing kit, along with a plastic/metal bash plate section (alloy for the ‘R’ model) to better protect the belly when full-tilt.

Lastly, the lack of changes to the exhaust tells us that any rumors of a 990 LC8c parallel-twin have no place here…at least, not judging by what MCN found in this particular part of Austria. 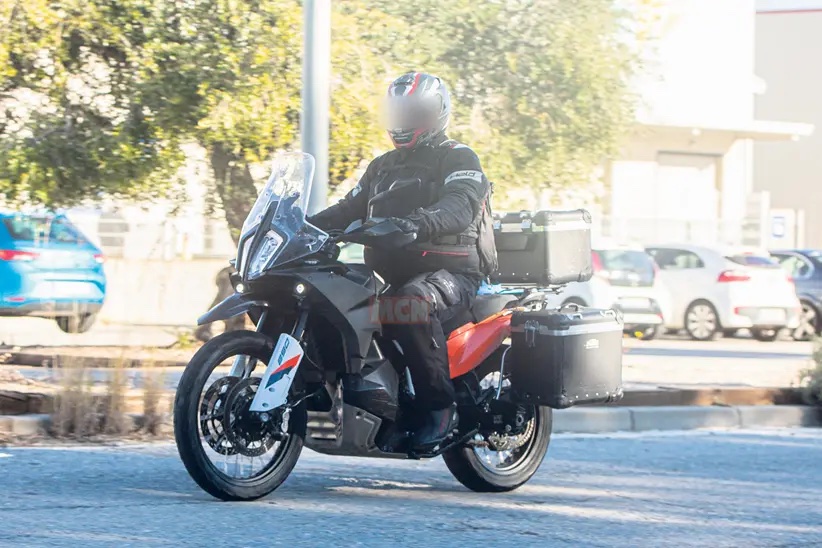 Drop a comment below letting us know what you think, and as always – stay safe on the twisties.

*All media sourced from MCN*