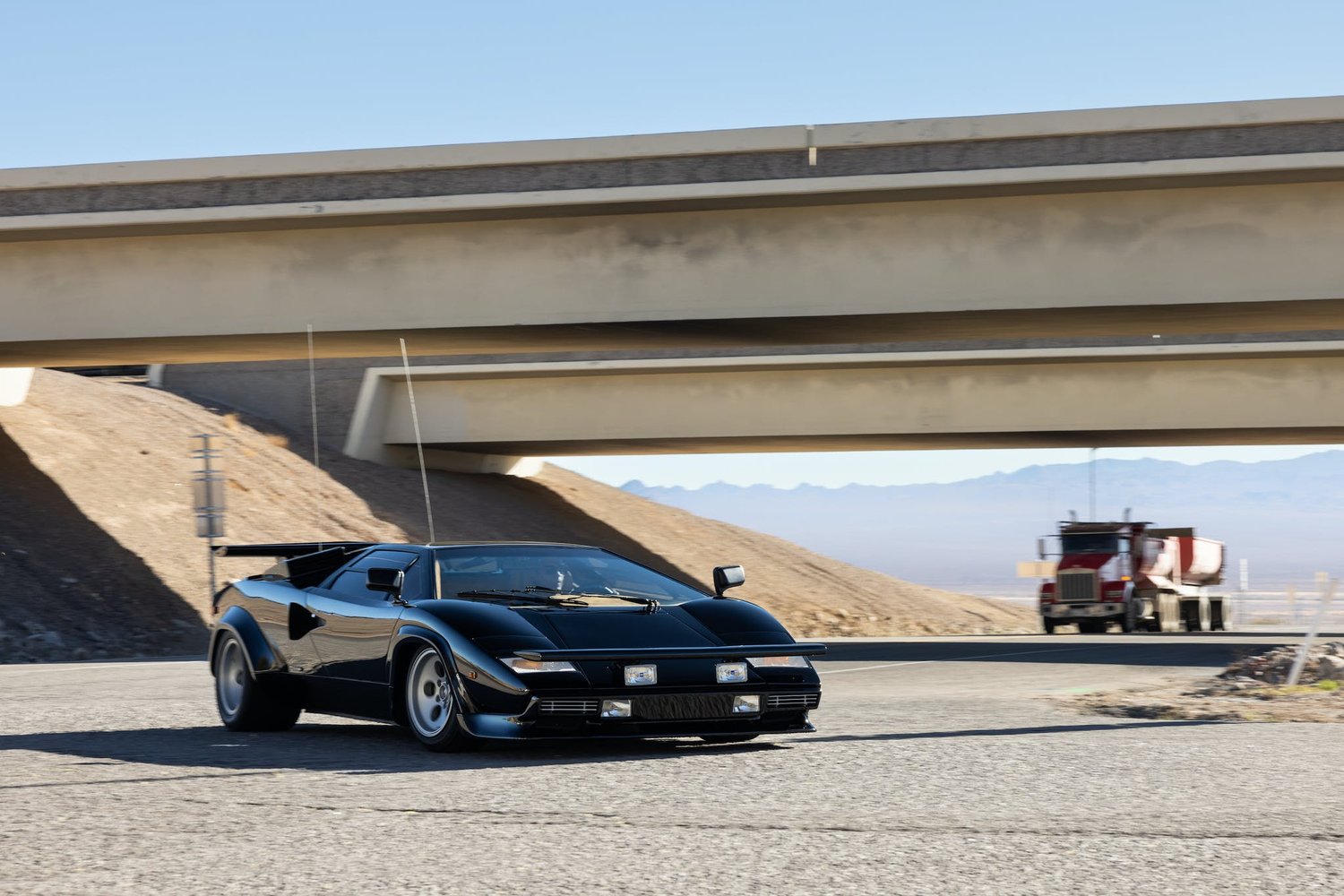 One such enthusiast was Ron Rice, founder of Hawaiian Tropic sun care products. Rice was an early proponent of product placement, and he paid to have Hawaiian Tropic shown on screen. He was also allowed to hang out on the set, and upon seeing the Countach for the first time, he immediately bought it from Bernius.

Steve McQueen was originally cast for the lead role in Cannonball Run, but when he was diagnosed with cancer, Burt Reynolds took his place. That changed the entire complexion of the movie. With Reynolds’ influence, the script became more farcical, and the cast kept growing. “Everybody wanted to get in on the fun,” Pam Yates says.