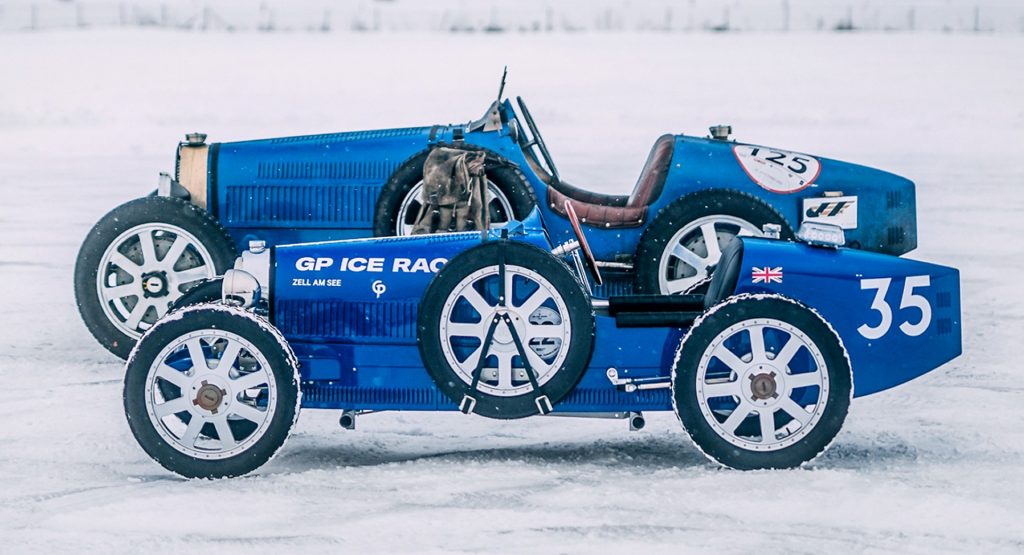 Bugatti made small but noticeable waves when it introduced its Baby II electric vehicle in 2019. Now, the brand is continuing its commitment to the pint-sized Bugatti by taking it back to its roots. Sixty years ago the real Bugatti Baby II competed at the GP Ice Race in Austria, and over the Jan 28-30 weekend, the Baby II EV returned as its safety car.

The Little Car Company, not Bugatti themselves, builds the Baby II EV which is limited to just 500 total units. Developed jointly between the two brands, the 75 percent scale, fully electric vehicle is completely hand-built and has a top speed of 42 mph (68 km/h), which made it a usable safety car at the GP Ice Race. Of course, it also has real history here as the original Bugatti Type 35, which the Baby II is based on, inaugurated the 1960 event flanked by two motorcycles while a low-flying plane joined overhead.

Read Also: Meet The Guy That Tests Every New Bugatti Before It Is Delivered 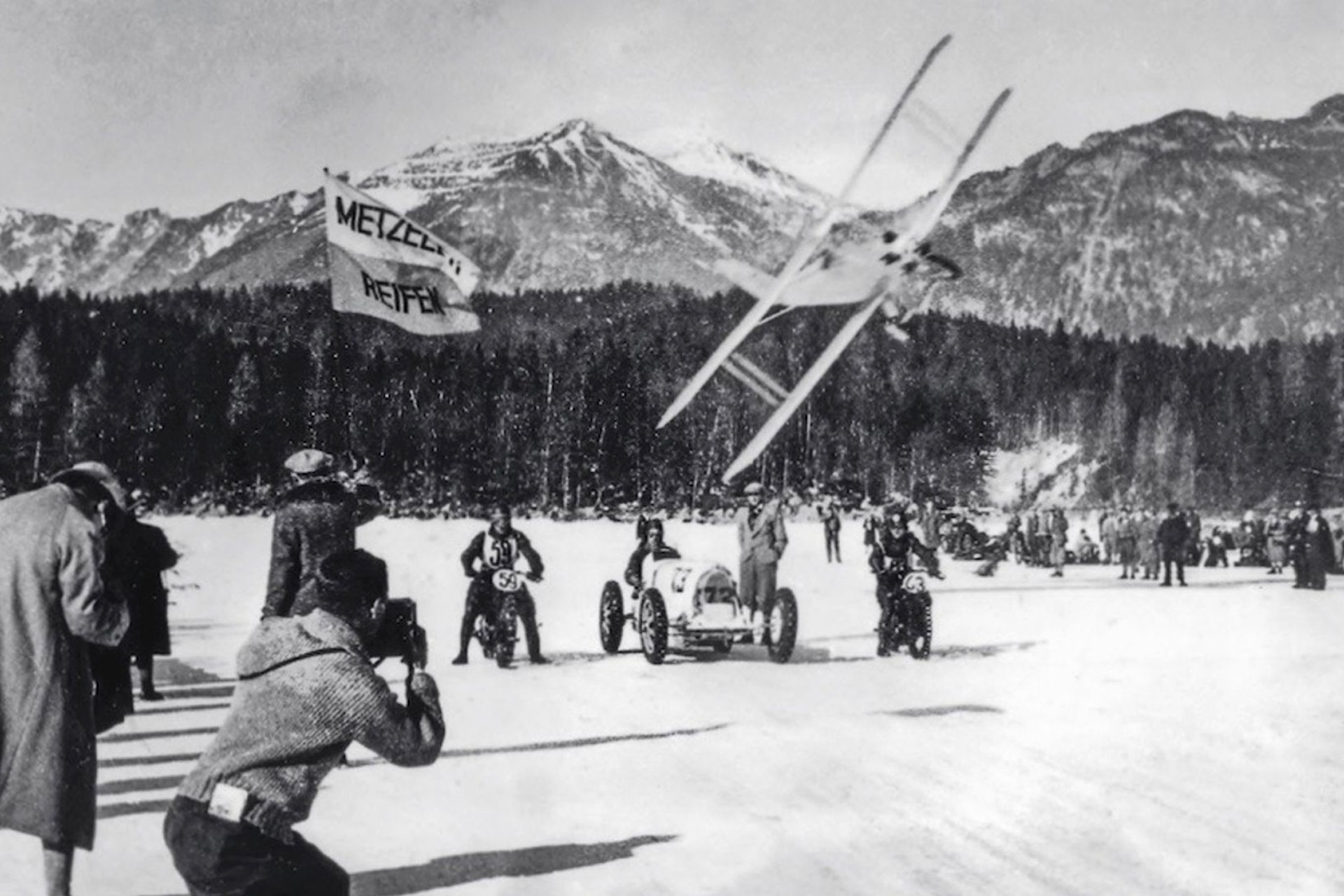 Due to the pandemic, spectators weren’t in attendance at this year’s event, named ICEolated, that took place at Zell am See in Austria, but that didn’t stop the automotive hardware from showing up. The Baby II EV was joined on the course by a classic Type 51 which also raced here all the way back in 1960. Thankfully, the Baby II wasn’t needed for any major accidents but it still had the chance to get out on the track as it towed skiers behind it.

Of course, this wasn’t just a standard Baby II EV. Studded tires, safety car-style hazard lights, and a limited-slip differential all come together in what Bugatti calls ‘Ice Spec’. Those modifications can go a long way when it comes to providing traction to even the most powerful cars and that was proven at the event.

Lots of serious performance machines showed up to kick up some snow including a Ferrari Testarossa, a Lamborghini Huracan EVO, and even the insane Aston Martin Bulldog. Those cars might have been upstaged by the Audi RSQ e-Tron from the Dakar Rally and Ken Block’s S1 Hoonitron, as well as Max Verstappen who showed up and drove some laps in his Red Bull F1 car.