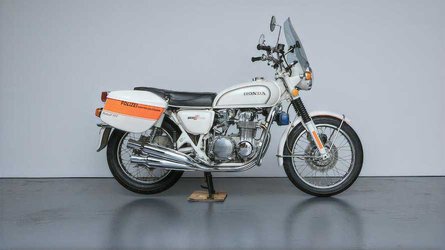 That’s when the single worst crash in motorsports history took place at the 24 Hours of Le Mans. In a single catastrophic event, Mercedes driver Pierre Levegh and 84 spectators were killed and at least 120 more people were injured. In the wake of such unfathomable horror and loss, the neighboring nation of Switzerland took swift, decisive action and banned racing, seemingly forever. In 2015, the all-electric Formula E series managed to convince the national government to lift the ban for electric vehicles, leading to both a Formula E vehicle demonstration on the streets of Geneva, and a full-on Formula E GP in Zurich in 2018.

Fast-forward to 2022, and the latest attempt to revise that 1955 ban should be heard before two chambers of the Swiss government in the coming months. The National Council, which is the lower house of the Federal Assembly of Switzerland, is currently scheduled to consider lifting the ban sometime in spring, 2022. Meanwhile, the Council of States (which is the upper house) will take up the issue in summer of the same year.

It’s not the first time that legislators have tried to lift the ban—but so far, none of those previous attempts have met with success. Arguments that vehicles, safety standards, and technology have all changed significantly in the past 67 years are most definitely expected. Will they have the desired effect? That, of course, remains to be seen.

What about Switzerland and speed? For those unfamiliar, Switzerland is notorious for its serious crackdowns on speeding vehicles on public roads. As just one example, back in 2010, a Swedish driver caught speeding in his Mercedes SLS AMG made international headlines for getting clocked at a speed of 290 kilometers per hour (about 180 mph), which was 170 km/h over the speed limit. He was fined the equivalent of $1M, a record at that time. In Switzerland, speeding fines are calculated based on both the egregiousness of the speeding and the wealth of the offender.

Legislators are also reportedly considering changes to Switzerland’s speeding fine system, on top of reconsidering the federal circuit motorsports ban, according to Motorrad. If these rules do change, that could affect riders on European roads significantly down the line. We’ll be sure to keep you up to date whichever way the legislative winds blow in the coming months.