Nicholas Latifi was inadvertently caught up in the controversy surrounding last December’s Abu Dhabi Grand Prix, but the Canadian says he has now moved on from the drama that took place at Yas Marina.

Latifi’s crash in the closing stages of F1’s title decider triggered the safety car and a change of procedure that led to Max Verstappen snatching the title from Lewis Hamilton after a one-lap shootout between the two drivers.

Two months on from the contentious events that unfolded in Abu Dhabi, Latifi says he has put the moment in the rearview mirror but admits enduring a “tricky” period.

“I already feel that it’s kind of behind me. It’s past,” Latifi told Sky Sports F1 at Sunday’s Autosport Awards.

“It was obviously a very tricky few days with everything going on afterwards, but it’s part of the sport. It’s kind of what I was expecting to happen, as I kind of mentioned in the [social media] post. 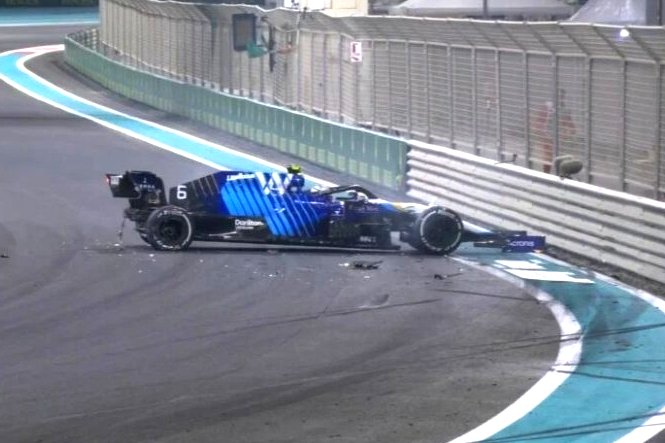 However, as the debate over the Abu Dhabi Grand Prix and the fate of F1 race director Michael Masi continues to linger, the 2022 season can’t start soon enough as far as Latifi is concerned.

“For sure, once the season picks up, it gives something more important for people to talk about!” said the Canadian who is set to embark on his third campaign with Williams.

The post Latifi: Abu Dhabi drama 'long in the past for me' appeared first on F1i.com.