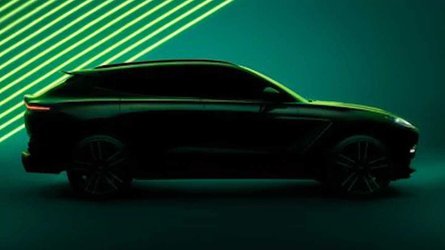 Aston Martin is about to introduce a hotter version of the DBX. Supposedly called the DBX S, there have been several sightings of its prototypes since last year. The automaker then released its first teaser last week, which came with a bold claim that it’s “the world’s most powerful luxury SUV.”

Now, the third iteration of the Aston Martin DBX takes shape in another teaser, posted by the Gaydon-based automaker on its Facebook page. The teaser comes in the form of a shadowy image of the SUV on its side profile, showing some design deviations from its standard version.

Based on the teaser, it seems like the DBX S will have a huge diffuser on its rear bumper, while the front splitter is also noticeably big at the front. Apart from its different wheel design, those two are the only apparent changes in the hotter DBX, though we’re waging that there’s more to see once the automaker finally reveals it in the metal on February 1, 2022.

The supposed Aston Martin DBX S will stand as the new top-spec trim in its range, following the V8-powered version available globally and the inline-six-powered model exclusive for the Chinese market.

The juiciest bit that will arrive with the DBX S is its powertrain that will back the British marque’s bold claim. Being the world’s most powerful luxury SUV means that it should outdo the 631-hp Porsche Cayenne Turbo GT and the 641-hp Lamborghini Urus.

Will the DBX S be powered by a V12? That’s still a question at this point but lest we forget, the automaker has its own twin-turbo V12 that powers the DB11 and DBS.

The standard DBX has become a cash cow for Aston Martin, outselling all of its stablemates combined. The introduction of a hotter model should further reinforce its position as a top-seller.