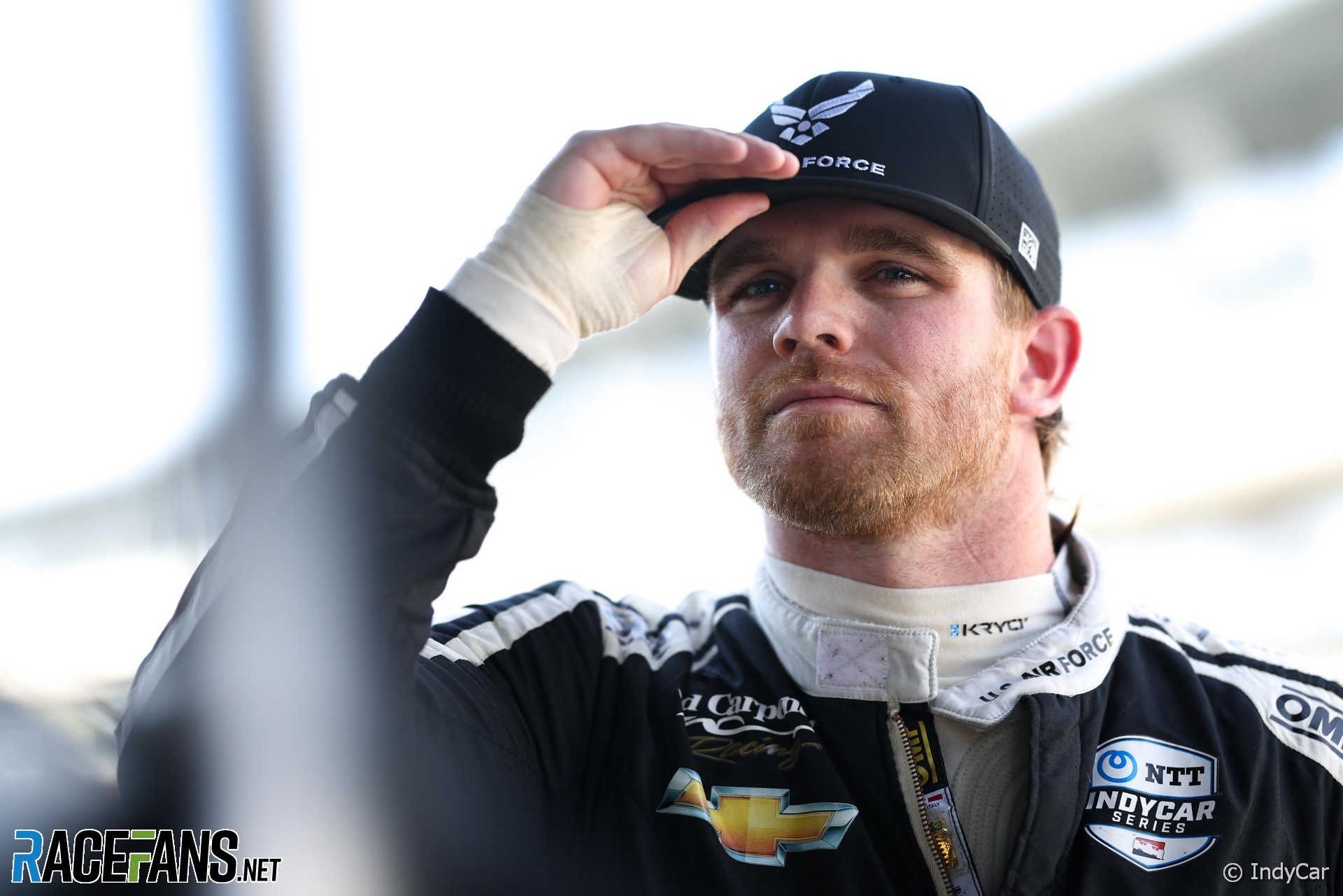 Conor Daly will race full-time in IndyCar for Ed Carpenter Racing this year after the team landed a new sponsorship deal with a cryptocurrency mining company.

Daly contested the full IndyCar season in 2021 but divided his duties between the Carpenter squad and Carlin, contesting the oval events for the latter.

Carpenter has announced a “multi-year” deal with BitNile which will see Daly drive their number 20 car in all 17 races of this year’s championship, which begins at St Petersburg next month.

Daly placed 18th in the championship last year. The team subsequently announced it had lost the backing of the US Air Force which sponsored Daly’s car in 2021.

This year will be the first time Daly has contested every round of the IndyCar series for the same team since his 2017 stint at Foyt. “Being chosen to represent BitNile is without a doubt one of the most important opportunities of my career,” he said.

“This is an incredible partnership that we look forward to being able to strengthen and grow as we go after race wins together.”

As well as being the primary sponsor of Daly’s car, BitNile will be an associate sponsor of the number 21 Carpenter entry driven by Rinus VeeKay. Carpenter ran sponsorship from cryptocurrency, Bitcon, on VeeKay’s car at the Indianapolis 500 last year.

Team owner Ed Carpenter will drive a third car for the team at this year’s Indy 500. He is weighing up whether to participate in the four other oval races on the schedule, which are at Texas, Gateway and a double-header at Iowa.