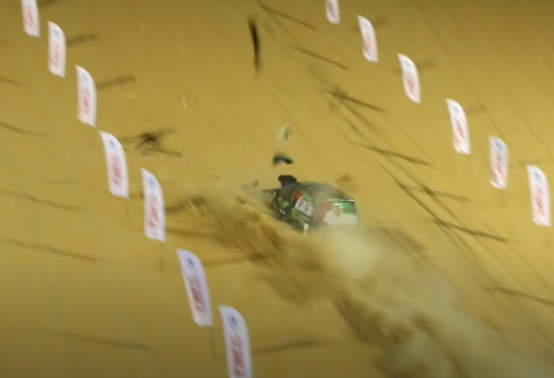 Seeing cars, trucks, and buggies hauling ass up giant sand dunes is something we’ always like watching, but seeing it going down on the dunes of Liwa in the United Arab Emirates is an entirely different thing. First off the dunes are giant. Like nothing we’ve ever seen giant, and they run up them in Nissan Patrols, Land Cruisers, and other SUVs that make insane power from everything from naturally aspirated 6 cylinders to twin turbo and screw blower monstrosities. It is truly a spectacle and seeing them go this quick and fast up a dune is something you have to see to believe. But it isn’t just the performances that are awe-inspiring, it’s the carnage as well.

In fact, they sometimes bring a whole new meaning to running over your own crankshaft, because they in fact do sometimes. Just watch the video. These engines and drivetrains are being pushed to their limits even if the wheels are spinning the entire run. It’s serious power and serious wheel speed, that’s for sure. One of the trucks in this video loses a front tire and it blows all kinds of stuff apart and does so in a matter of milliseconds. Check it out.

Look Out For The Cheetah – Ride Along At Goodwood At Duncan Pittaway Fights For Control The Whole Way Up!