When Max Verstappen was anointed as the 2021 Formula 1 World Champion in the 2021 Abu Dhabi Grand Prix, a new country joined the club of having at least one World Drivers’ Championship. If you believe that a new country will join the list in 2022, there might be some truth to that, due to the huge 2022 regulation changes in the sport, and you could test your luck by using bonuskod bet365 and hope for the best.

The Netherlands, which had 16 Formula 1 drivers in its history, joined the club as Max Verstappen became World Champion in his seventh season in motor racing’s top circus. The first Dutch drivers in F1 history were Dries van der Lof and Jan Flinterman, while Verstappen is the only Grand Prix winner on the list. 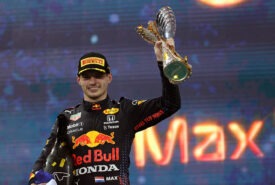 Before the Netherlands, Spain was the most recent country to integrate the list, as it had its first F1 champion when Fernando Alonso became a two-time World Champion in 2005 and 2006.

Along with the Netherlands, there are six other countries that have only one driver who managed to reach the ultimate goal in Formula 1, while there are three other countries with drivers who won just one title.

With the Netherlands’ addition in 2021, there are 15 countries with at least one Formula 1 championship-winning driver. In this article, we will list the 15 countries, starting at the top, and give you the drivers and the year in which each F1 title was won.

Let us take a look.

12. New Zealand: One World Drivers’ Championship with one driver.

13. South Africa: One World Drivers’ Championship with one driver.

14. Canada: One World Drivers’ Championship with one driver.

15. Netherlands: One World Drivers’ Championship with one driver.