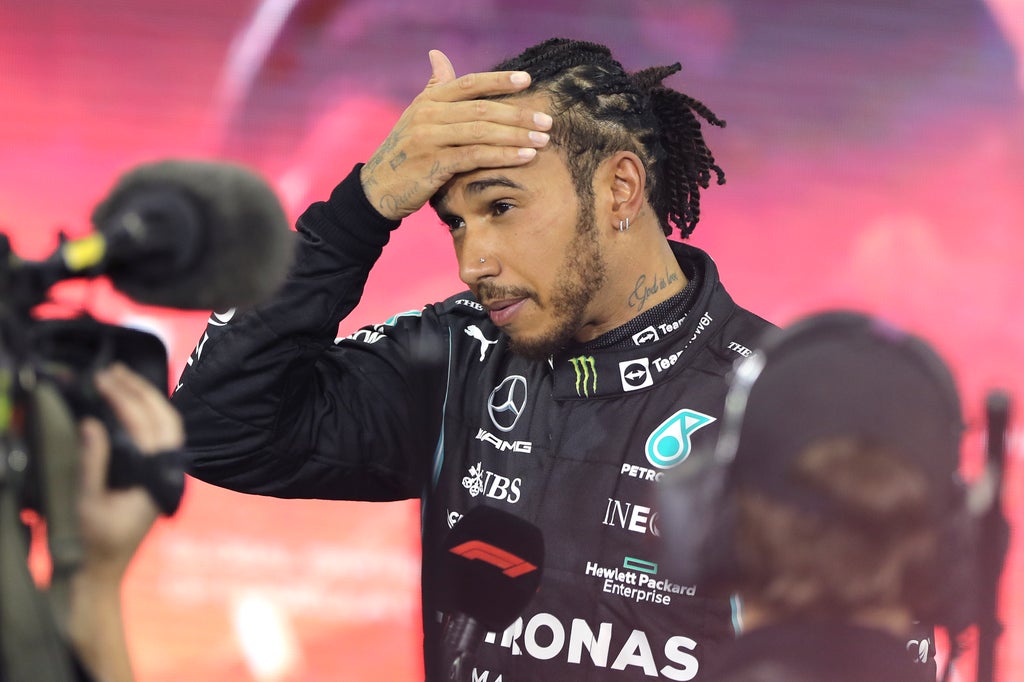 Lewis Hamilton’s F1 future remains unclear with no commitment yet from the seven-time world champion that he wants to return for the 2022 season to unseat Max Verstappen after his maiden championship win with Red Bull.

The Mercedes star came unstuck against the Dutchman in the controversial Abu Dhabi Grand Prix but has since remained off the grid without a hint over his future in the sport. Four-time world champion Alain Prost rates the chances of a return at only “50-50” with suggestions growing that the results of an inquiry into the season-ending race could prove key to his decision.

Some questionable decisions from race director Michael Masi may spark change in the sport, with Toto Wolff furious in the aftermath of the drivers’ world title slipping away from Mercedes. Nico Rosberg has recently discussed the events that unfolded and Masi’s role: “It was good what they [the stewards] did in the incident at the beginning of the race, but actually there I think it went Lewis’ way and he should have let him past,” Rosberg told Sky F1. “So it’s really one-one in terms of fundamental decisions during the race.”

Elsewhere, Sebastian Vettel’s future has been discussed with Bernie Ecclestone touting him for a return to Red Bull to prove he still has the speed to compete with the very best drivers. Follow all the latest news below.

Carlos Sainz has spoken about a period of “adaption” at Ferrari and the competition with teammate Charles Leclerc.

“At Ferrari, I’ve come up against one of the fastest drivers I’ve ever faced. A very complete driver,” Sainz said.

“I came from two very good years at McLaren. I wasn’t afraid to take on anyone or anything. The first half was tough.

“I had to adapt, but in the second half I started to go very fast and feel very comfortable with the car.

“That allowed me to do results and races at the level I expected of myself.”

Carlos Sainz had admitted that his impressive P2 finish to clinch a podium spot at the Monaco Grand Prix was the “least enjoyable of my career”.

A tough break in qualifying left Sainz fourth on the grid, and unable realistically to catch Max Verstappen, who ran away with the victory.

“Monaco is the least enjoyable podium of my career,” the Spaniard told Marca. “I was really pissed off on Sunday. What happened with Charles and all that [in qualifying].

“I remember that I didn’t recover from the disappointment for three days because it was my first chance to win a race and to take pole.”

The pair drove alongside each other for DAMS in 2018, combining for five victories in the Formula 1 feeder series.

“They have been team-mates in ’18 in [GP2] and they appreciate each other very well,” Capito told GPFans.

“Nicky was extremely happy when he got to know that Alex will join the team. I think that gave him even the motivational boost that he can race again with Alex.”

Sebastian Vettel admits Formula 1 has “some catching up to do” concerning the importance of mental health.

Daniel Ricciardo has spoken about the impact of time away from his family due to Covid restrictions last year, while his McLaren teammates Lando Norris highlighted issues within the sport concerning the subject last year.

And the former world champion maintains there is plenty of work needed to improve the situation.

“I think mental health is just as important, if not more important, than physical health,” the Aston Martin driver said, according to Speedweek.com.

“If you break your leg or feel pain in your body, then we all see it as advisable to see a doctor for help, but we don’t think so when it comes to mental health.

“I think there is still some catching up to do.”

“I just wish the season could have been decided in a fair way,” former F1 driver Stefan Johansson has written in his blog.

“I’ve had messages from so many people within the racing industry and they mostly say that was the last F1 race they will ever watch.

“We all love the sport but it’s hard to get enthusiastic when stupid things like that keep happening.

“There is a definite split though. The people watching that are more fans than actually in the business, they all loved the way it finished, and all the people that are in the business are really upset and are all talking about tuning out and not bother watching anymore.

“From the point of view of Liberty, I think it’s quite clear who the winner of the two will be. I just hope there will be a sensible balance going forward.”

Daniel Ricciardo admits his homesickness due to the Covid-19 pandemic played a part in his underwhelming performances in the 2021 season.

The McLaren driver finished eighth in the final standings, 45 points behind his teammate Lando Norris.

“With anything, to perform well you also need to be in a good headspace,” Ricciardo said. “Therefore your outside life needs to be going well, your relationships. It kind of all reflects on to your training, your energy, your mood.

“I’m used to not having [family] around. But again, not having that for so long, and missing things and even my friends back home, not having them to even switch off with, get away for a weekend or let’s go wherever, let’s just get away and not think about F1, I also didn’t have that escape.

“That made the grind of the first half of the year just more taxing. So I think it was harder for me to be like pumping with energy and positiveness and all that sort of stuff. I still found a way to, but I had to work a lot harder for it. And that I think was taxing in itself.”

Daniel Ricciardo maintains F1 drivers’ emotions are often overlooked from the outside.

Ricciardo, who is from Australia, was unable to visit his family 2021 due to travel restrictions concerning Covid-19.

And the McLaren driver admits he was homesick a lot, impacting his feelings throughout the season.

“Yeah, it does. I think with anyone in the spotlight or anyone on TV, sometimes to the outside they are not seen as, like, real people,” he said, quoted by Autosport.com.

“It’s like, if you’re an actor…oh, that’s Brad Pitt. He’s superman. He could do anything or whatever. Like he doesn’t get sad or emotional or whatever. But as you know, you guys would feel it, we travel so much that you do miss loved ones. So having that kind of times 10 is tricky.

“I wouldn’t say it affects me in the act of driving. But particularly when maybe it doesn’t go well, then it definitely has an effect because all you want is some of that support and family love. And also when it doesn’t go well, you can also feel very lonely.

Formula 1 engineers will perform some “trickery” to capitalise on the sport’s new regulations, according to McLaren technical director James Key.

After a thrilling 2021 season which saw Lewis Hamilton and Max Verstappen dominate throughout, F1 has drafted in new regulations to shake up the sport in pursuit of greater variance.

The sport will see a change to the aerodynamic composition of the cars. While simplified front and rear wings should result in minimal turbulent air created as well as enabling cars to follow through technical sections across all the circuits on the schedule.

And after much discussion and debate surrounding rear wings and more stringent FIA tests, Key has shed light on the impact they will have next season.

“I think the sensitivities around elastics certainly have changed,” Key said. “It’s well understood that from the regulations that have been discussed of late with how to better manage flexible…I shouldn’t say flexible components but components that can flex and make a difference is probably more accurate.

Theo Pourchaire ‘proud’ to link up with ART ‘family’ once more

Theo Pourchaire admits he is “proud” to team up with the ART ‘family’ for the 2022 Formula 2 campaign.

A Sauber junior driver, Pourchaire created history last season becoming the youngest driver to ever win an F2 race with his sumptuous drive in Monaco.

“It’s an honour for me to work with such a great team. This will be our third year together and it has become like family to me. To continue with them in the pre-cursor to F1 is very exciting.

“I would like to thank the Sauber Academy for accompanying me once again. It will be a busy year and I want to have fun and gain experience for my future.

“We are more determined than ever and we will be aiming for the F2 title”.

Carlos Sainz has spoken about a period of “adaption” at Ferrari and the competition with teammate Charles Leclerc.

“At Ferrari, I’ve come up against one of the fastest drivers I’ve ever faced. A very complete driver,” Sainz said.

“I came from two very good years at McLaren. I wasn’t afraid to take on anyone or anything. The first half was tough.

“I had to adapt, but in the second half I started to go very fast and feel very comfortable with the car.

“That allowed me to do results and races at the level I expected of myself.”

Russell was ‘let down by his car’ in Q2 exit, says Wolff · RaceFans

Russell was ‘let down by his car’ in Q2 exit, says Wolff · RaceFans