This is the only Ferrari Meera S that was ever built, it was designed by the great Giovanni Michelotti in 1983 for the King of Arabia’s son, Prince Saoud, in honor of his “lady of the moment.”

Interestingly this would be the final Ferrari ever styled by Michelotti, it was based on the Ferrari 400i however it was vastly modified with some reports indicating that the total cost of the car was close to $1 million USD.

The Ferrari 400i History + Specifications

The drivetrain of the Meera S remains untouched, with power provided by the legendary Colombo V12. The 400i is powered by a 4.8 liter version of the engine with fuel injection and double overhead cams per bank, producing up to 311 bhp at 6,500 rpm depending on model year. 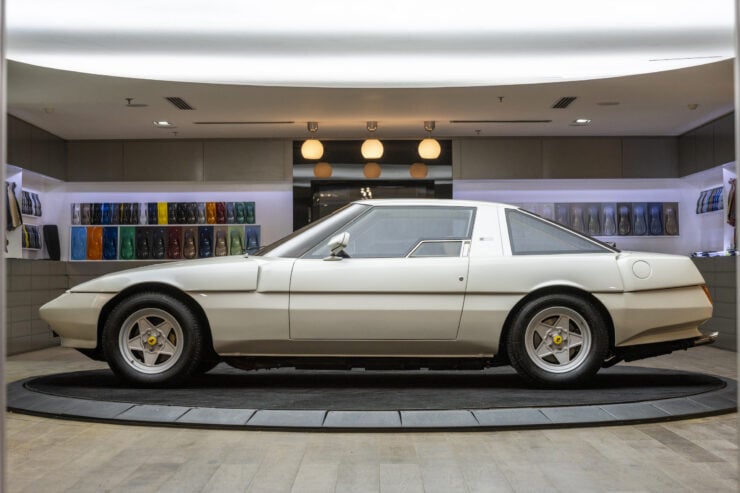 The Meera S exudes pure 1980s styling and some argue it’s a better overall design than the controversial 400i that it’s based on.

The 400i was built on a modified version of the tubular steel chassis from the earlier Ferrari GTC/4, suspension is independent all around, with double wishbones, coil springs, a tubular shock absorbers at each corner.

The bodies were built in steel by Pininfarina at its Turin plant, though fiberglass floors were used for weight reduction, Ferrari would then assemble the cars at their own factory.

Interestingly Enzo Ferrari decided not to officially import the Ferrari 365 GT4 2+2, Ferrari 400, or Ferrari 412 into the United States, instead relying on the company’s V8 offerings.

The model series would stay in production from 1972 until 1989, making it Ferrari’s longest ever production model, with 2,907 built in total. 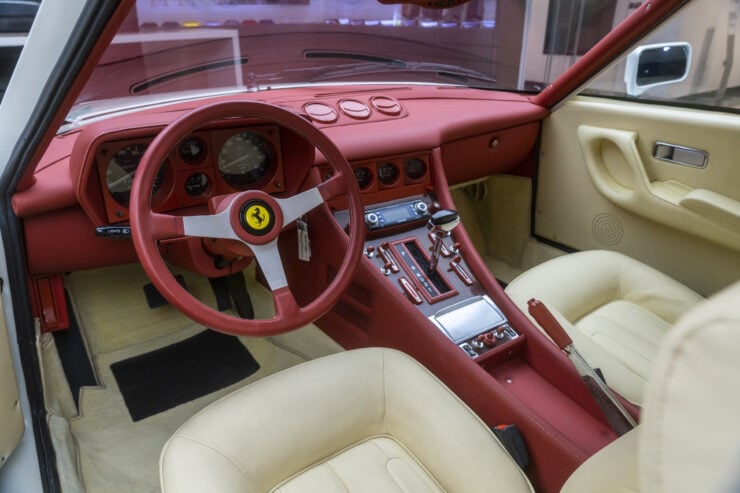 The interior of the car has been modified somewhat during its restoration, the original Michelotti Technica digital dashboard has been replaced with a much easier to maintain original 400i dash.

The 400i and its siblings have always been a controversial member of Ferrari’s back catalogue, some love them but for others the departure from the beautiful, curvaceous Ferraris of the 1960s was too sudden.

The world of one-off Ferraris is an elite space, the Italian manufacturer is famously fussy about who it sells special cars to.

The Meera S started life as a regular Ferrari 400i that was sent directly from the Ferrari factory in Modena to Giovanni Michelotti’s facilities, where it was turned into a unique car that would capture the design zeitgeist of the 1980s. 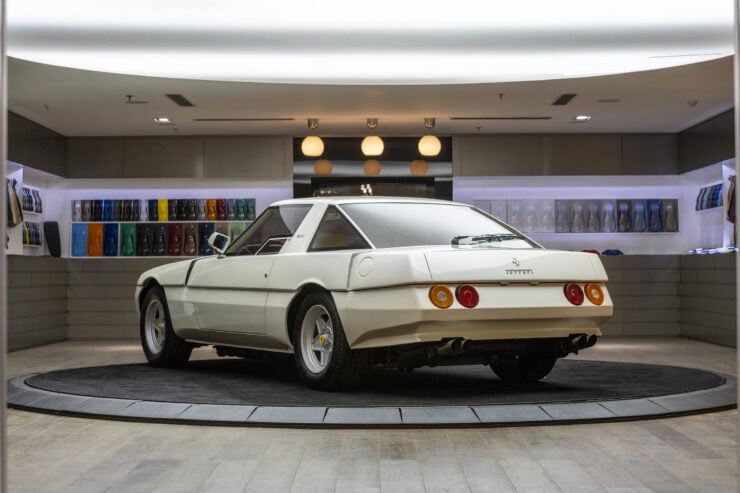 With seating for four, trunk space, and a comfortable interior featuring a rear vision camera and twin air conditioning systems, the Meera S is more practical option than most one-off Ferraris.

Michelotti worked with respect for the original 400i design penned by Leonardo Fioravanti at Pininfarina, he created a slew of new body panels and new glass for the car, with a significantly modified interior that included a new digital dashboard by Michelotti Technica and twin-air conditioning systems.

The car was ordered by Prince Saoud and named after a woman who was obviously very important to him. It was subject to €252,100 worth of restoration work by Ferrari Classiche in 2010 and it’s currently being offered for sale from a location in Dubai.

RM Sotheby’s will be rolling the Meera S across the auction block on the 2nd of February with a price guide of $100,000 – $125,000 USD, likely making it one of the most affordable one-off Ferraris in existence.

If you’d like to read more about this car or register to bid you can click here to visit the listing. 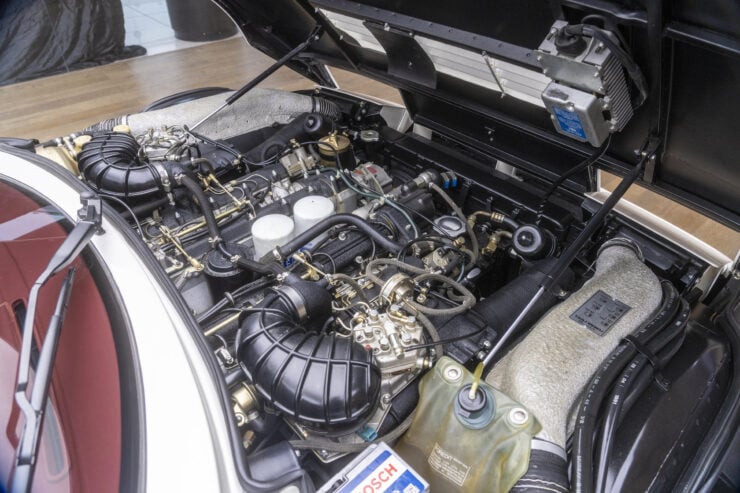 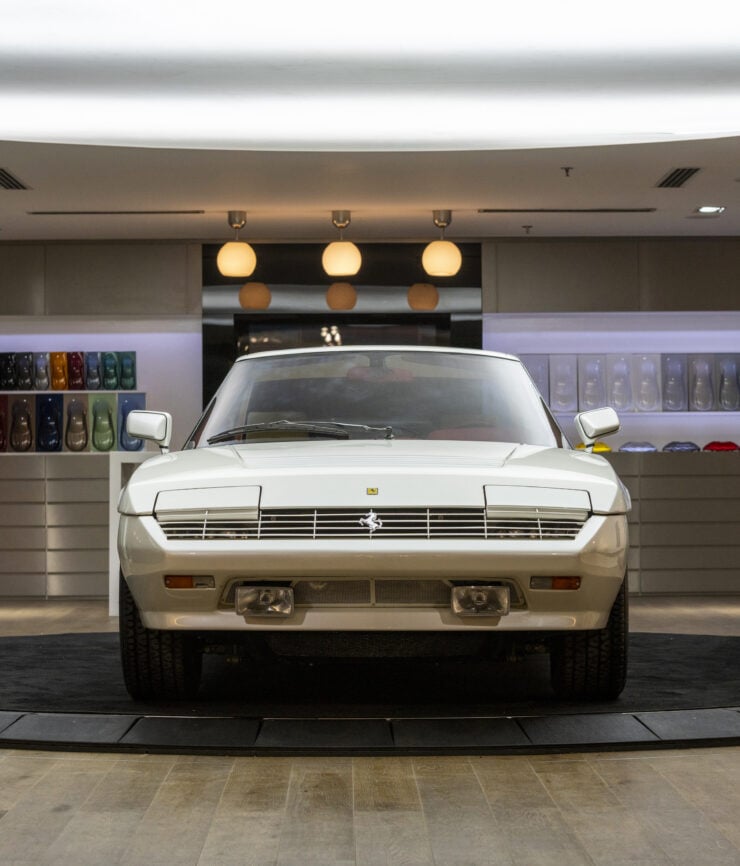 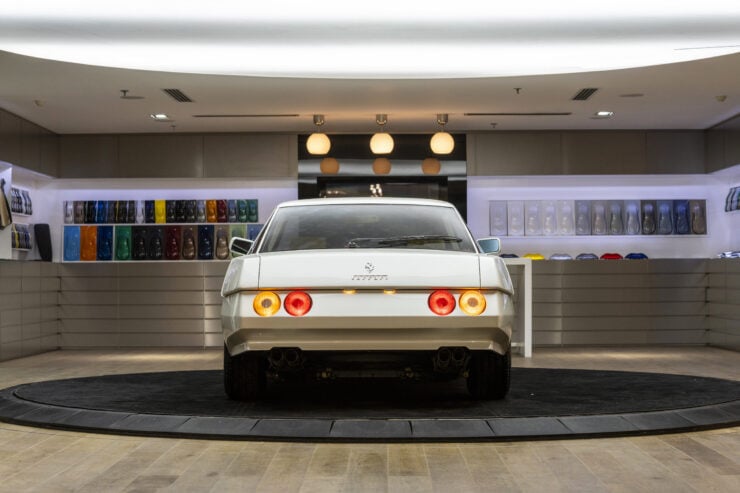 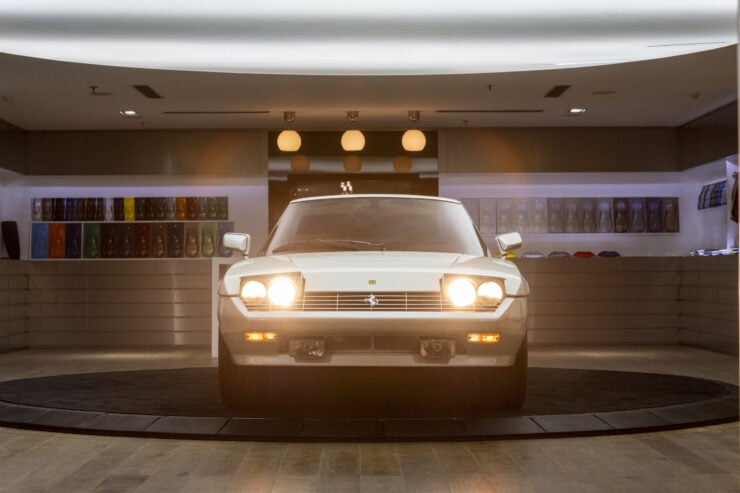 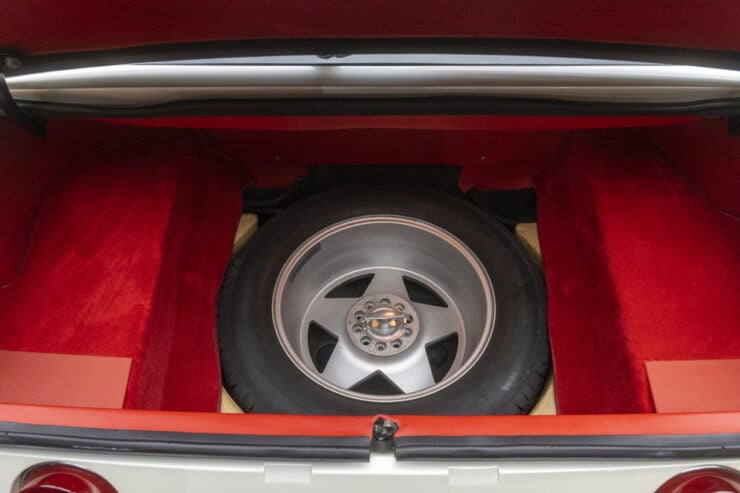 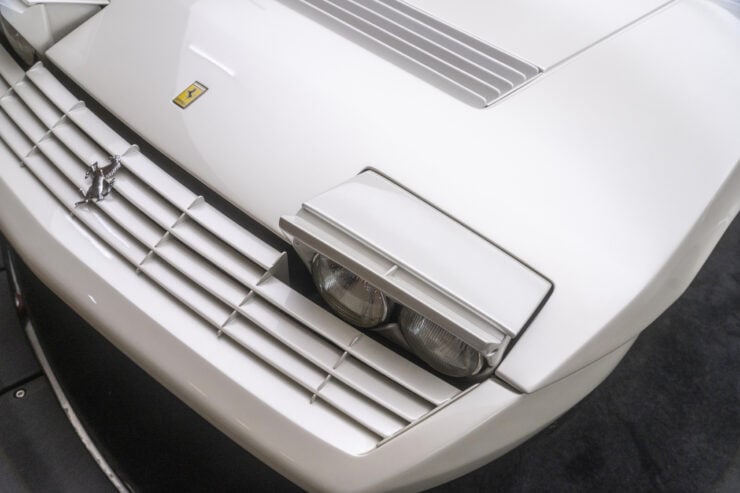 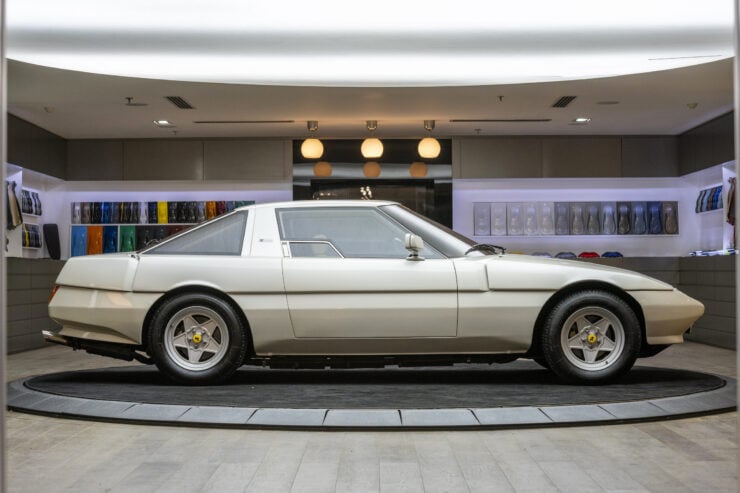 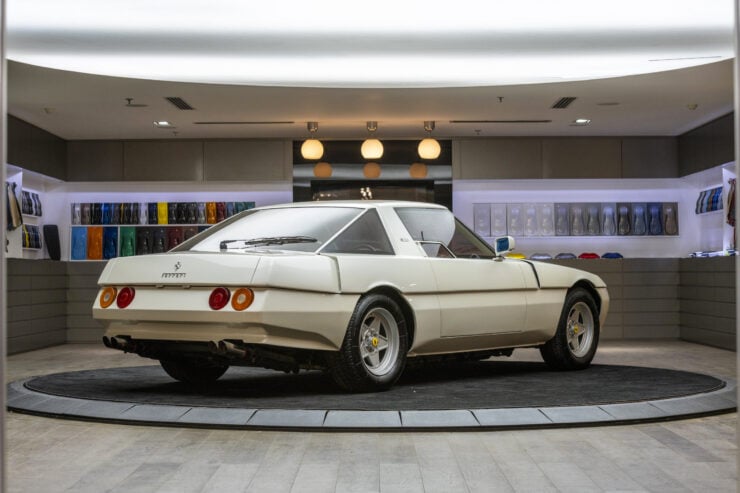 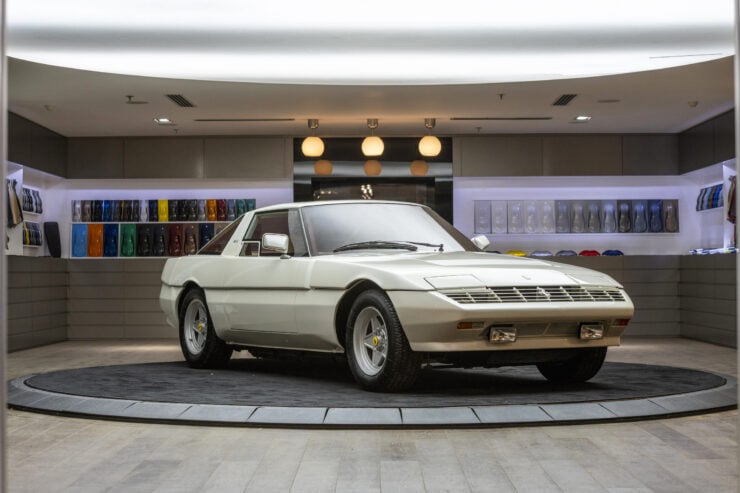 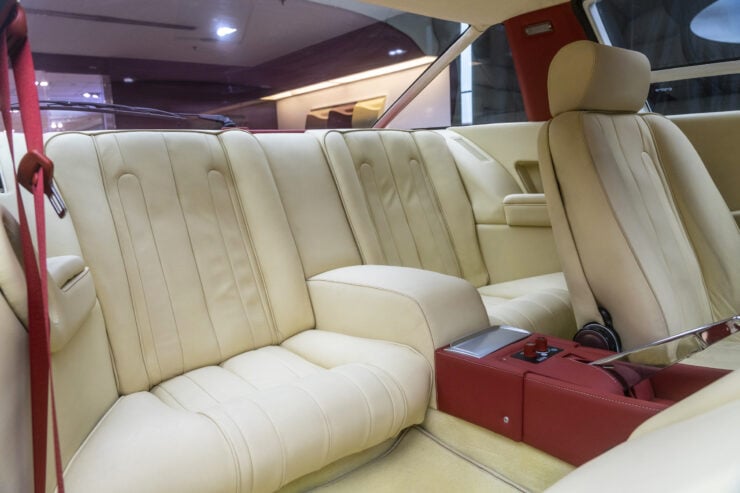 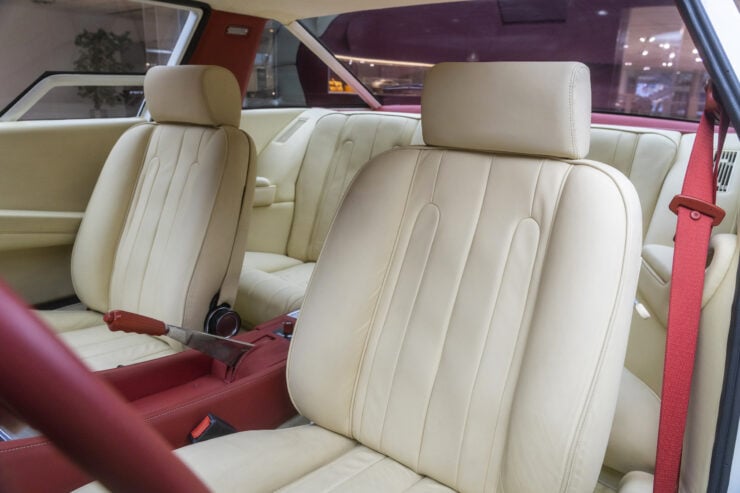 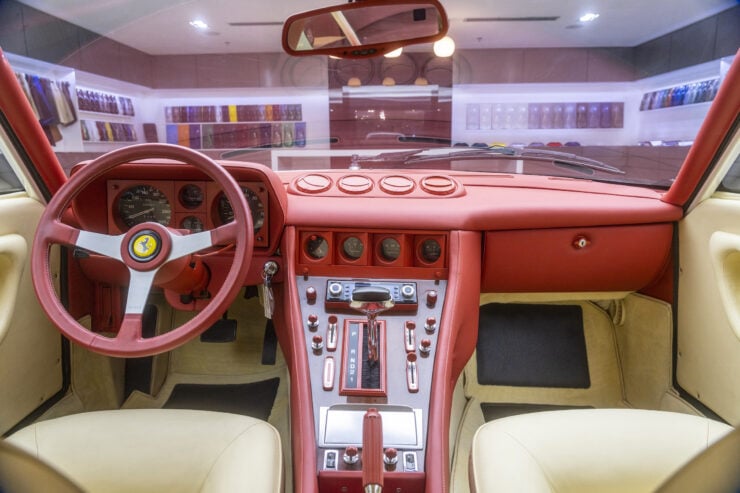