The 2022 Formula 1 season will see the return of ‘Ground Effect’ to motor racing’s biggest circus. The new cars will be quite different to the eye, while also being very different on the floor of the machine. Venturi tunnels were added underneath the cars to create most of the downforce, and avoid the massive amount of ‘dirty air’ that creates difficulties for drivers to follow others and race closely. Despite that huge change, Lewis Hamilton (if he doesn’t retire) and Max Verstappen are still Top 2 in the eyes of most oddsmakers for 2022, you can go to BetMGM and make your own pick as to who will be at the top of the standings when the 2022 Formula 1 season ends.

Of course, cars are expected to be massively different from what we’ve seen since 2017, when the dirty air increased with the bigger, wider cars that also had sensitive front wings and several aerodynamic pieces such as bargeboards and several other small components. 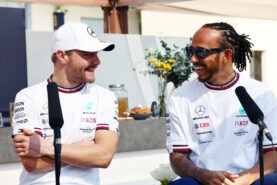 Although former Mercedes driver and now an Alfa Romeo racer Valtteri Bottas has said he doesn’t find much differences from the new cars and the old ones, based on simulator hours, that might not be the case once the real machines hit the track.

Bottas will be competing in his 10th Formula 1 season in 2022, and he and other veterans, like Fernando Alonso, Lewis Hamilton, Sebastian Vettel, Sergio Pérez and Daniel Ricciardo could be in front of one of their biggest challenges in terms of actual driving.

While Alonso, Hamilton and Vettel have had to adapt to several rule changes, and the 2021 cars are anything quite like the cars they made their respective debuts back in 2001 and 2007, respectively, it could certainly be interesting to see them working with such new aerodynamic outlook of the new Formula 1 cars.

Of course, Formula 1’s previous ‘Ground Effect’ era started in 1977 when Colin Chapman introduced the Lotus 78. Tony Rudd and Peter Wright had worked in a ground-effect car in the 1960s, while working for BRM, but the car never competed. Rudd was working with Team Lotus when the 78 was introduced, and while reliability kept the 78 from winning titles, it started the real ‘Ground Effect’ era, and preceded the all-conquering Lotus 79, which Mario Andretti drove to win the 1978 F1 World Drivers’ Championship (the 78 also won the first race of 1978). 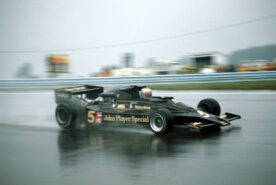 Between 1977 and 1982, when cars produced downforce through the ground effect, speed around the corners looked intimidating, while it was a generally competitive era, with four drivers (Andretti, Jody Sheckter, Alan Jones and Nelson Piquet) and four teams (Lotus, Ferrari, Williams and Brabham) winning titles between 1978 and 1982.

Huge speed around the corners will be the key in 2022. While it has been the key in Formula 1 for decades, drivers might need to be even more aggressive throughout the corners to generate even more downforce underneath the cars, thus creating a big challenge to those who have been in the sport for a long time.

Obviously, being in Formula 1 for a long time will also have a positive side for those drivers. As we have mentioned before, drivers like Hamilton, Alonso and Vettel have driven very different machinery since entering Formula 1, and the new era could be very interesting for them and a huge test for their adapting abilities.

Disclaimer:
The opinions expressed are those of the author’s and do not necessarily reflect the opinions or views of F1-Fansite.com, staff or partners.