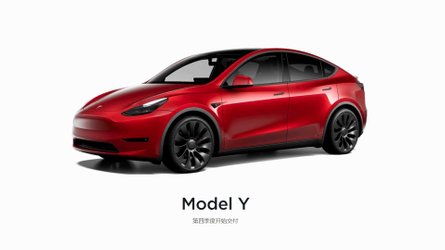 Tesla has officially announced on its weibo channel that customer deliveries of the Tesla Model Y Performance in China have started.

The Performance version is substantially more expensive, but it offers quicker acceleration and a higher top speed. The range, on the other hand, is shorter than the regular Long Range AWD version.

As we can see, within basically two years Tesla has launched two electric cars, several versions ranging from the entry-level (Standard Range) to top of the line (Performance).

The MIC cars produced at the Tesla Giga Shanghai have also a high ratio of localized parts supply, including batteries – either from LG Chem’s LG Energy Solution or CATL.

After more than 54,000 Model 3/Model Y sold or exported in October, Tesla is expected to reach even higher levels in November and December.

The next step might be an introduction of a China-designed electric car, hinted at by Tesla China Vice President Grace Tao. That would be interesting.

Meanwhile, in the U.S. and Europe, the company is working on a Model Y that will be equipped with 4680-type cylindrical cells, structural battery pack and megacastings (front and rear) that potentially could noticeably improve the product in terms of range and cost.

Perez: Jeddah track 'too dangerous for no reason'

Why the tiebreaker battle is completely meaningless