Whatever gift you’re seeking for the motorsport fan in your life, RaceFans has you covered. From bargain fun to imaginative ideas to money-no-object splurges, here are our favourite present ideas for fans of Formula 1, Formula E, IndyCar and more. 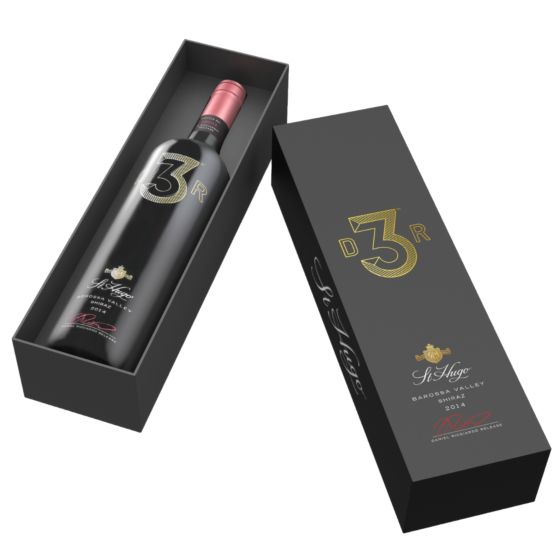 Daniel Ricciardo’s partnership with the St Hugo winery means you can get a taste of Australia without having to first reach an F1 podium and then share a sweat-sodden race boot with the man himself.

St Hugo are based in the South Australian Barossa Valley, a noted winemaking region and their shiraz is one of two red wines (the other, a cabernet sauvignon, has sold out) made in exclusive runs. Although team mate Lando Norris, who by his own admission is not a wine buff, probably isn’t rushing to buy any, McLaren fans who do like a glass of red can also treat themselves with festive gift packs of the wine including glasses. 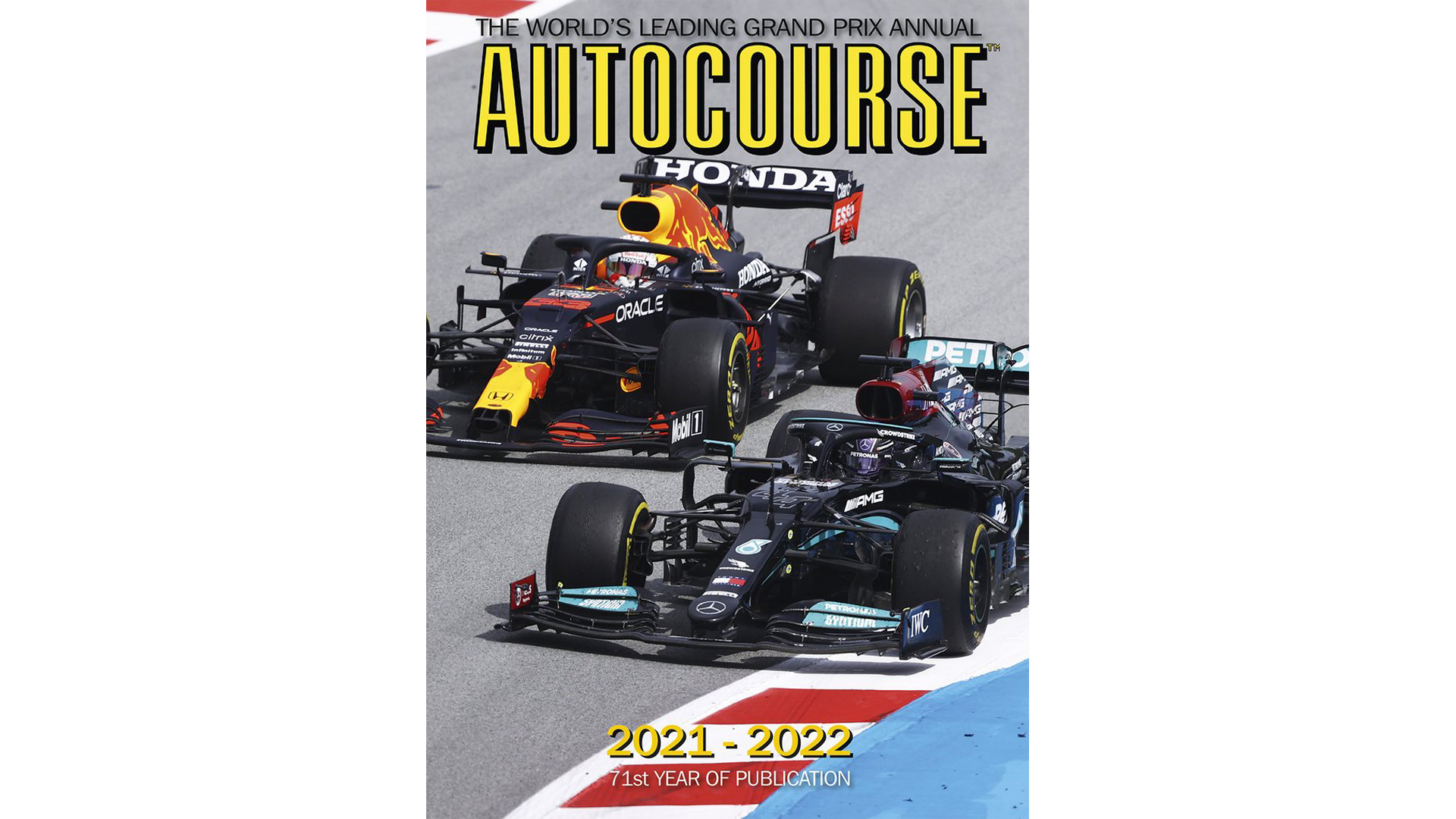 The 2021 F1 season has showcased an incredible back-and-forth between Hamilton and Verstappen – so much so that we’re still awaiting definitive artwork of this year’s Autocourse cover. The latest edition of the essential motorsport annual, covering F1 and many other four-wheeled motorsports, is available to pre-order but won’t arrive in time for Christmas due to the late finish of the grand prix season. It is expected to arrive early in January.

RaceFans Supporters can claim a discount off the price of both Autocourse and its motorcycle racing equivalent Motocourse. All Supporters on the annual payment plan and those who’ve paid monthly for at least a year will shortly receive discount codes to claim 25% off a copy of Autocourse 2021 – cutting the price to £45 – and purchase Motocourse 2021 for £38, both with free postage 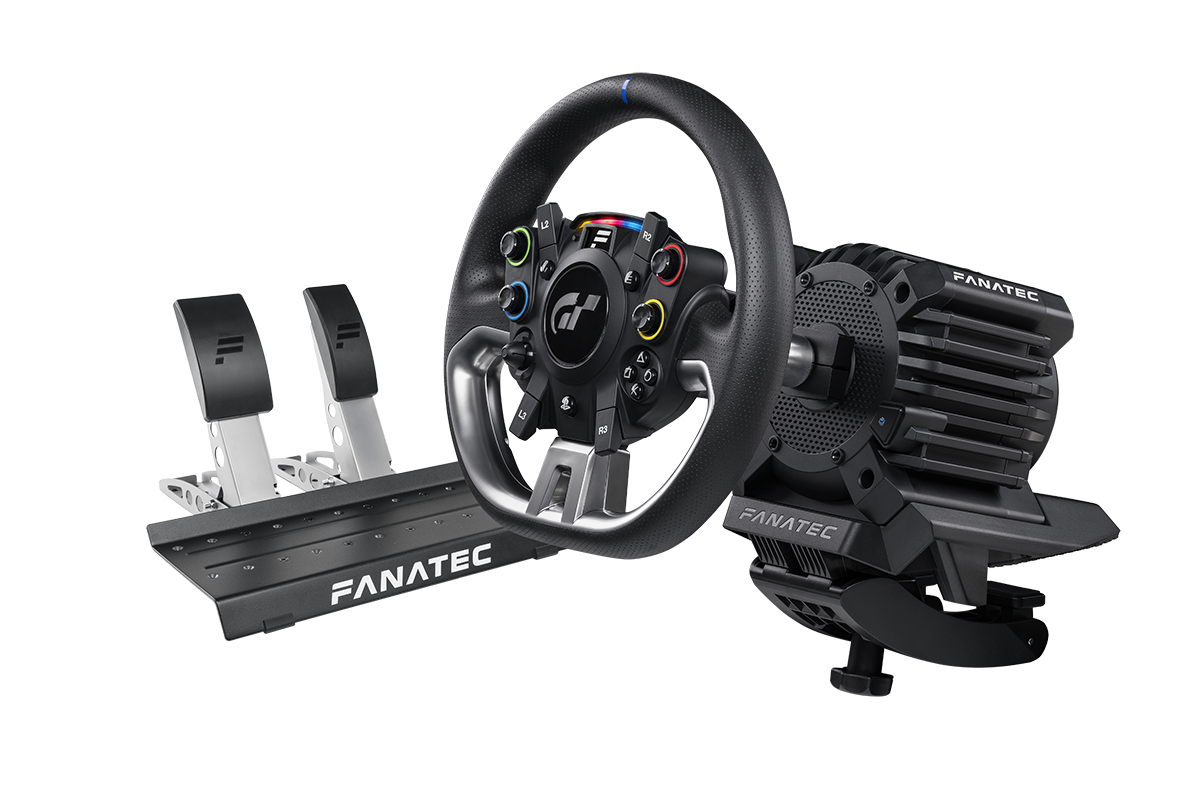 If you’re serious about your simracing, a quality steering wheel is a must-have. Fanatec, which brought high-precision direct drive technology to the mass market, has a new addition to its range. Alongside the recently-launched CSL DD for PC and Xbox, the first official direct drive wheel for the PlayStation 5 has now arrived: the Gran Turismo DD Pro (pictured).

Fanatec’s direct drive wheels feature a custom-built motor and carbon fibre composite shaft. The aluminium casing acts as a heatsink to avoid the need for noisy fans. The CSL DD base is also compatible with previous Fanatec wheels for those looking to upgrade. There are few things more satisfying to line up along a mantlepiece or bookshelf than a set of tiny race cars, which is at least RaceFans’ Formula E correspondent’s excuse for having a set of these. The 2021 season livery pack includes Venturi, Techeetah, Nissan and BMW as well as the championship-liveried show car version of the Gen2 chassis and is detailed enough you could pass it off as purely ornamental, for a grown-up fan, as well as an actual toy for the aspiring race directors you might know. 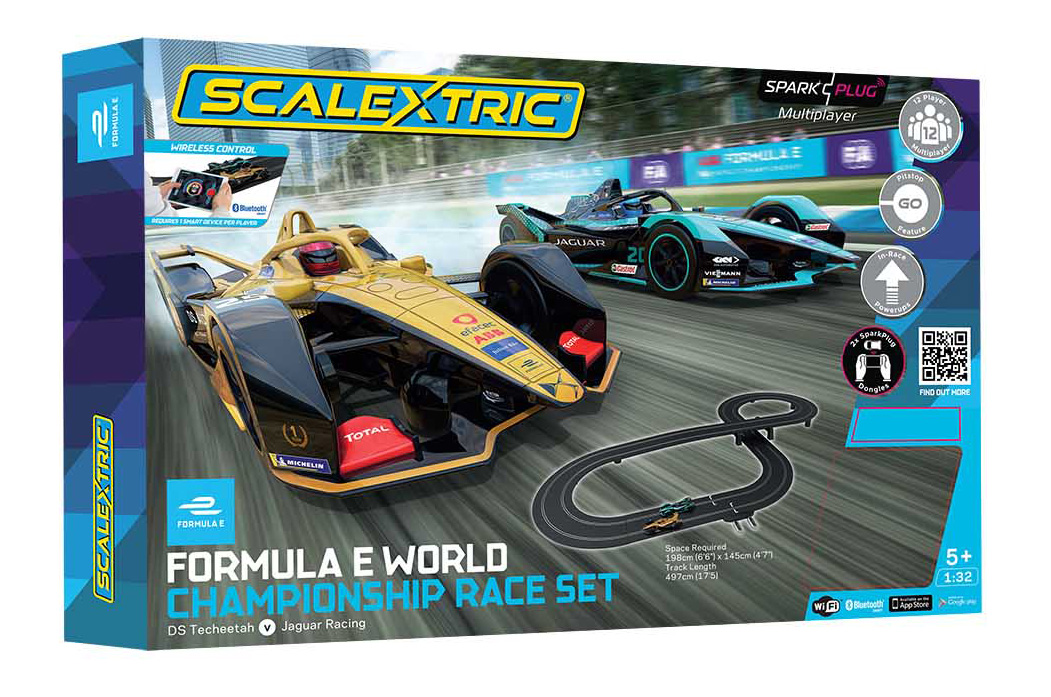 If static race cars aren’t enough for you then there’s the option to recreate what many people have claimed is the complete Eprix experience from the comfort of your own lounge, with the Formula E Scalextric track. Although not actually replicating the sound of the real world cars and with circuits considerably smoother than the street tracks FE takes to, this does threaten to accurately reproduce the carnage of turn one, with up to 12 people able to compete. A gorgeously-written tribute to Britain’s motor racing hero of the fifties and sixties, Stirling Moss, who passed away in April 2020. RaceFans gave this a five-star review back in March. 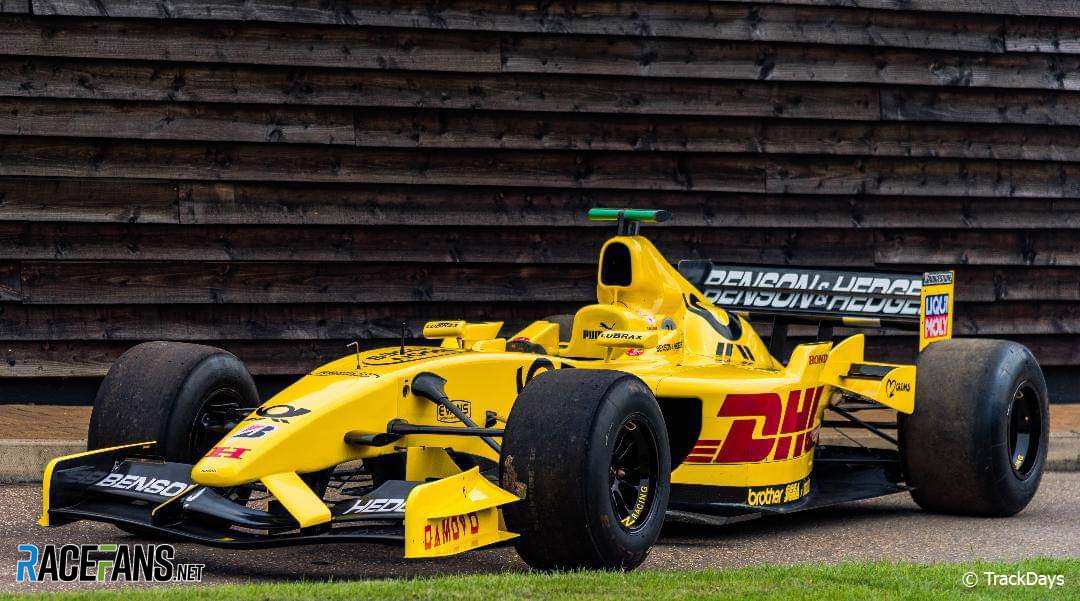 Every F1 fan’s dream has to be actually getting to drive one of the cars – and you genuinely can, as part of this track day package. The EJ12 chassis available to book time in has been raced by Takuma Sato, so is verified F1 machinery and the package includes engineering, coaching and time in multiple cars to prepare you to get the most out of the F1 experience.

Although the car has had its engine swapped, it will let you handle the inputs and steering that an F1 driver would have and its 600 horsepower should be more than enough for a test track in Hertfordshire. Drivers say their first time in an F1 car is something they’ll never forget, now those of us not eligible for superlicences have a chance. It’s been hard for fans to get to tracks, for the past few years but there’s still the opportunity to bring the tracks to fans, with some quirky decorations. A complete set of IndyCar’s tracks as simple, stark outlines is one way to cover a wall or if that seems like a bit too much of a interior design project there’s the option of a 32-circuit scratchable posted, complete with facts about each of the courses.

A Checkered Past and Indy Split 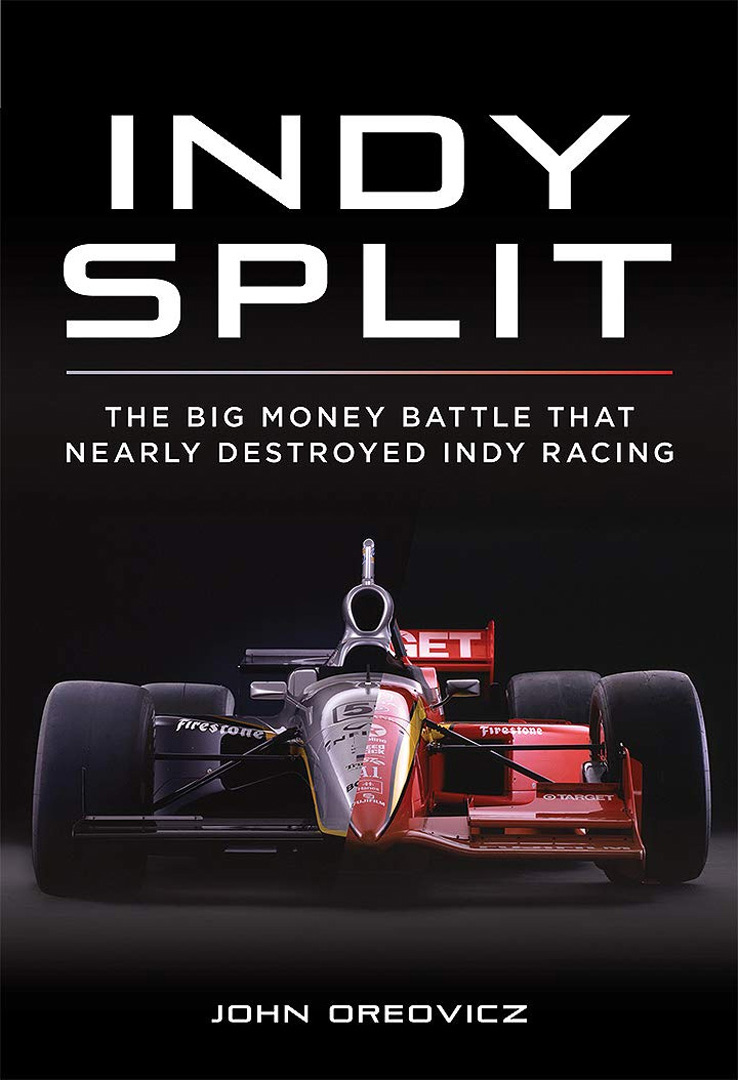 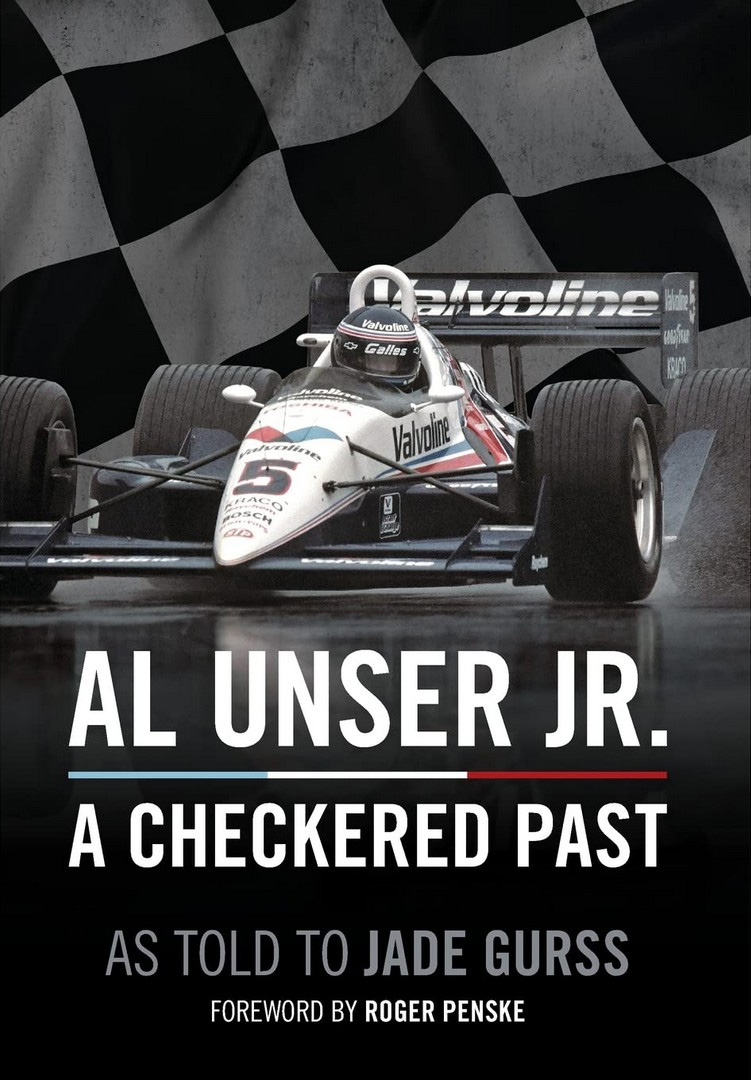 IndyCar fans have been well served by new books this year. It was too hard to choose between this pair so we’re recommending both.

Al Unser Jnr’s frank account of his battles with addiction on his way to becoming a two-times Indianapolis 500 and IndyCar champion is one of the most startling new books of the year. John Oreovicz’s Indy Split, another excellent offering from Octane Press, tells the story of the schism between CART and the rival IRL which nearly destroyed open-wheel racing in America. 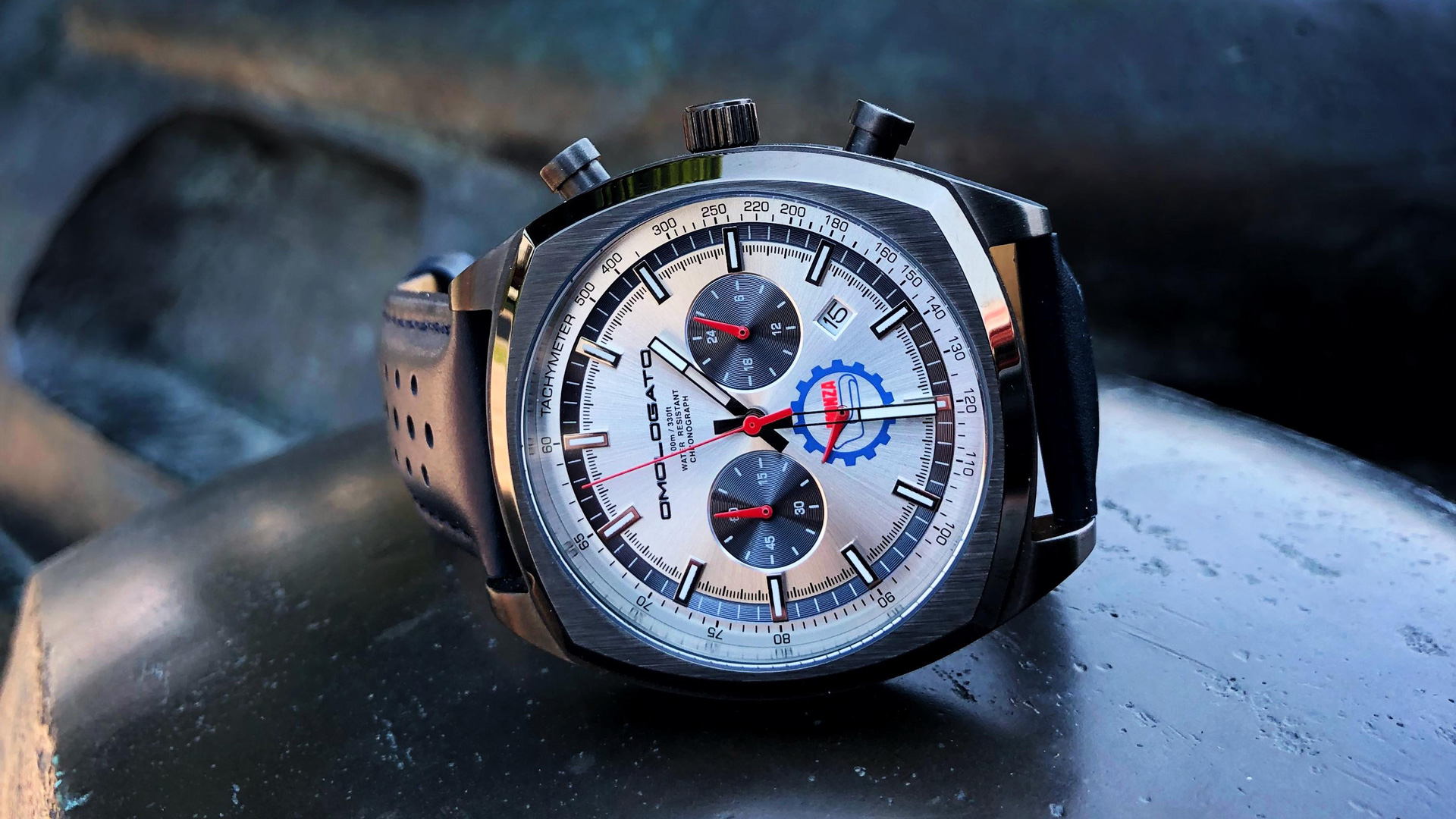 Watch sponsorship is de rigeur in F1 but the timepieces aren’t always directly racing themed themselves. In this case, however, both are – if you didn’t fancy a hoodie from the McLaren Gulf drop then you might find yourself more drawn to the pricey but classy Tag Heuer Formula 1 Gulf edition, which has the iconic blue and orange stripes as part of its design.

Alternatively, for another icon in racing at a fraction of the price, Monza’s official chronograph is made by Omologato and features detailing and colours based on the circuit. If you’re not into wine but are keener on festive consumables than acquiring anything new – or if you just regret not going to this year’s Goodwood Revival – this classic car show tin of 16 iced ginger biscuits is a detailed treat for any auto enthusiast. It includes classic Jaguars and Aston Martins and comes in a tin you can keep all your toy Formula E cars in afterwards. Some things are extremely rare; precious metals, fine craftsmanship, tyres that were actually run in a grand prix weekend by Ayrton Senna. It’s extremely good news if you have a large amount of disposable income and know someone who’d be interested in all three, as Mongrip have made a rose gold bracelet combining all of that. Part of the bracelet is formed from the actual rubber Senna drove on during the 1993 Donington Park Grand Prix, with the rose gold portion bearing Senna’s logo and in cooperation with the Ayrton Senna Institute. The only downside is that it costs €4,400 to own one of the limited-edition pieces.

After looking at the Senna bracelet, your perception of value may be sufficiently distorted to not immediately be outraged that F2 racer and Sauber junior Theo Pourchaire is offering one to fans based on his logo for the relatively modest price of €150.

If your budget doesn’t run to either of those, a much cheaper way to wear your support for a driver (on your laptop, at least) is Pierre Gasly’s range of cute stickers, perfect for any AlphaTauri fan with a MacBook. The 2022 F1 calendar is the most packed yet, with 23 races including the new event in Miami. Our friends at BoxBoxBox have produced another of their classy designs to help you keep up with what’s coming next over the course of next year’s record-breaking campaign. 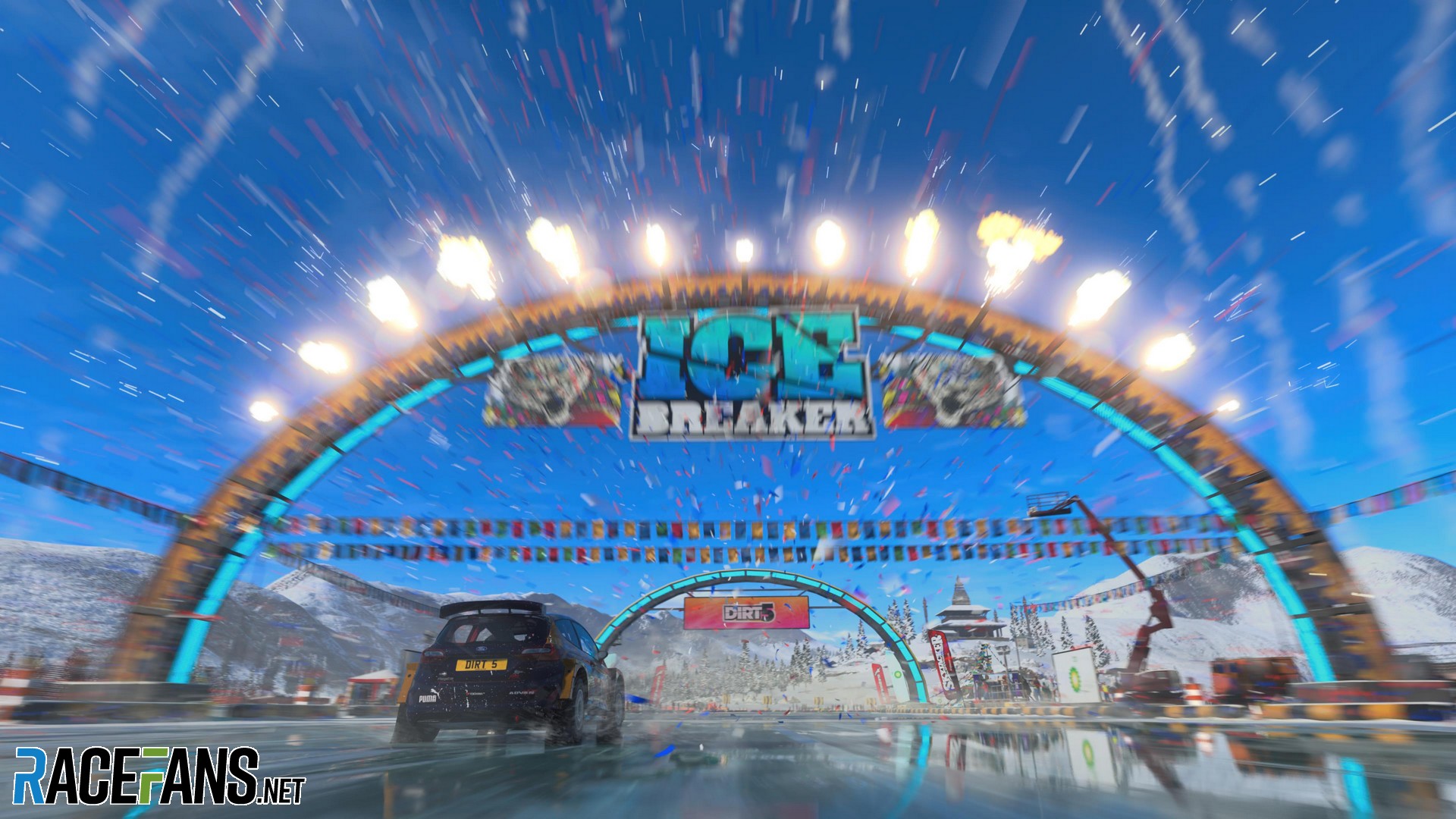 Of the racing games we’ve reviewed this year, it was Dirt 5’s rally-racing hybrid action that got the best reaction. Dotted with unreal racing stunts and extremely real worldbuilding, including an in-universe podcast with actual driver interviews, it’s an immersive game that’s ultimately incredibly fun and rewarding to play, irrespective of your skill level.

Alternatively the latest updates to the Formula 1 and World Rally Championship franchises remain as popular as ever, and both have benefitted from updated with new material since their launches earlier this year. The Formula 1 Car by Car series has also reached the nineties and some truly iconic eras of cars. From screaming (and failing) V12s to driver aide debates and the start of the Schumacher era, the 1990-99 edition isn’t to be missed.

RaceFans earns a commission on products sold via the links to our affiliate partners above, however you are not charged any extra. See here for more information.

What are your most-covered motorsport gifts of 2021? Share your favourites in the comments.